Remember the storm on Tuesday night? I know I do. Walking to the Brain on Tuesday, it felt like someone was chucking slush at my face as I held my newly-broken umbrella in front of me like a shield.

At the posted start-time of the show, the only people not with a band were myself, my friend, the bartender, and a trio of gourmet-grilled-cheese-diners. An hour and a half later, about half a dozen more people arrived and Walrus donned their guitars.

These are bearded men. Easter baskets for beards*. That’s how they do in Halifax. Oh, and they had some catchy tunes and a cool sound to chill to. (* the lead singer on the far right and the drummer on the left). 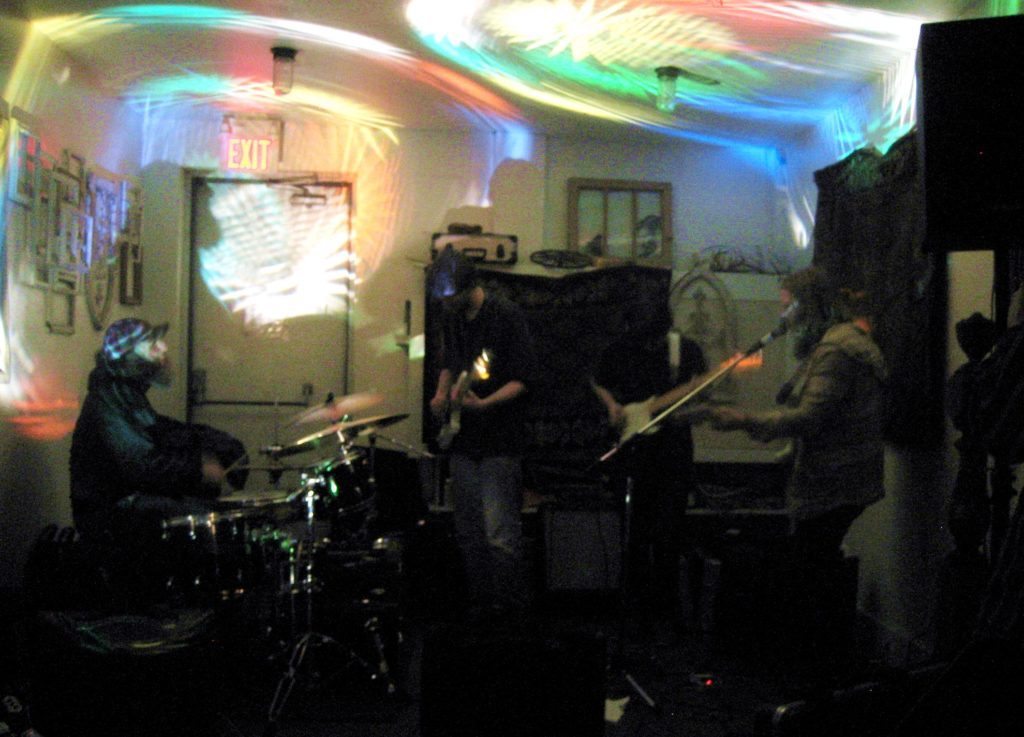 Next up was Brad Germain. I was expecting something electric and spacey like his Spruce Invaders outfit. However, Brad was solo and acoustic that night. It was a lovely set, and the crowd was silently transfixed by his alien-themed story-telling. He shared with us that he’s seen a spacecraft, and all of his songs made sense.

Lulled by Brad’s bedtime stories, I took the bench for the last set along with most of the crowd. Sheepman’s music was catchy and energetic, but not enough to wake the sleepy crowd. Another drawback to sitting against the wall was that the band’s sound echoed and distorted before it reached me- I think. As a three-piece, the lead singer was also the lead guitar, and for their style of dynamic and spaced-out music, those are big jobs. His vocal range spanned low and sultry to high shouting while the guitar line was always doing something interesting. From where I was sitting, it didn’t always sound as tight as the recordings. He was probably as sleepy as the rest of us, or maybe the echos were ruining it. Either way I would definitely trudge through another storm to see this band play again! With their creative song-writing I will be watching out for their next release.