Who: New Hands, with:  Most People, Vierance, and Hut

The guys were dancing before they started the set. Everyone appeared to be in high spirits except maybe for the lead, Spence Newell, who could have been meditating on some of the group’s darker lyrics. The songs were flawless, and the crowd gathered close to sway, twist and bob to New Hand’s smooth melodies and dancey beats. Dave, a friend of the band, had an especially good time, breaking Newell’s sultry demeanor with his unadulterated encouragement.

The band created an atmosphere of eighties nostalgia that had timeless danceability and the quirkiness of a throwback style. Newell’s rich baritone poured over the dance music like molasses. Its dark, sticky tone gives a weight to the upbeat retro-pop sound that they will be known for. As soothing as Newell’s singing is, it felt like the whole room was anticipating his impassioned shouts. Something about the contrast in textures, or how the surprise of hearing something so raw from such a refined singer made each moment amazing.

The evening was filled with great sets and New Hands capped it off in style. It was a fitting celebration for their new 7 inch which you should check out on bandcamp here.

Hut was killing it when I arrived at the Casbah. His creative and beautiful beats even got some folks dancing as early as 9:45 on Thursday. And the dancing didn’t stop when Vierance set up their strobe light and made ominous dance-music in the flashing shadows. The singer’s rich alto defined the group’s sound, reminding me of Austra and Cher.

Next to take the stage were the highly anticipated duo from Toronto, Most People. They assembled a tight cluster of drums, a laptop, and a couple dozen pedals. It’s shocking how much sound two dudes and a lot of pedals can create. Paul McEachern focused on creating beautiful ostinatos on the top frets, adding vocals and drums, while Brandon Gibson-DeGroote carried the main vocals, bass, some drums, and the laptop. Through their mad-multitasking they created a sound that was fuller than most five-pieces. They played a great set of fun songs that ranged from a Fleet Foxes-like song about waiting by a river, to a song about always being young that the band disclosed was inspired by 80s youth i.e. every Micheal J Fox movie. After asking if they had time for one more, they were met by cheers and a nod from New Hands, and finished off the set with another upbeat hit.

Each set brought something to the table, and with smooth and quick transitions and quality sound, the night reminded me more of nxne than a Casbah show. The only difference was that Thursday’s show boasted local talent and a great community.

It was a good night for Hamilton music! 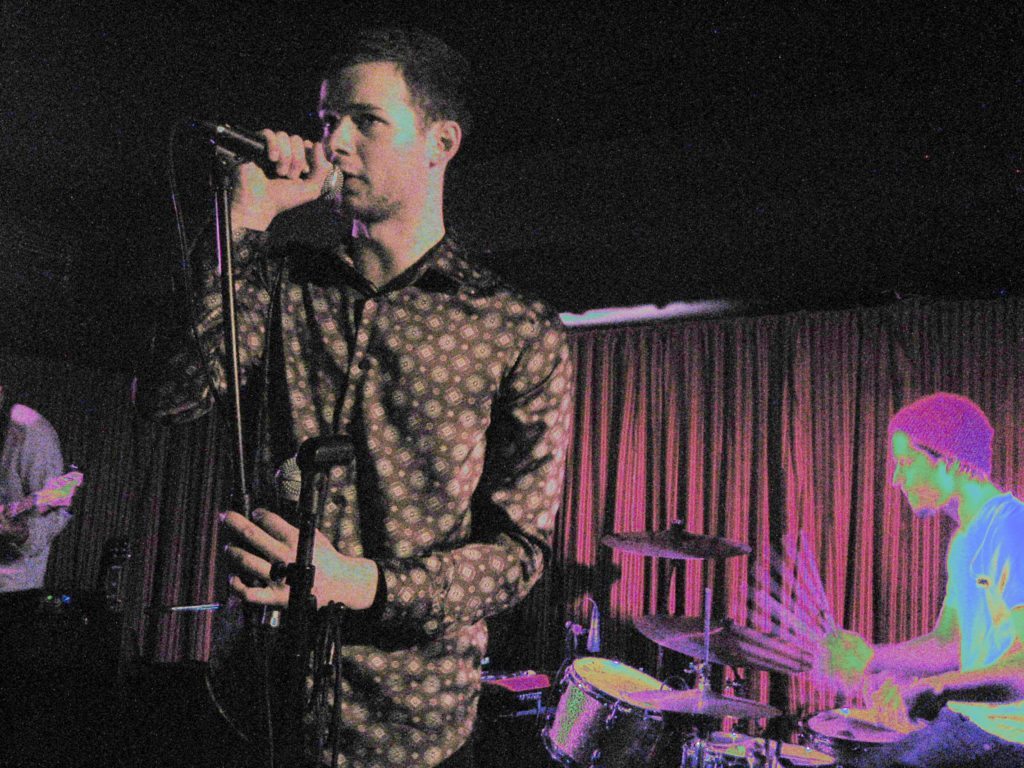