I first saw Chris Cummings, A.K.A. Marker Starling (formerly known as Mantler) perform at the New Music Expo at Gage Park in Hamilton a few years ago. I was blown away by what I heard. Marker Starling has a way of combining ’70s / ’80s pop grooves with an easy listening sensibility that is moody and charming.  The beauty and charm of the music made me feel like I was living in a movie. Everything was magical.

I caught up with Chris to talk about his musical background, inspirations, and some music history.

Q – How did you get into music? Were you ever involved in any bands or collectives – or have you always been a primarily solo artist?I studied classical piano as a kid and got my Grade 9 and 10 at the Royal Conservatory here in Toronto, which is where I grew up. But I was also an avid music listener from an early age, starting with the Beatles, and when I was a teenager I could pick out the chords of songs by ear, though I rarely attempted to write anything then. I did, though, write songs on the piano as a six-year-old, which my parents recorded on cassette. I also drew album covers and made up song titles.In high school I played in several bands and learned how to read song charts that way. But I never actually wrote my own songs until I was in my late twenties. Songwriting on my own felt like something I just had to do – I never had the thing where you rehearse regularly with a bunch of people and the songs evolve over time – I always wrote the songs first. But I have also played in other people’s bands – in the past decade I’ve played in the Matias Band and Hank, and also did a few shows with Sandro Perri in 2011 – both as a duo and as part of a larger band.

Q –  How did you get around to playing your Wurlitzer piano? Why that choice?
When I was in my late teens and early twenties, say from 1987 to 1994, I was listening almost exclusively to late sixties and seventies r&b and jazz. Gradually I realized that one of the dominant sounds I was hearing was an electric piano which has mechanical parts and is amplified. But I’d never seen one. Finally I got the opportunity to play in a band which had a Fender Rhodes electric piano but no one to play it. I fell in love with the instrument immediately, and after that band broke up I managed to acquire a Wurlitzer from a friend who had garbage-picked it. Wurlitzers have a different sound from the Fender Rhodes – it’s more watery and thinner-sounding, but somehow warmer also. The Rhodes has a sparkle in the high end and a growl in the low end that the Wurlitzer lacks – you hear the Rhodes more on seventies (and even early eighties) albums but the Wurlitzer made quite a few appearances on famous songs too (e.g. Respect Yourself by the Staple Singers or Mercy, Mercy, Mercy by Cannonball Adderley). 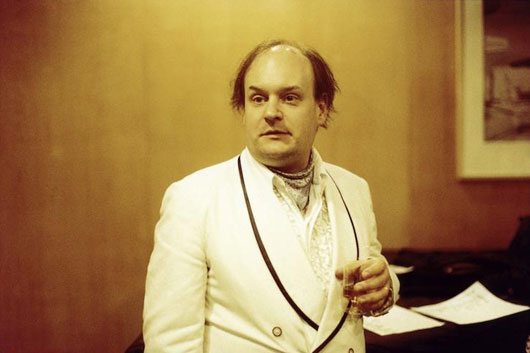 Q –  Some people  describe your music as ‘easy listening’. Do you agree with this label? How would you define ‘easy listening’ music?
I started writing songs in 1995, which was around the time “lounge” became a thing, so I suppose that had some influence over my decision to start writing songs. I was listening to stuff like Sergio Mendes & Brasil ’66, and had always loved Bacharach and odder things like the Richard Harris albums. What I was initially going for was something the band The High Llamas really perfected – the worship of a certain lush, sixties sound, and they showed that it could be moved forward into the present and take on more futuristic forms.

They are a really undervalued band, in my opinion – they’ve consistently made absolutely brilliant albums and received only faint praise (or outright hatred) in return.
I still have an obsession with some particular styles of easy listening music – I love the sound of certain A&M records from the late sixties which Creed Taylor produced (before he set up his own CTI label which had a slicker – perhaps the  slickest – sound). Antonio Carlos Jobim’s Stone Flower would be one example, and so would Walter Wanderley’s Moondreams . I also deeply love the records of arranger/producer Gary McFarland. He made records for Impulse and Verve – two of my favorite labels – before setting up his own short-lived label Skye. He had a unique ear and his arrangements are always so perfect-sounding. I would highly recommend the soft-psych album he did called Genesis by Wendy and Bonnie and also Dreams by Gabor Szabo. I suppose that both could be classed as easy listening but I think it’s a bit of a generalization to do so — those albums just have such a unique sound and feeling about them.

The thing I guess that bugs me about the easy listening label, and this has to do with the dismissive attitude toward a band like the High Llamas, is that people seem to perceive it as music you don’t have to take seriously. To be taken seriously music has to have an element of “danger,” and easy listening, from its name on down, embodies the opposite of danger. It’s safe. But it’s possible to be “safe” and thrilling, melodic, and rhythmically compelling at the same time, and have beautiful melodies and harmonies. If you listen closely to it – take an album like Look Around by Sergio Mendes and Brasil ’66 – it’s some of the most thrilling music ever. And I always try to incorporate something that thrills me in my own music, to put some kind of profound beauty into it. I’m not always successful but I try.

Q – I know that you are a big fan of the cinema, and avant garde, films. Have you ever considered writing a soundtrack to a film? Which film has the best soundtrack, in your opinion?
I have done some film soundtrack work in my younger years but never completely on my own. It’s a bit daunting – it’s an art form completely separate from songwriting.
In terms of soundtracks I like, Jerry Fielding’s score for The Wild Bunch (1969) is a particular favorite, and Krzysztof Komeda’s music in Polanski’s early films. Rosemary’s Baby is one particular example. Toru Takemitsu also did some amazing work in Japan in the sixties. I also really love Bernard Herrmann’s film music – especially Citizen Kane and Taxi Driver. The way music is used in Hollywood films from the 30s, 40s and 50s resonates more with me somehow than the way music is used in movies now – it’s more of an obvious heartstring puller, but it works for me.

Q –  You have a lot of vocal fans, and one is Hamilton’s godfather of pop & electronic music, Jeremy Greenspan. Have you worked on any collaborations? Where do you draw your influences from – I understand that a lot of it comes from ’70s / 80s pop music and jazz. Are you influenced or inspired by any current music?
I met Jeremy in 2006 through a mutual friend, though we’d both been fans of each others music before that. He very kindly offered to produce 2 songs on my last record Monody, in his Hamilton studio, so I spent a lot of time here over that period, and have been back many times since. I usually take the bus, and it always feels like arriving in a completely different place from Toronto, which I like. We had a lot of fun working together, and also just hanging out and talking about music. He has become a great friend and I hope to continue working with him.I can’t speak for all of his influences but he’s made me aware of some of the more obscure areas of music I didn’t know about. I think it’s because of him that I’ve started listening to more late seventies and early eighties music. I always liked Disco, but I think I’ve been hearing it with new ears lately, and also the later stuff called 80s Boogie. It’s always interesting to hear his take on things because he grew up in a different era than me, but his take on dance music in particular has been especially edifying.

Q –  What are you listening to these days? Do you have a track or artist to recommend to our readers?I’ve been enjoying a lot of late seventies and early eighties gospel lately. It’s just the most extraordinary music. One album I particularly love is Is My Living In Vain by The Clark Sisters. I’ve also been starting to get into Latin music. One Latin jazz record that rarely leaves my turntable is Mongo Santamaria’s Mighty Mongo.

Q –  Can we expect any new material from you in the nearer future?
My new album Rosy Maze is almost finished and will be released in early 2014.

Q –  What do you have planned, musically, for the rest of the year? Are you planning to play at any festivals this summer?
I work full-time for the Toronto International Film Festival and also have a young daughter so it’s very hard to play much music during the summer months, but I did manage to do a short tour of Ireland, England and Germany in May. However,  if any summer festival bookers are reading this and would like to add me to the bill, please contact me! I have a facebook page for Marker Starling and it needs more likes.