Last Saturday night was a jazz show for the books. A line-up of Haolin Munk, Slow Hand Motëm and Toronto’s BADBADNOTGOOD was enough to pack This Ain’t Hollywood to its teeth. In between each of the sets, the whole crowd mobbed the patio to the point that there was a line to get outside.

The show was full of surprises and I’ve got lots of pictures, so if you couldn’t make it Saturday because you were icing your last crowd-surfing injury, just scroll on. 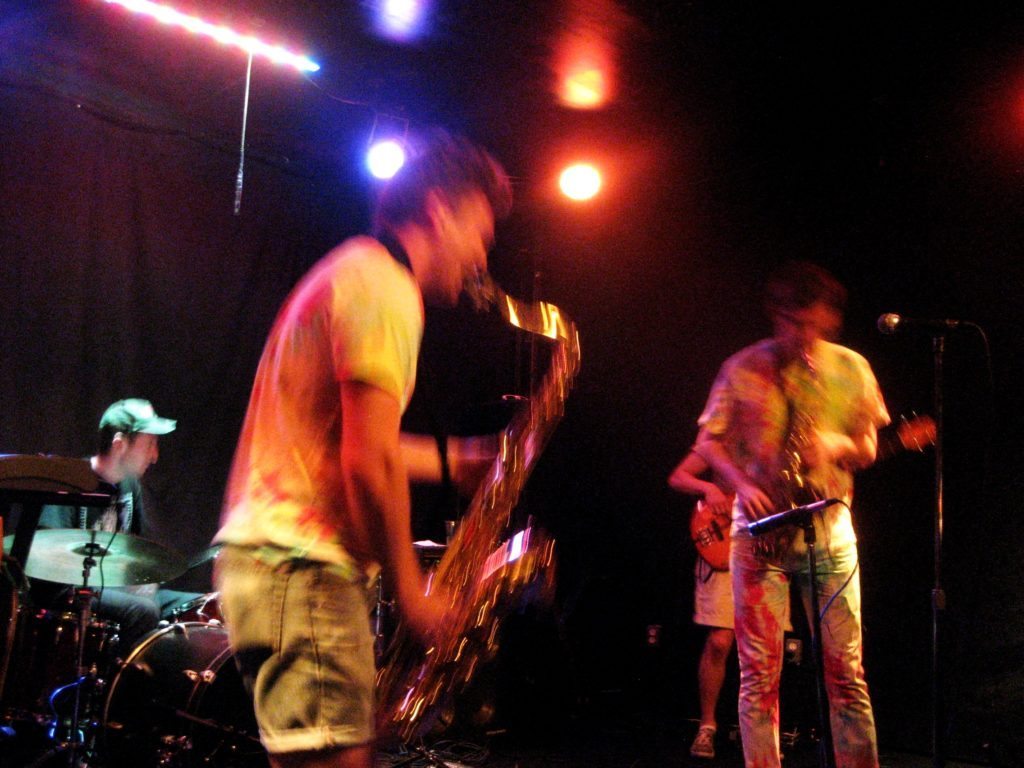 As if Haolin Munk’s infecteous horn-blaring jams weren’t enough, Kobi from Canadian Winter joined them to freestyle on a song. The mic kept cutting out, but like a champ, Kobi delivered killer verses when the audio allowed. 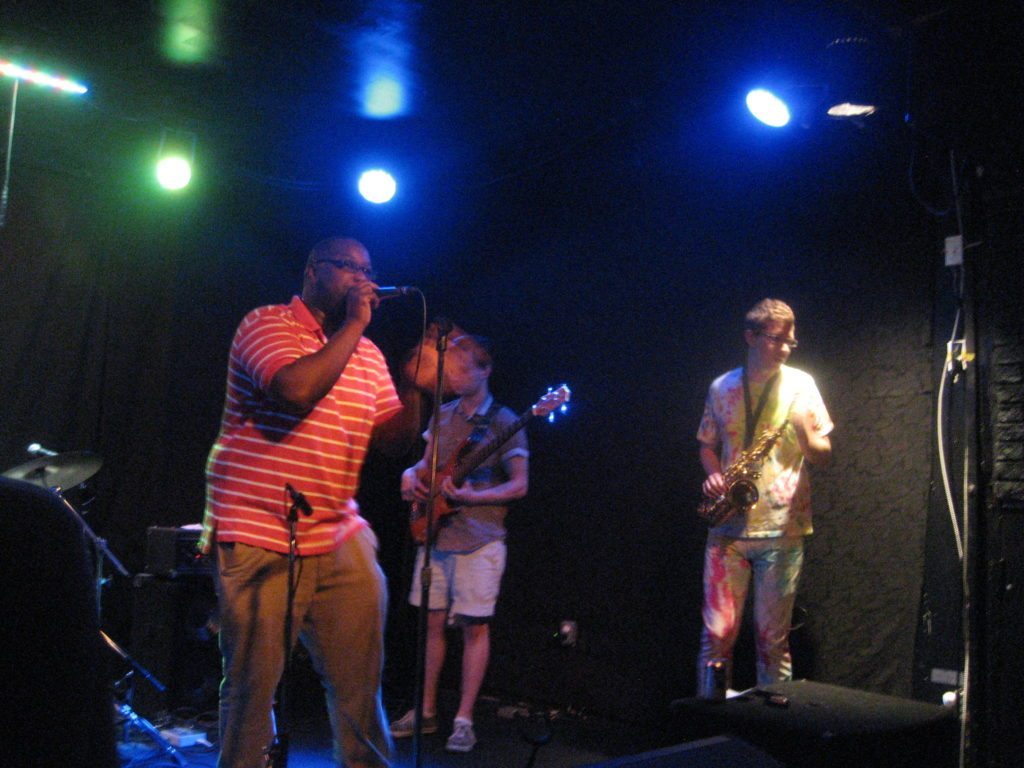 Having Kobi freestyle was a treat, but the guys didn’t stop there. Five of Hamilton’s hip hop heavyweights came up for a song including Emay, Lee Reed, Mother Tereka and Motëm. Mother Tareka even jammed with his tenor sax for a verse.

In the grand finale, all of the MCs came up on stage for a verse. The sound guy finally fought through the crowd to connect a new microphone, and the MCs got their final say. 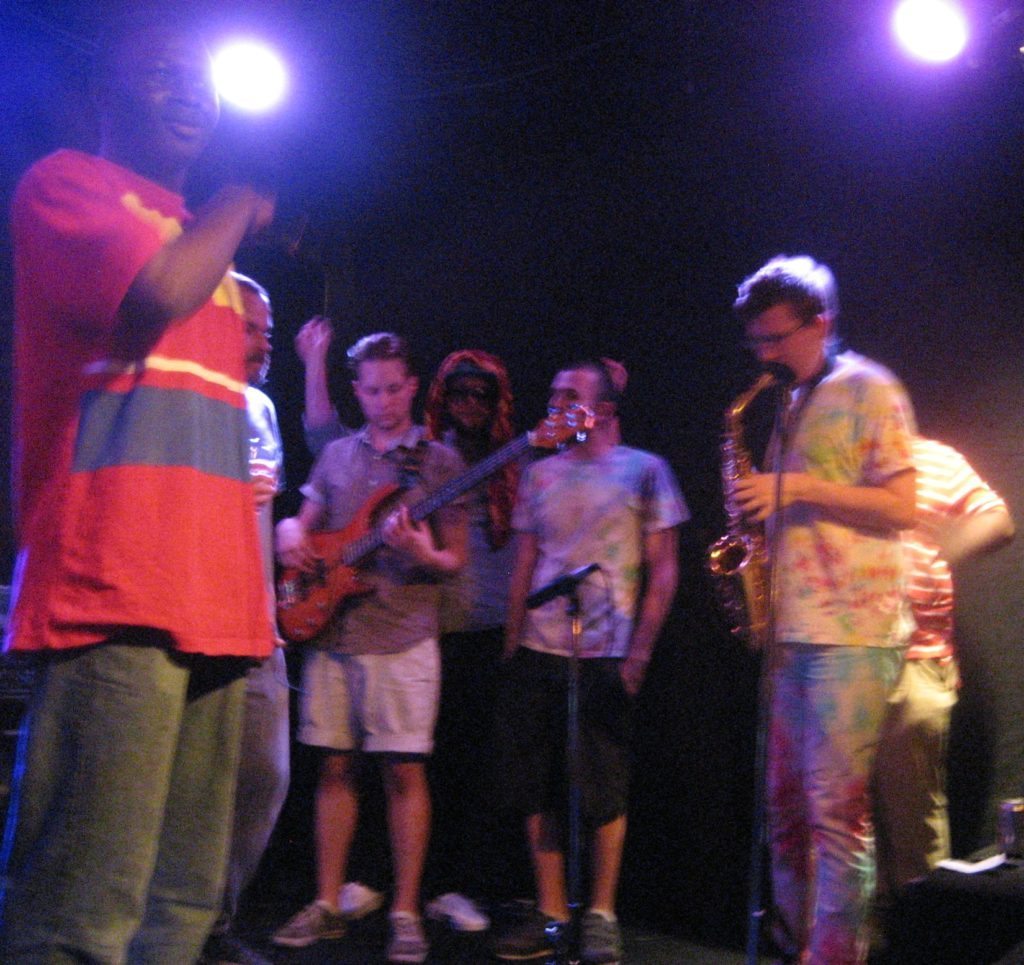 Emay had the worst luck with the defective mic

Apparently Motëm doesn’t freestyle live very often, but he got up for a song to do a couple of lines. When it was his turn to do a verse in the finale, he said of couple of lines mostly reminding us that he was up next so we could listen to him then.

After the scramble for fresh air on the patio, Motem dropped the sleeping bag from his lightbox, and played his beats. This set only included a couple of songs with his lyrics; he played producer/DJ for most of the set. For his last song he said we needed to turn it down, turn the music up, but turn It down. Apparently 2012 was the year of turning it up and 2013 is the year of turning it down. He played a slow jam that exploded into a mad beat; heavy dancing ensued. 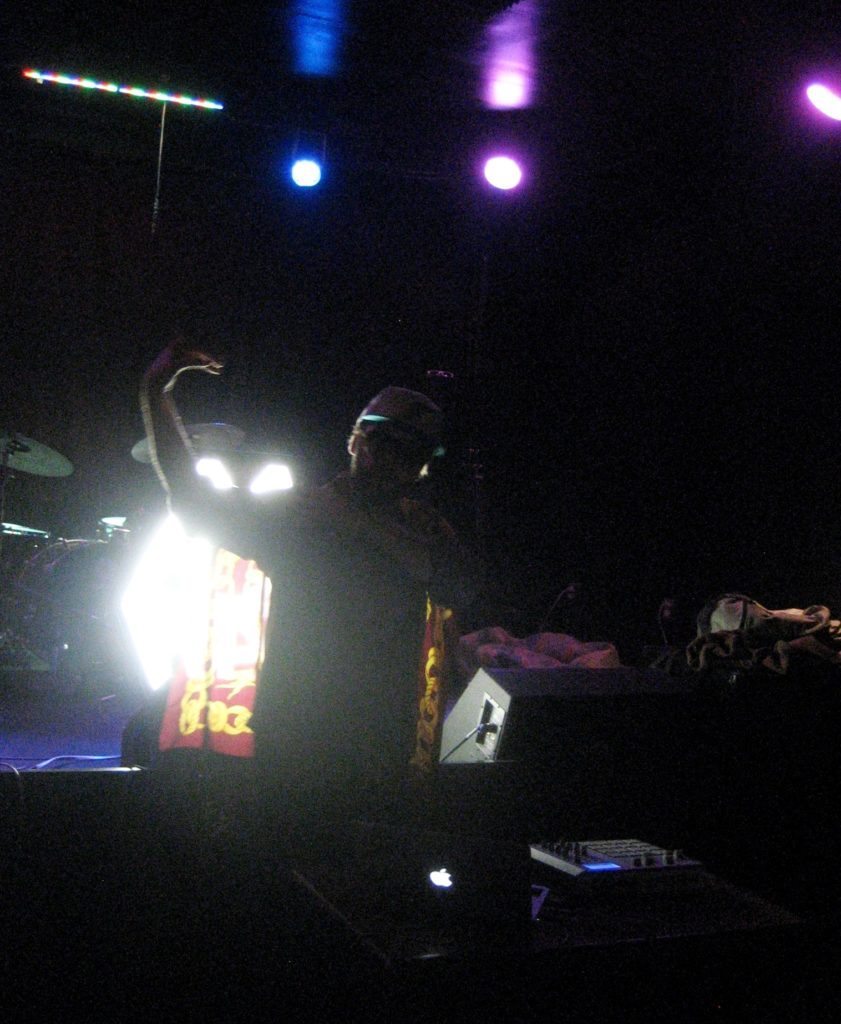 ëFinally, the three boys of Badbadnotgood came on stage and the crowd was ecstatic. I came on Biljana’s recommendation without hearing any of Badbad’s music (and I know every show Haolin opens is amazing). By the roar of the crowd, it seemed I was the only one out of the loop.

Their drummer, Alexander Sowinski introduced the band and they got right into it.

The music was simple at times, intricate at others, and very intense when Sowinski let loose and Matthew Tavares (keys) joined in with full head-banging. The guys were extraordinarily talented. Tavares played most of the show with his eyes closed, and when they were open, him and Sowinski stared deeply at each other, as if their music was written on the inside of the other’s skull. The bassist Chester Hansen was featured too, though it would have been a feat just to keep up with Sowinski. 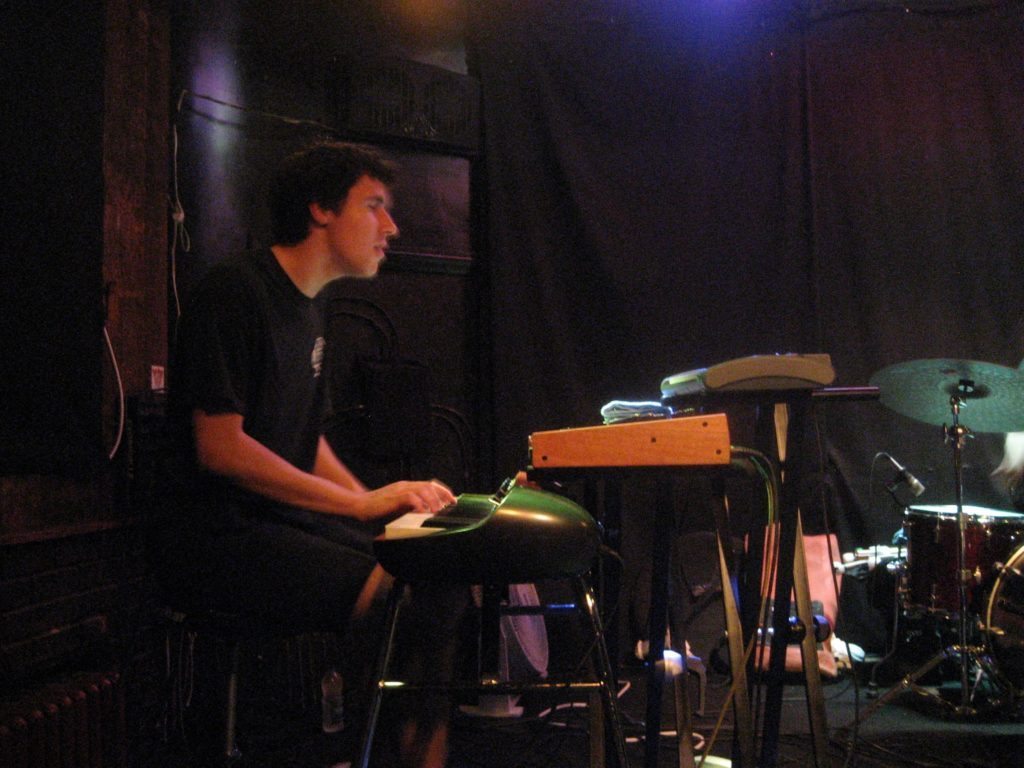 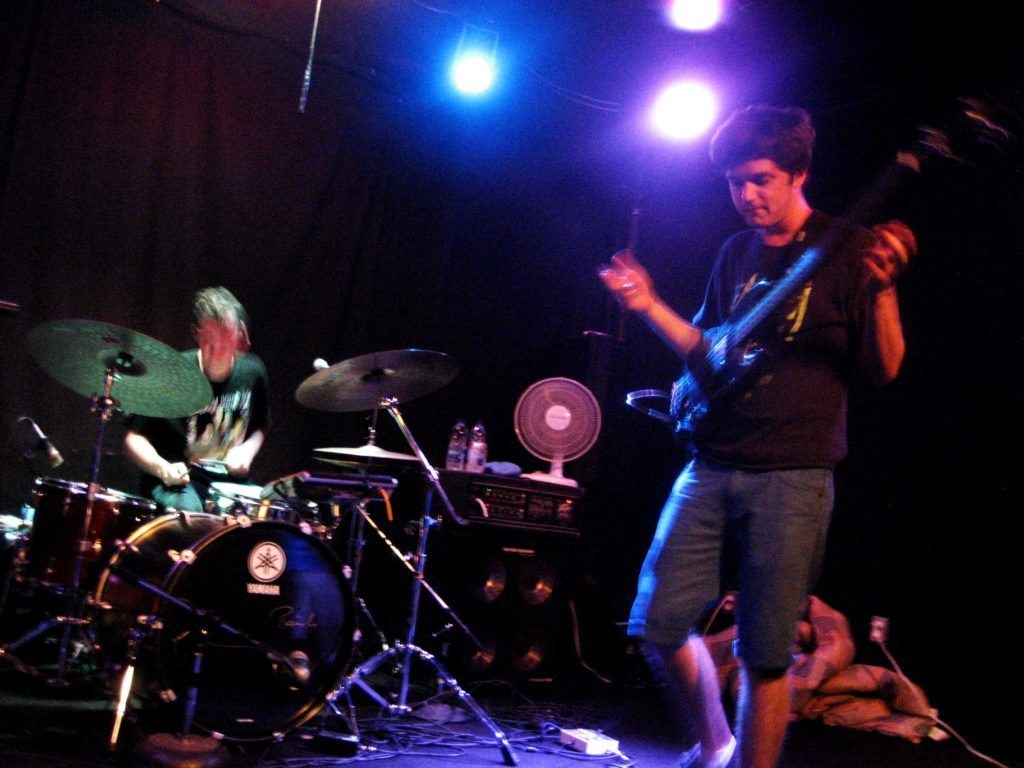 Hansen on bass showing us his moves

It was a diverse set with different forms and melodies, and a few chill songs to ‘Turn it down’ (as Motëm would say) before… the moshing. Though the crowd of dudes was probably just waiting for this moment, Sowinski let the flag drop when he told everyone to jump on the count of 1-2-3-Fuck. At this point, the crowd would have done anything Sowinski asked because drum gods must be obeyed. At ‘Fuck’ there was a frenzy and Badbad played the most intense, explosive jazz I have ever heard. 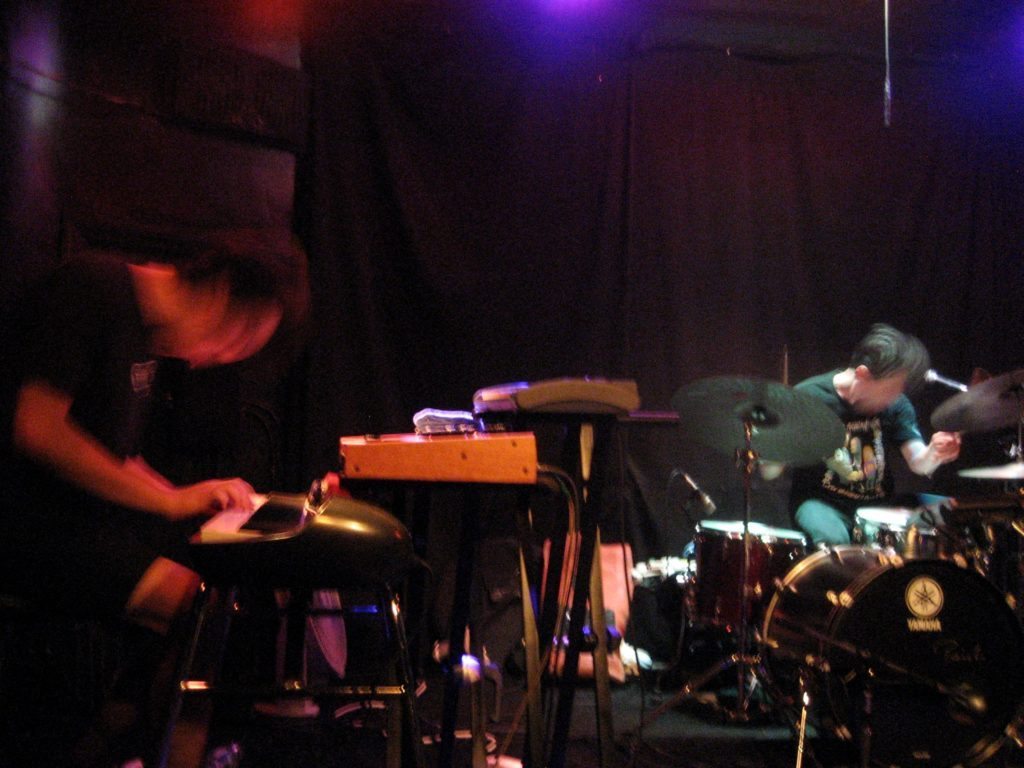 So we moshed. One guy in the crowd couldn’t handle it and repeatedly yelled “F* you guys are so F*ing good” etc. through an entire song. The humble band agreed to an encore before they were even off stage, and played a request from the crowd as their last song (Flashing Lights). Sowinski said they were really happy to be able to play for us, and I can assure you, the feeling was mutual. 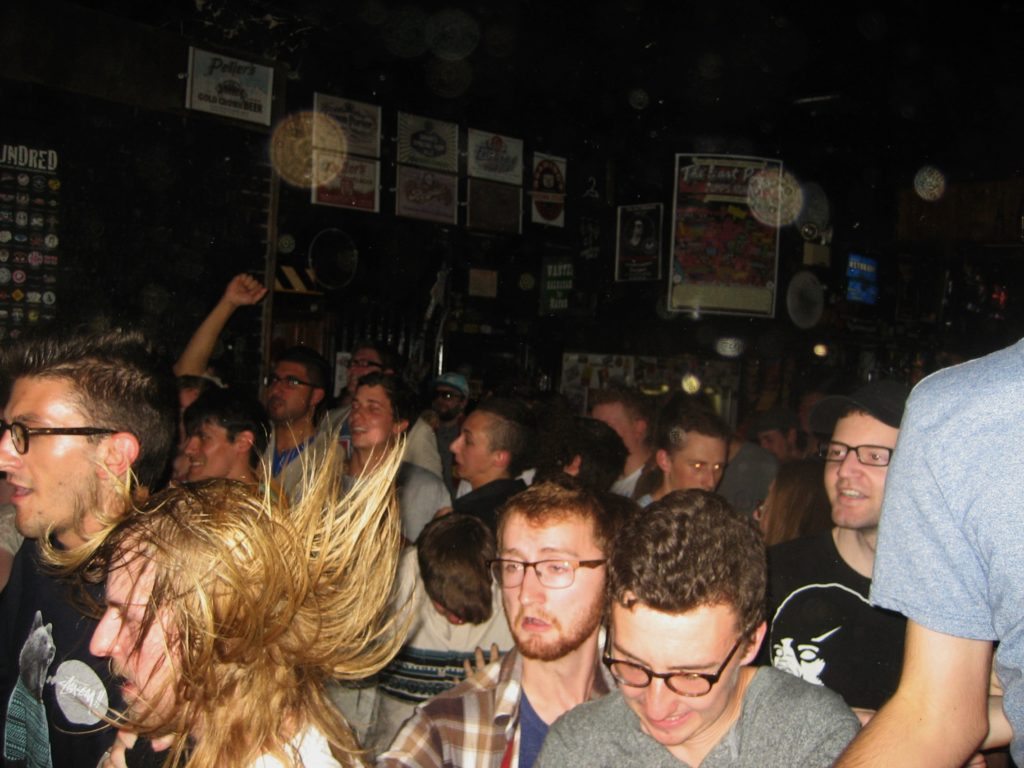 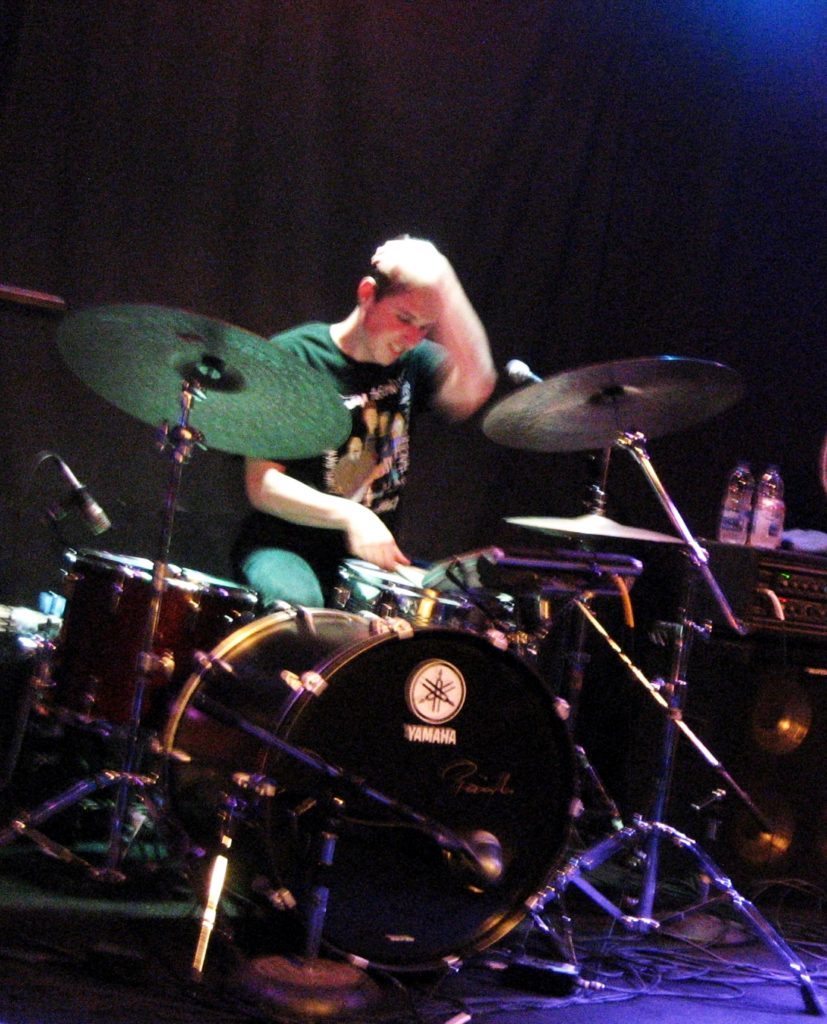 To learn more about these awesome guys, check out Biljana’s interview with Hansen here, and download their album for free or by donation here.