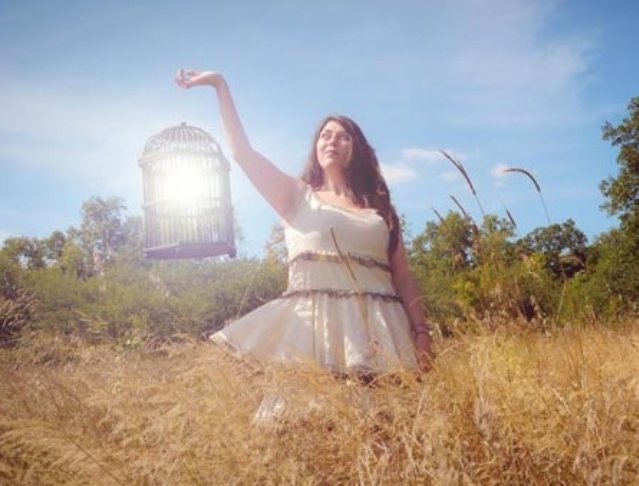 She is incredibly talented, friendly, and hilarious. Terra Lightfoot is easily one of Hamilton’s shiniest and brightest musical gems. From her involvement with many bands, to her solo work, Terra has left her mark on Hamilton’s music scene.  She’s won three Hamilton Music Awards, and many out-of-town artists that I’ve interviewed have mentioned Terra’s name when I ask them about Hamilton music.  Even though she’s moved to Toronto, we can still claim her as our own.

Q – Tell us about the upcoming  Blues and Roots festival, are you playing with a band, or are you going to ‘one-woman-power-house’ it?
I’ve invited my handsome drummer, Dan Empringham, to play with me, but I’ll probably do the first bit solo. I feel pretty pressured most of the time to do that “powerhouse” thing you’re talking about, funny enough.

Q – I’m really curious to find out how you discovered that you could sing, and sing well?
Interesting question. I guess I started singing at about 12, just after I started playing guitar. I didn’t really think I could sing though.  I would say I discovered my current voice when I joined the Dinner Belles about four years ago. They forced me to go falsetto and really push my range farther than I’d gone before.

Q – So, you weren’t singing as much (the way you do now) before Dinner Belles?
Well, I’ve been singing in bands for years, I just hadn’t been doing it very well. haha.  I guess when I started the Terra Lightfoot Band (or whatever you want to call it) was when I started having more confidence. Pete Hall was and still is a very big supporter of my musical ability.  That was before the Dinner Belles.

Q – How did you start writing songs, and  your approach to song writing changed since?
I started writing songs based on concrete images and situations – if I wrote about someone who had died – you’d know it. Similarly, if I wrote a love song, you’d probably be able to guess who it was about from the painful amount of description. These days I work one day a week teaching music at the awesome Dundas Valley Montessori School and so I have a lot more time to sit around and write. Not that I take advantage of that time.  Anyway, especially this year I notice that I’m able to detach a little more emotionally from songs.  which I could never do before. I was always so invested and close to the content.

Q – Do you mean detach in the sense that you write about things that do not directly affect you.. or your life?
Yes. Or write about situations that haven’t really happened.

Q – Have you ever been called out by anyone who has recognized themselves in your songs?
I don’t know a bout ‘called out’. I’ve been quietly questioned about it before, that’s for certain. Mostly it’s quite pleasant. I don’t usually paint inaccurate pictures of people in my songs.  In fact I think I usually make every situation seem a little brighter than what it is/was.  But it’s never my intention for anyone to find out, either.  Being a musician and being friends with so many musicians, you hear that people write songs about people and everyone sort of knows.  It can become relatively embarrassing after a while.  Especially in a small town like, Hamilton.  Jesus Christ.

Q – I know you moved to Toronto a while ago, was that for musical reasons, or just for ‘life’ reasons?
Oh, just to try something new. I’ve never lived in a big city before.  My folks live in Cayuga, though. I’m there right now. It’s hard to live in the city full time when the countryside is so beautiful and clean.

Q – What’s living in Toronto been like for your music?
I’ve made some new friends, and had a couple of pretty fulfilling musical “run-ins” with folks. It’s a funny city though, very different from Hamilton or anywhere else I’ve lived. I haven’t been playing much since I moved there, as I’m working on writing my second record. I’ve spent a lot of time just writing. It’s a really, really fulfilling process. Waking up and doing musical work all day is really great. Of course, I waste most of my time grocery shopping, walking my neighbor’s dog, cooking, etc. 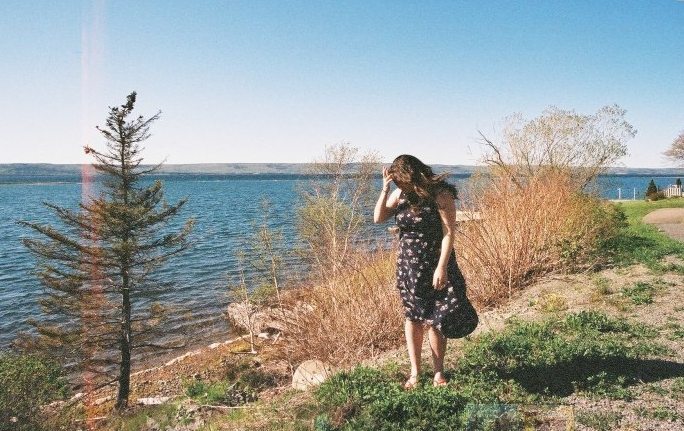 Q – It is hard to believe that you are working on your second album – and not like, the fifth. You are so loved and respected that it feels like you’ve been around for a much longer time.
Thanks!  Yeah, records take me a while I guess. I know this one is supposed to be special, so I’m trying to take my time really letting the songs live for a while before I put them down on tape. I want to play them in different settings, different cities, for different people, and see how they sit. I get the feeling that once recording actually starts the process will be quick. I personally can’t stand the waiting game, but it’s a part of being on Sonic Unyon and working in the way that will benefit them and me.

Honestly, rehearsing will certainly be a big part of the process – I’d like to do the vocals live as well, this time. I love doing live vocals along with the band. You can focus on two or three notes or words that you really want to be perfect, and the rest is just whatever happens in that “perfect take”. Happy accidents. I think the songs being solid on their own (me and one instrument) is very important. I’m not a fan of drenching everything in effects and reverb at this point in my life, probably to my detriment. I just like things to sound like what they are. Some people can’t make a record sound exactly what they sound like live because they need to cover their imperfections. I like the imperfections.

For me that comes from listening to the old greats that I love. Hank Willliams, Robert Johnson, John Fahey – they weren’t messing around with delay. They were playing their guitars and singing.  Or Leadbelly: my god damned favorite.

Q – Who do you look to as the best song writer / performer of this time.. or any time?
That’s tough. I always liked Mother Maybelle Carter, but she was mostly singing old folk traditionals. She wrote some gems though, full of heartache. I like people who put out a million records these days, because I can’t do that. They just write songs and release them right away.  In Hamilton, I really like Steve McKay and Cam Malcolm.

Q – I know you are working on your second album, but, what else do you have planned for the summer? Any festivals, shows, etc, lined up?
The usual, a little east coast tour in August, some local festivals, some Dinner Belles outdoor jamborees. I’ve made lots of friends out east since I’ve toured there quite a bit, so I’m really looking forward to a few days by the ocean with no shows to play. I’m also planning a week long acoustic tour of AlgonquinPark with my dog Ella. That’s a bad joke.

Q – Can you tell us a bit about your pre-show rituals? What goes through your mind right before you hit the stage?
I like to go for walks, kind of like Eugene Levy does in A Mighty Wind. Usually I don’t buy anything though. I just walk. I try to stay away from people at the show, but it never works. Usually what goes through my mind before a set is, ‘damn, I didn’t write a setlist’ or ‘wow the guys in my band are going to be really mad at me when they find out I forgot to write a set list AND can’t find my guitar.

Q – What are you listening to these days? Do you have a track to recommend to my readers?
I’m listening to John Fahey and His Orchestra’s Old Fashioned Love, Melanie’s Gather Me and T Rex’s The Slider. Also, a lot of Roger Miller  since I like to teach his songs in my Montessori music class. Locally, I’ve been getting into Dr. Ew’s Gadzooks and Gianna Lauren’s On Personhood.