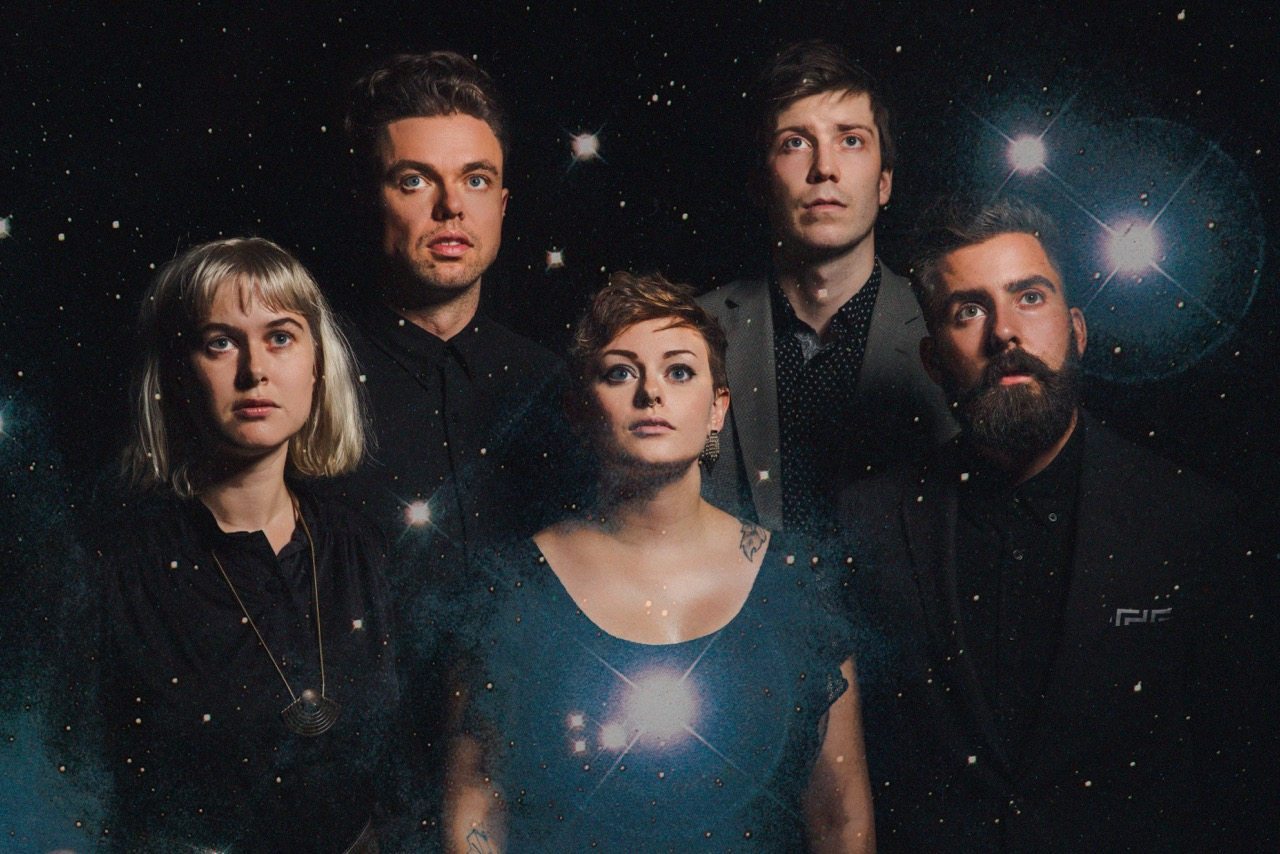 Hailing from Regina Saskatchewan, Rah Rah, are one of Canada’s most charming indie rock bands. The members of Rah Rah share a collective mentality, taking turns taking the lead, both in songwriting and while on stage. The melodic male/female vocals and shared instrumentation traded off seamlessly, plus a true level of fun throughout ensures that a Rah Rah show will not disappoint. Between the confetti, pinatas, and ballon letters, there is a lot to look at. Then we’ve got this huge band who all sing, play instruments, and perform the hell out of each song. Rah Rah are definitely a band that you should see live and this show at Supercrawl this weekend is a great chance. Check out this interview we did with Rah Rah when they were in town last time.

Q –  We are really excited to have you play Supercrawl this year. What is the first thing that pops into your mind when you hear the word “HAMILTON”?
Nabils- Among the best falafel ever. Also, the Ti-Cats now have our former Rider homeboy Andy Fantuz.

Q – Who are you looking forward to seeing at Supercrawl?
Hamilton Legends Mike and Chris Bell have started a new band called Customaries I believe it’s with our old friend Nick Daleo. Excited to see those guys back in action.

Q –  Supercrawl is an arts festival and besides the awesome music, the festival has all sorts of visual artists showing their work. Do you dabble in any other arts besides music?
Kristina and Erin are both outstanding visual artists that both work in many types of media. You can find Kristina’s art on certain Rah Rah merchandise.

Q – How would you compare playing a regular show to playing at a festival?
Festival shows are for the most part a little bit more frantic, less set up time, shorter set times, and then get your things off the stage as fast as possible. On the other hand, Festival shows mean you are going to be surrounded by other bands, so there are often reunions and chances to check out other great bands you’ve heard about, and hope they are nice.

Q –  If you could put on your music festival what would be on your ‘must have’ list? (Alternately: If you have been involved in putting together your own festival – what did you have that you were proud of?)
Joel Plaskett, Sam Roberts, Yukon Blonde, Wintersleep, Kathleen Edwards, Mo Kenny, No Joy.… that would haul ass.

Q –  If you could do a band/musician swap with another band/musician for a day and get to play their music at a live show – who would that be?
I would swap out Marshall for Bob Dylan, Joel for Geddy Lee, Erin for Kathleen Edwards, Kristina for Karen O and me for Mick Fleetwood.
We would play cool covers of Jimmy Hendrix and Jim Croce songs, maybe some Bill Withers.

Q –  What’s the best thing you did all summer?
Joel, Marshall and my classic country cover band (The Alley Dawgs) played a packed show in a tiny pub in regina (Leopold’s Tavern) with a 3 piece trumpet section and a pedal steel player. That was the best. Also camping.

Q –  Where do you draw your musical inspiration from?
One huge influence has definitely been Wintersleep and their ability to sonically grow and change and still sound like the same core band. Another big aspect to our growth has been working with Gus Van Go and Werner F. They have helped us listen to and create music in a way we never knew.

Q –  What is the last thing that crosses your mind before you get on stage?
“I should have peed.”

Q –  What are you listening to lately? Can you recommend a track for us to check out?
I’ve been listening a lot to that new Tame Impala record, and this german band called Von Spar.  But, I will recommend you listen to that newest Library Voices single “Oh Donna” . It’s honestly way different than anything I’ve heard from them and it is so, so great.

Q –  What do you have planned for the fall / winter, musically speaking?
We are on, essentially, a world tour playing with, and supporting, a few different bands (including Sam Roberts, Yukon Blonde, and Dear Rouge). All of the tour dates are available at   www.rahrahband.com or on Facebook or song kick, internets.