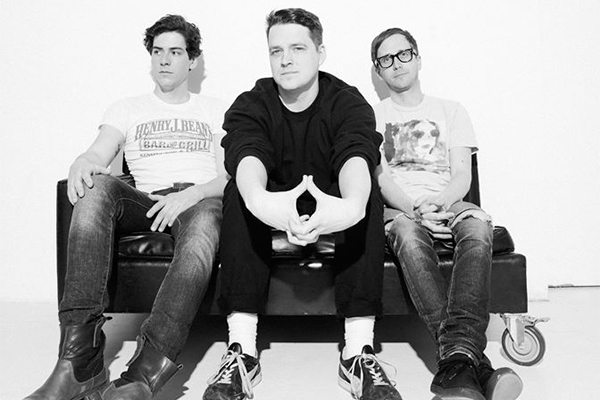 Grey Lands are a Hamilton based indie rock band that features Cuff The Duke’s Wayne Petti on vocals,  Nick Hind-Knapp on bass and Daniel Empringham on drums. Grey Lands released their album, Right Arm on September 11th (a day before their Supercrawl set). Grey Lands have great take on indie rock – the tracks are short and sweet and are really well arranged. You’ll want to sway, sing, and tap your toes.

Q –  We are really excited to have you play Supercrawl this year. What is the first thing that pops into your mind when you hear the word “HAMILTON”?
First word – Ti-Cats

Q –  Supercrawl is an arts festival and besides the awesome music, the festival has all sorts of visual artists showing their work. Do you dabble in any other arts besides music?
Sadly, no. I always wanted to be a visual artist but I just don’t have the goods.

Q – How would you compare playing a regular show to playing at a festival?
They are two different vibes. Everything is on a larger scale at a festival. You gotta work harder to reach the people in the back. I like playing both equally, though.

Q –  If you could put on your music festival what would be on your ‘must have’ list? (Alternately: If you have been involved in putting together your own festival – what did you have that you were proud of?)
No bands playing at the same time. It’s not practical for a lot of festivals but I’d try to do that.

Q –  If you could do a band/musician swap with another band/musician for a day and get to play their music at a live show – who would that be?
Jeff Tweedy – For two reasons
One: I’d get to play a big variety of awesome songs
Two: he tours with a Vintage Guitar Store worth of guitars. It would be awesome to play all those.

Q –  What’s the best thing you did all summer?
Orchestrated the David Price trade to the Blue Jays. That was all me! I let that other guy take the credit.

Q –  Where do you draw your musical inspiration from?
I’m still figuring that out myself. It’s always evolving.

Q –  What is the last thing that crosses your mind before you get on stage?
Oh man, did I lock the van?

Q –  What are you listening to lately? Can you recommend a track for us to check out?
Kurt Marble – he has an awesome EP out right now. Listen to all of it!

Q –  What do you have planned for the fall / winter, musically speaking?
Grey Lands will be playing a lot. We’re going to Pop Montreal and then out west. There will be a bunch of southern Ontario shows in November as well. All our tour dates are at www.greylandsmusic.com