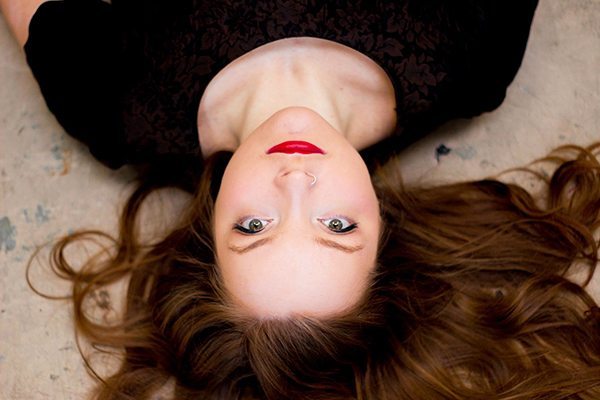 Basement Revolver is a relatively new Hamilton based band that’s been impressing crowds with their silky, sexy, version of folk/rock. Lead singer Chrisy has a remarkably atmospheric voice that sets the band apart from other local bands on the scene today.

Q –  We are really excited to have you play Supercrawl this year. What is the first thing that pops into your mind when you hear the word “HAMILTON”?
Brandon: When someone says the word Hamilton I usually have the word “Mountain” pop into my head. Which then reminds me of viewing Hamilton from the sky.
Nimal: When I first think of Hamilton I think of school because that is why I moved here. But then I think about how I moved to Hamilton to study music and how much music is a big part of this city. So Hamilton makes me think of school and music.

Chrisy: Home, then escarpment rock, then coffee, then music, then friends, then thank goodness. It’s a whole string of thought thing I guess.

Q –  Supercrawl is an arts festival and besides the awesome music, the festival has all sorts of visual artists showing their work. Do you dabble in any other arts besides music?
Brandon: I do a lot of Oil painting as well as music. I’m very much looking forward to viewing some of the painters on James Street.
Nimal: (Chrisy) “Nim says he doesn’t do any other arts besides music, but I hear he can make a mean leaf-rubbing”
Chrisy: I make a lot of visual art, often it funds my music making endeavours!

Q – How would you compare playing a regular show to playing at a festival?
Brandon: To me there is something very unifying to a scene about playing a festival. It feels like musicians and audiences in the masses are here and they are here to stay for a while and that feels good to me. Local shows are similar but there is always that looming feeling that in a couple of hours it’s all going to be over. Festivals are comforting because you have time to relax and just let the music in.
Nimal: For the most part regular shows are for friends and fans of either your self or your friends bands. The chances of expanding your general audience is very slim. At a festival specially a outdoor one such as super crawl the options of anyone stopping by to hear a song or two are endless. Playing for friends is great but they will love you no matter what. If you can keep a stranger around for a full set you know you’ve done something right.
Chrisy: Regular shows are often playing music to a bunch of your friends gathered in a tiny sweaty room. Festivals are playing music to a bunch of your friends and maybe a few strangers. To me, it is all the same, and I love it!

Q –  If you could put on your music festival what would be on your ‘must have’ list? (Alternately: If you have been involved in putting together your own festival – what did you have that you were proud of?)
Brandon: A must have for me would be some sort of station for obtaining drinking water and some sort of free food.
Nimal: Some sort of open stage concept would be cool either between bands or anyone who wants to sign up. There is as much chance of greatness in this as there is failure. It would be a unique situation to expand some listeners to the concept of improvised music though.
Chrisy: Everyone wears pj’s. We make a dance party about it.

Q –  If you could do a band/musician swap with another band/musician for a day and get to play their music at a live show – who would that be?
Brandon: I’d love to play some of Daniel Lanois music.
Nimal: Sufjan Stevens is a pretty obvious answer for this one. He doesn’t have a album I wouldn’t want to perform live. If I had to pick though I think some of his Christmas stuff would make for a very fun one off show.
Chrisy: I don’t know that I would want to be anyone else’s music. I’ve been known to do a mean Dolly Parton cover of “Jolene” though.

Q –  What’s the best thing you did all summer?
Brandon: The best thing so far this summer was camping out at Hillside festival in Guelph.
Nimal: Nothing can top exploring castles in the UK and hanging out with lions in Kenya all in the same month. This summer has been full of adventures. Closer to home hikes and beach days have been the best this summer.
Chrisy: Threw a wild and crazy art installation/show called “Growing Settled” at MacNab Presbyterian Church. My friend “playground park” and I basically turned the whole church building into a home full of secrets. It was pretty neat!

Q –  Where do you draw your musical inspiration from?
Brandon: A very broad variety of things inspire me! lately I’ve been seeking musical inspiration more through some of my favourite painters and paintings, and that has lead to some interesting ideas.
Nimal: A lot of my musical inspiration comes from those who have come from similar situations as myself. Seeing a band make it from Newmarket or Hamilton will always have a soft spot for me and give me that extra boost.
Chrisy: Who even knowwwwws. I don’t sound like them, but We Are The City is great, and so is MewithoutYou. They have both been long-time favourites, so maybe by osmosis they have inspired me? Also, a good dose of heartbreak always makes for a good song!

Q –  What is the last thing that crosses your mind before you get on stage?
Brandon: The last things that cross my mind when performing are usually practical things like. “how am I getting home tonight” or “what does my week look like” I try to give each performance my undivided time and actually be in the moment as much as possible
Nimal: I’m usually paranoid about tone and volume on stage. Doesn’t matter how good sound check goes that first note is always a scary one to play.
Chrisy: “How do you music?”

Q –  What are you listening to lately? Can you recommend a track for us to check out?
Brandon: I’ve been listening to a band named “Human Music” highly recommend you check out their track “Jazz Kids”
Nimal: I’m almost always listening to Snarky Puppy. It sounds nothing like us but good music is good music. Check out Lingus from We Like it Here
Chrisy: “Love Letters” by Metronomy

Q –  What do you have planned for the fall / winter, musically speaking?
Brandon: A couple tours with a couple groups as well as some recording!
Nimal: Were heading into the studio soon so rehearsing and tracking will take up most of our time in the fall. When I’m not doing Basement Revolver I will be playing in the musical Rent.
Chrisy: We gonna hit the stud!