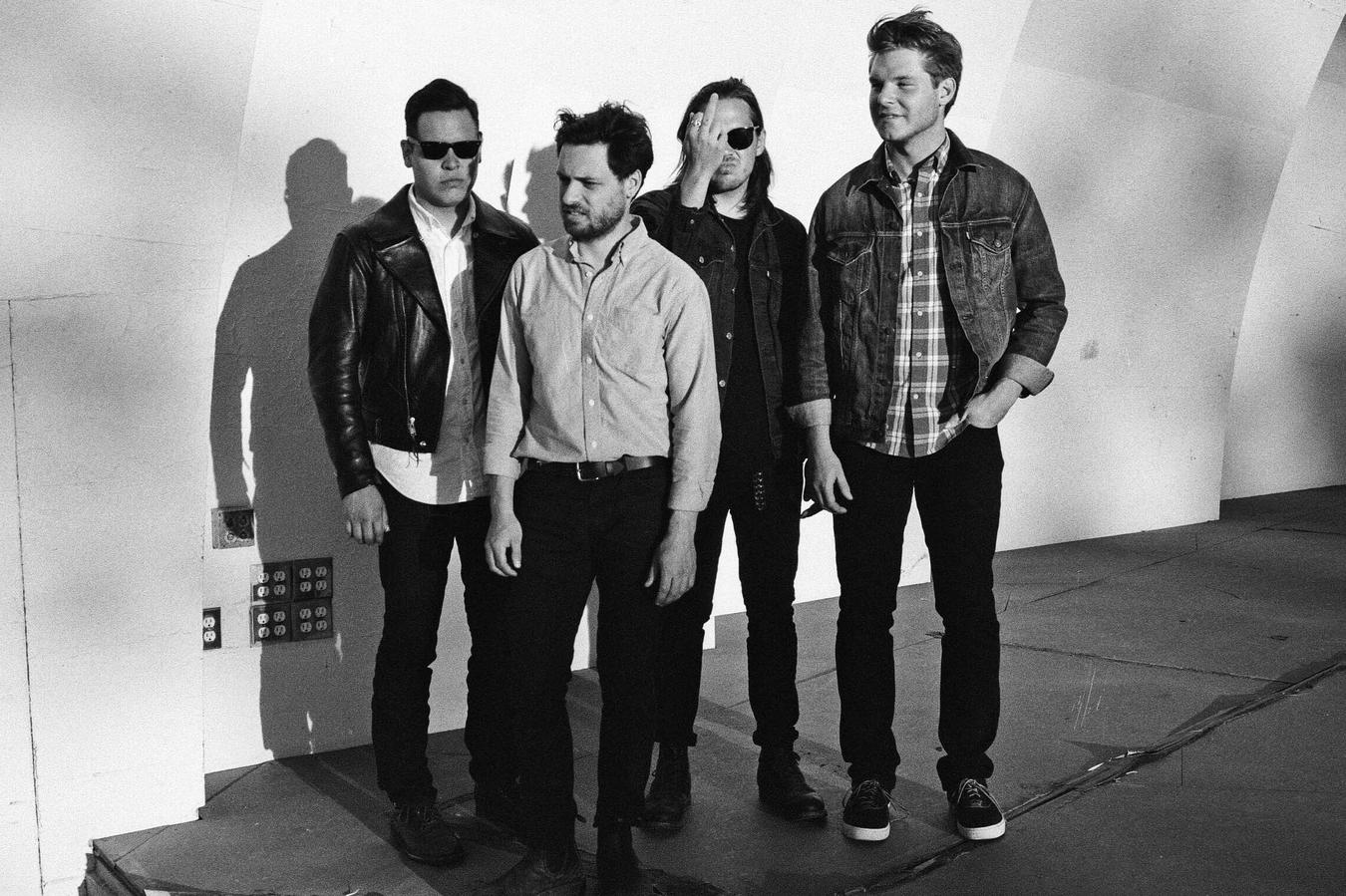 Originally out of London, Ontario, Single Mothers have become one of the most popular punk bands around. From playing dingy London basement shows to European and US tours (including SXSW and Pitchfork) – Single Mothers have developed quite the reputation for themselves. This reputation is that of a high energy, fun, and wild band. What’s sets Single Mothers apart from other similar bands that are around today is their writing. The lyrics are sarcastic, cutting, and really clever. The songs are raw and honest and .. just really great. Single Mothers have been at the top of my favourite bands list since I first heard them and I was thrilled to finally get a chance to speak to Drew (Andrew Thomson) about the band and his side projects.

Q – We’re looking forward to having you in Hamilton this Friday! What’s your favourite Single Mothers song to perform?
I like them all, but I feel like Justis really likes playing ‘Baby’ and his happiness always seems to sweep over the band during that one.

Q – Can you tell us a little bit about your printing business?
That’s actually my girlfriends business. She does custom letterpress printing out of Hamilton – www.allsortspress.com

Q – I read once that you were planning to write a series of short stories inspired by your time doing gold prospecting. Is that still something that you plan to do?
I did do that actually. I have a series of zines called Essential Apathy and they compile the 2nd edition.

Q – Congrats on your “7-11” ep. Do you have any plans to take your solo work further?
I’m just releasing stuff I record in my bedroom right now whenever I feel like it – but I plan on releasing a studio album sometime in 2016.

Q – You guys have toured extensively over the past few years. What is touring life like? How do you compare playing small town Ontario shows to playing small town American shows?
I love being on the road – but I also love Ontario and playing close to home. It’s nice to have friends come out. The only thing I like about playing the states better than here is cheaper beer.

Q –  You guys are from London, Ontario which is a bit of a weird town. Can you tell us something neat or fun about London? Can you think of an example of something fun to do there that most people wouldn’t know about?
Go to the Sifton Bog in west London or Call The Office on any given night.

Q –  What are you listening to lately? Can you recommend an artist of a track?
I’ve been listening to a lot of The Modern Lovers, Lou Reed – Julien Baker just put out a really good record on 6131

Q – What’s the first thing you think of when you hear “Hamilton”?
I moved to Hamilton 1 year ago and Ive loved everyday of it.