Toronto’s beloved Punks, PUP, are well known for having great live shows, really dedicated fans, and really awesome music videos. PUP haven’t kept their love of video games a secret, but with ‘Old Wounds’, they’ve come out and released the video as a 16-bit playable game.

This version of the ‘Old Wounds’ video game is made up of a series of interwoven YouTube videos that form a sort of choose-your-own-adventure video game. You pick a band member to play as and start off on your adventure to get the boys back to the hotel. The adventures are hilarious and entertaining even if you know little about the band.

Besides this being a really great and fun video, the actual song for ‘Old Wounds’ is fantastic. PUP have really nailed their sound and it has been awesome to watch them consistently kick ass and take names.

If you’re coming to Supercrawl in Hamilton you can watch PUP tear up the downtown for free:
Fri Sept 8 | 11:00PM | City of Music/Exclaim! Stage (James St. N. & West Harbour GO) 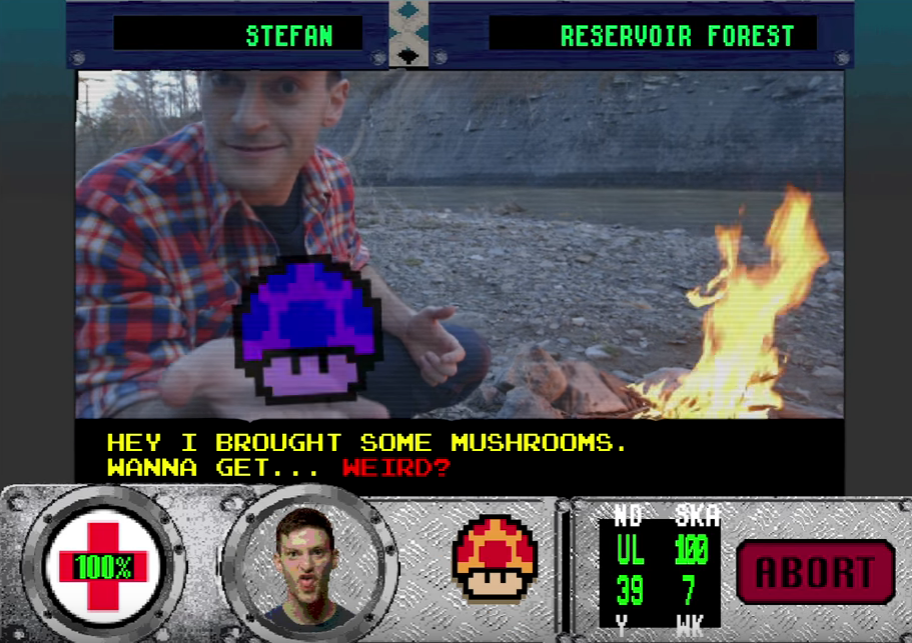