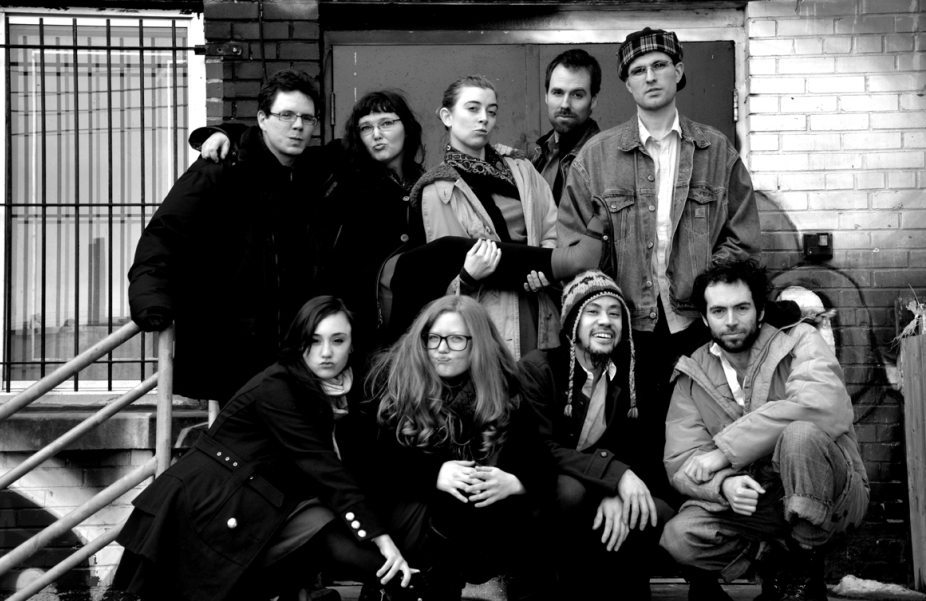 Learning all about the XiFu Sagas

There is a pretty special record release party happening in Hamilton soon (details here), and you need to know about it. Don’t let your friends make you feel bad for missing out on seeing Xifu Sagas.

I can safely say that I haven’t heard anything like Xifu Sagas before. Combining ancient Chinese literature,  an original narrative, and a group of seriously talented musicians has made XiFu Sagas stand apart from other orchestral bands. Two of the group members are from Hamilton: the talented Annie Shaw, and Sarah Good, are both involved in many musical projects around here.  Xifu Sagas are holding their album release party in Hamilton, and I recently caught up with band leader Simon to learn more about the music.

Q –  The album credits list you as the person who: recorded, produced, wrote the narrative, and produced the graphic layout. That is pretty impressive. Can you tell us a bit about your musical career up to this point?
I think I discovered my connection to music at a very early age, by making up my own short one-line pop melodies once ever so often as a small kid in Hong Kong, although of course none of that was ever written down to give any proof.  I’ve always loved singing growing up and I started to play the electric bass guitar –  my first instrument when I discovered heavy metal as a teenager shortly after coming to Canada.  Ever since then,  music has been a huge part of my life. I’ve played in and formed different bands, composed my own music as well as studied music.  But I realize over the years that the more I learn about music, the more I know how much there is more to learn.

Q – Can you tell us a bit about how XiFu Sagas  got started? How did the Hamilton connection (Annie & Sarah) come about?
Our band was originally founded by drummer Daniel Gélinas, pianist Martin Courchesne and myself,  when we were all studying at McGill more than a decade ago. The music was very much different back then as there were only the three of us jamming on my short tunes for hours during the rehearsals. Over the years my interest in musical styles and particularly in composition expanded. I was inspired while living in New York, and then I  moved back to Montreal to study composition seriously. The band reformed as soon as I returned.  With the vision to form a larger ensemble, to play longer and more complex material, we were grateful to have found more musicians to join us along the way. Among those who joined up were Hamiltonians Annie Shaw, who was studying at McGill during this time, and  her best friend Sarah Good. We were so impressed by their performances that when we went on tour later that summer we asked Sarah to join.  We are so thankful and they are still with us because Annie and Sarah are an integral part of our sound now.

Q –  Can you tell us a bit about musical arrangements in XiFu Sagas – with so many layered and complex sounds, many band members and instruments.. how does it all come together?
With XiFu Sagas, I wanted to create a new sound that compliments a vision that combines old worlds and imaginary worlds such as in the narrative of “one last dance”. The way I’ve tried to make it work is by composing with different genres of music, and in doing so removing any association we have in a particular genre and making it sound different than what our ears are used to. The music then would require the instruments, traditionally belonging to those particular genres, to carry the emotions needed as well as the different voices to convey the story. Logistically, we make it work by having the band members play instruments and also sing.

Q –  Can you give us a brief explanation of the I Ching legacy and how that came to inspire your music so significantly?
For me, I think it’s important that any art form has a concept and that the thoughts that make this art have solid roots. The I-Ching being arguably the oldest written doctrines from China, provided the fundamental basis for the ancient Chinese civilization, and many of the teachings are still relevant today.  More than a divination tool, it is an almost boundless pool of wisdom and ideas that I believe can be applicable in musical composition and story writing.  I am no expert in the I-Ching by any means, because that itself is worth a lifetime of dedicated study.  Being a Chinese Canadian, I thought I wanted to pay tribute to my roots as I live today.

In this creation process, something new is born but at the same time something forgotten is recalled.

Q – Should people be familiar with any specific terms / ideas before coming to your show – in order to appreciate your music to the full extent?
Nothing in particular, but the audience should have an open mind, which is always good for any concert. Many works of art take time to be absorbed and understood, and I hope that might be true also to this music.

Q – What exactly is a ‘Song Suite’? – And how is that different from a traditional way of presenting music?
The way I would define a song suite in XiFu Sagas is that it is a composition divided in multiple fragments. These fragments are based on an original narrative, and are also inspired by a particular hexagram of the I-Ching. So in the case of “one last dance”, it is essentially one song made up of 18 tracks dedicated to the 24th hexagram.  What sets this apart from a traditional album is that these 18 fragments are related to each other in the sense that certain musical content is repeated throughout the album but in very different contexts to coherently tell a story.

Q –  What inspired you to write your original narrative?
I often enjoy indulging myself in a film, allowing myself to be lost from reality for a while and then hopefully return with something gained, be it an emotional connection or just a discovery of a new hiding place.  For XiFu Sagas I tried to reinvent that similar feeling by making my own narrative in music. In general I think most songs that songwriters write are in their very own way small narratives that express something personal. In that sense, I am doing the same thing, except I have expanded my song over 18 fragments.

Q – XiFu Sagas is based in Montreal – why did you chose to have your release party in Hamilton? (We are really excited about this!)
With two key group members living in Hamilton, we try our best to come and perform here ever so often. We’ve been here two times before and it’s a great crowd to play for, especially with such an abundance of artists and musicians all around. Furthermore this time being our album launch, there is no way we should miss this great city.

Q – What are you listening to these days? Do you have any tracks / artists to recommend to us?
I listen to and enjoy all kinds of music. But something that caught my attention on the radio lately is french pop singer Claire Diterzi. Her new album “Le salon des refusée” features her on voice and guitar, as well as a violin and a viola da gamba duo, which contribute to a totally otherworldly sound.

Another group I saw live recently of which I have been a long-time fan is Faun Fables from Oakland USA. Their sweet yet haunting sounds are ever so magical!

Q –  What else do you have planned, musically, for the rest of the year?
I’ll try to promote the album and share it with as many people as I can. Besides that,  I will continue to compose, practice and perform.

path of the stars from XiFu Sagas on Vimeo.