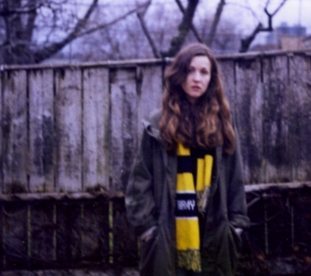 The Diamond Rings show at This Ain’t Hollywood was one of the most highly anticipated shows of 2012. It sold out quickly and the hype surrounding it was huge. Diamond Rings were, as expected, great. The big surprise of the night, however, was opener Jessy Lanza. It was Jessy’s first show of the sort and it was very well received. The buzz spread quickly and the lasting impression that show made on the crowd was,  ‘damn, Jessy Lanza was amazing”. In fact, Jessy was so well received  that I found out about her show with Trust this weekend, months and months ago.  The hype is worthy, because Jessy is fantastic and is likely going to become one of Hamilton’s finest musical exports. (2017 Edit: This prediction came true in a huge way, shoutouts Jessy Lanza)

I caught up with Jessy to talk about her year, r’n’b music, and what’s next for her.

Q – This upcoming show with Trust will only be your second show in Hamilton, as Jessy Lanza. After your set opening for Diamond Rings, people went nuts for you! The hype spread like wildfire. What was that like for you, playing that sold out show?
I was really nervous but I’m from Hamilton so most of the people in the crowd were friendly faces.

Q – When did you start making the kind of music you make now? How did that come about?
Mainly from just wanting to experiment with more interesting sounds than you  get when you’re writing on an acoustic piano and singing. I was bored with only writing songs that way and wanted to try writing with synths and samples where you have more sounds to play around with.

Q – Where do you draw your inspirations from?
I always find going to live shows really inspiring.

Q – On Facebook,you post a lot of really awesome rap and r’n’b, including, what I consider some of the gems from the golden age of rnb – the 90s. Ginuwine, Aliyah, etc. What was it about that time in music that was so amazing for Rnb? What do you think?
A lot of great r’n’b producers and artists were releasing in the mid to late 90’s but when it comes to albums like One in a Million or The Bachelor it was Timbaland and Missy Elliot that really trademarked that sound.

Q – Share a song with us that you’ve been listening to a lot lately. Anything good / new / rare we should know about?
Jeremih recently put out a mixtape that’s really good called Late Nights With Jeremih. There are some great songs on there.

Q – Who are some of your favourite local musicians / bands?
Motem is awesome and same goes for glassEYElashes. Also, No Shoes One Sock

Q – Do you have any plans to record or release any material any time soon? What does 2013 hold for you?
Hopefully I’ll be releasing something in the fall.