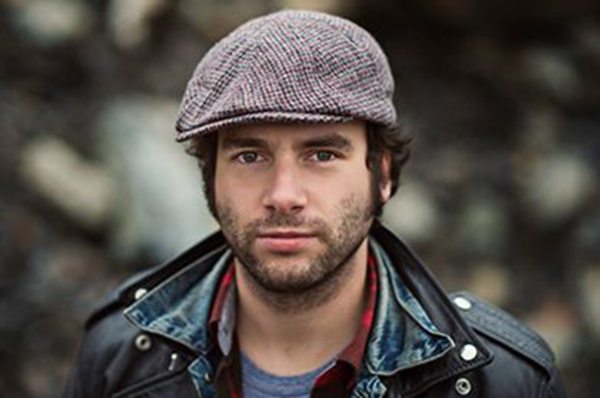 An Interview with Adam Baldwin

This week I got to meet the lovely Adam Baldwin as he prepares for his first solo tour. Adam is a well respected Halifax-based musician who has gotten a lot of recognition for being Matt Mays ‘right hand man’. Adam spent many years playing with Matt Mays and El Torpedo and through that he began work on what eventually became his 2013 self titled EP.

Q – Hey Adam! Your tour kicks off in Hamilton this Friday, how are you feeling?

I am really excited and happy to come to Hamilton. I’ve always loved Hamilton and the music scene there. We used to always stop by Easterbrooks for a hot dog and then head down to the venue. Looking forward to that.

Q – Can you tell us a bit about your EP and how that came together?
The EP was a really long process. It was in the works for almost 6 years because I took it really slow. I was on tour with Matt Mays & El Torpedo and in our down time the guys encouraged me to work on my own stuff – so I did. I took my time and then recorded it the way I wanted to. I’m happy with how it came out.

Q – What inspires you when you’re writing?
Well, as a touring musician, I meet a lot of people and as corny as it sounds – everyone really does have a story or more. There is something relatable in these stories that I always relate to in my life and I always strive to add my voice to these stories and put them out as songs. I hope that people can listen to my songs and tell that they come from an honest and genuine place. I slave over my songs and I think that’s important. We, music fans, get treated like idiots and fed the worst vacant music. I think that people are smarter than that and I think that when you hear a good song it can be a magical thing. It is like these big labels have crated a mathematical formula for a successful hit and it’s been working for too long.

Q – How does your creative approach differ now that you are embarking on your solo tour – to being a talented musician playing for Matt Maye?
Matt is one of those guys who is particular in what he likes – in a good way. There wasn’t too much space to go crazy because he had a really clear idea of what he wanted to hear. He made us find a way to hear the music he had imagined – if that makes sense?  I think that’s a good way to be as an artist and I am like that myself.

Q –Can you tell us a bit about your touring band?
My band is made up of friends and musicians that I’ve known for a while around Halifax. We play in a cover band together called The Carletones – we do mostly covers of old rock songs. These guys are basically a bunch of derelicts and now we’re going on tour together! Haha. They are great guys and it will be cool to travel with them.

Q – What’s it like to be a musician in Halifax today?
Halifax musicians are great – it is a small community and everyone knows everyone. It is similar to Hamilton in the way that whenever I meet a Hamilton based musician they tend to know all of the other guys in the other bands. We are a tight knit group here in Halifax. On a darker note, a lot of our venues are closing and it is getting harder to book shows. We are down to basically just one cool bar. Our population is pretty small and I guess it is expensive to run a music venue. But, we have a saying around here “You can’t keep a good dog down” and I believe we will find a way to keep playing.

That’s a great saying. I haven’t heard that one in a while and will start using it.

Q – What are you listening to these days?
I am a shameless Springsteen fan and listen to at least half a record every single day. I listen to a lot of 50’s pop and classic rock music. Having said that, I did get in the van today and hear Taylor Swift’s “Trouble” and I rocked out to that pretty hard.

Q – What type of music do you cover in The Carletones?
We play a lot of classic American rock’n’roll. Stuff like Chuck Berry. A lot of Springsteen. It’s fun to play that music and it’s good for our chops. It keeps us sharp. People from the West usually come here expecting to hear a lot of the traditional type of East Coast music and sadly many of the cover bands here pander to that.  We don’t.

Q – What can people expect from your solo shows?
I will be interested to find out myself! (haha). I haven’t seen Sam Cash (supporting act) perform but I’m looking forward to it – certainly his album is really good. As for my  band, we’ll be bringing you some songs that will bum you out and other songs that will make you shake a leg.  We will take you on a musical journey!

Q – What do you have planned for 2014?
I am making some plans for the summer and will hopefully head to a studio in the fall. Besides that I plan to write – I’m always writing. There is something about being on tour that sparks that writing bug. I guess it’s being slightly hungover and tired – meeting people – and suddenly the ideas just flow. I have a small child and I will take this time I am away from home and use it to hopefully get a lot of writing done.