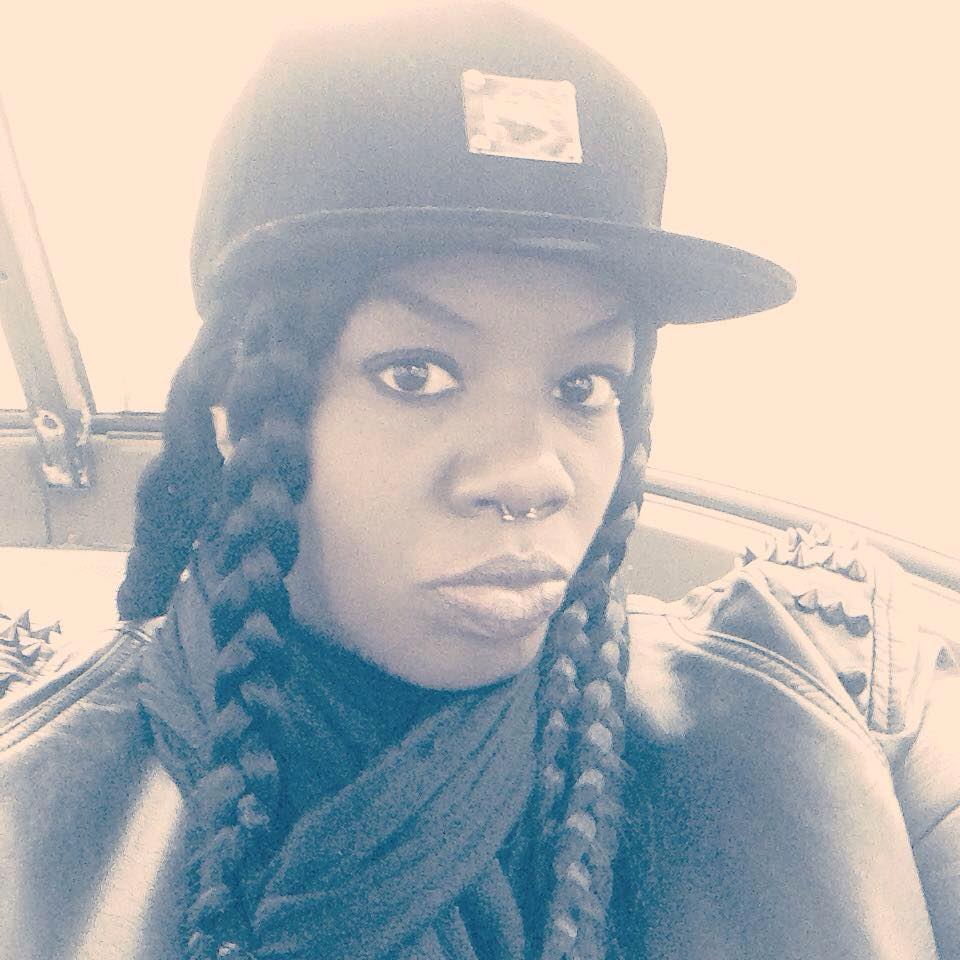 Getting to know Marshia Celina

Toronto’s Marshia Celina is playing in Hamilton this week. This Ain’t Hollywood is the place to be on Friday for the Lee Reed, Haolin Munk, LAL, EMAY, and Marshia Celina show. All the information can be found here. This is Marshia’s first Hamilton show and she was kind enough to answer some questions to help us get to know her better.

Q –  Can you tell us a bit about how you got into music? What lead you to hip hop, specifically?
My family got me into music when I was kid; playing the flute, choir at church and orchestra/band at school, plays, lessons & recitals. That kind of stuff.As far as getting into hip hop,  I started with a combination of writing short stories and poems as a kid  to  performing spoken word in Philly open mics & a bi-weekly night I co-hosted a few times back in 2009.I liked performing and creating and so in 2010 when Michael Hyde & Jake Hockel reached out and said they wanted to do a project, I was like “I’m wit it.”

As a teen, I was addicted to listening to the Roots, Power 99, and  listening to Jodeci & Bone Thugs cassettes. And the VHS tapes of the box rap videos. Biggie. Total. Missy Elliot. Da Brat, etc. I used to watch those videos over and over again. It was (and still is) the evolving sound of hip hop that drew me in and that still draws me in today. The audaciousness, the grit, the cockiness, the resistance, the freedom – that stuck with me and I stuck with it. It became my writing therapy and my favourite genre of music.

Q – What is your approach to writing rhymes? Do you write all the time (journals, poetry, bars, etc) or do you write for specific projects in mind?
Sift. I sift through my life, thoughts on life, books, conversations and adventures with I go hunt for sounds, beats, rhythms, melodies.Then I write. I sift. Then I rewrite. I practice. Then I rewrite again. I collaborate.

Q –  How involved are you in beat making? Alternately –  when you’re selecting beats to write to what catches your eye?
Regarding this last project, I dug through the internet’s crates for dope beats and then I did all the recording and production. As for my next project I’m still looking for beats and anyone making dope tracks can email me beats to marshiacelina (at) gmail (dot) com

Beats that catch my attention have to make me feel something. I like full sounding tracks as much as thin, minimalist tracks. Hip hop fused with another genre, interesting vocal samples, and drum patterns. I like anything from King Crimson, RZA & GZA, to Metro Boomin & DJ Mustard to Asma Maroof or Bleep Bloop

Q – What do you think about the term ‘conscious hip hop’. Is there a more accurate way to describe rap music that involves higher level thinking and moving away from club rap? Is there a more accurate label we could be using?
I don’t know. I don’t even know if it needs another name. It is a form of afro-futurism to me. For the fun of it, let’s call this rap genre afro future rap.

It has to do with how’s it being said/phrased at the time – that makes a difference. I think it’s more about the feeling of being boxed in personally and professionally than it is about the actual word ‘conscious’. I’m fine with the term most of the time; It’s a conversational piece. I don’t like when people use it to be elitist, and to try and clown another artist who makes club/trap music.

I do think more people need to be proud of the fact they question what’s around them, and that they push boundaries. It’s all cool to me: be a healer, be a provocateur, make us uncomfortable.

Q – When it comes to intelligent hip hop there is sometimes a fine line between a fun, enjoyable, track – – and heavy preachy sort of ‘let me educate you’ music that isn’t always the best in a live environment. Where do you draw the line? Is there even a line that needs to be drawn?
The problem is that there is a large gaping chasm between boring and exciting. Sometimes people make boring preachy music. It is what it is. As for ‘preachy’..some people don’t want to hear about or be reminded of all the messed up things going on in the world, and some people do. At the end of the day, there’s a time and place for all sub genres of hip hop.

All hip hop music preaching to us through. It’s the origins of the craft. It is finely woven in through toasts and an idea repeated throughout the song. ‘Preachy’ has a negative connotation. I look at it like everybody is preaching to me, so who do I agree with more, or what gems of knowledge can I sift from this record; whether its theory or dance move, etc. It’s a lot of wear this/not that, believe this/not that, go here/not there, like this/not that, rep here/not there, etc. That is prevalent throughout all genres hip hop music, and very rarely are questions asked in this kind of work. The very braggart nature of hip hop pushes the writer to state their opinions and truth confidently. I think when that idea is challenged, when questions are asked, that artist’s work is called conscious…not because the analysis is right or wrong, or the sound is different, or that the artist even considers themselves conscious, but because it made the listener think outside the box.

I don’t think there’s need to be a line. We should expand consciousness in all directions, and artists should be able to create in any way they want. Whether “its good or bad”…the consumer can own the art not the artist.

Q – Can you recommend an artist / band / or a song for us to check out? Do you listen to any Hamilton based artists?
I just got introduced to Lee Reed through Rosi from LAL. From there listened to Emay.