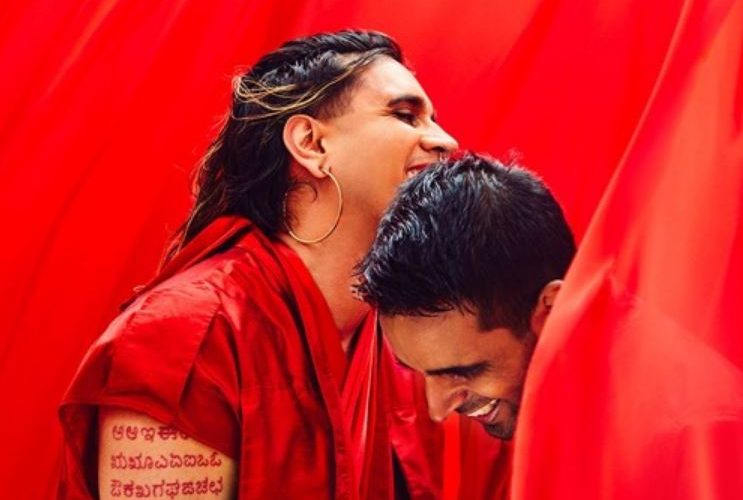 Get to Know Too Attached

Gone are the days of the irresponsible and tacky rock star. In 2018 the dreamiest musicians are the ones making statements with their music and doing more than they have to. Enter Too Attached, the brother-sister duo educating the world one pop song at a time.

The dynamic sibling duo comprised of producer/photographer/beat boxer, Shamik Bilgi and writer/artist/assistant professor, Vivek Shraya are headed to Hamilton for the first time and they are bringing their addictively smooth beats and thought provoking lyrics with them.  They’re also bringing the Dancehally, Souly, powerballady, what you can only describe as ‘fusion’ band Bonjay along for the stretch that will also hit Guelph, Montreal, Ottawa, Toronto.

After and incredible year for Too Attached (being placed on IN Magazines Canadian Artists to Watch list, reaching new levels in their various fields, and creating their critically acclaimed album Angry)  the pair is on fire – especially musically. Angry is packed with raw emotion, passionate poetics and body stirring sounds. It’s the perfect mix of pop meets politics. Producer Bilgi, who has toured with the likes of Method Man & Redman, Bassnectar, and Tanya Tagaq brings his style of hypnotically engaging beats while Vivek adds, as her brother describes, her “genius” with lyrics about her life experience as a Trans woman of colour that are witty, heartbreaking and cunning all at the same time. You have not heard pop music like this.

The Diversity Tour was a collaborative brainchild of Too Attached and Bonjay, both groups who aren’t afraid to shy away from controversy or comedy; “It’s anti-tokenism – a celebration of real Canada in all its queer, racialized, genre-blurring, fist-pumping glory” said Shraya on its release.  She explains more on an Instagram post promoting the tour, “after working in a diversity office in Toronto for 10 years, and being immersed in various Canadian art industries, I have observed that institutional championing of diversity is often less about fighting white supremacy, misogyny, homophobia, and ableism and more about suppression, profiteering and/or self-aggrandizement. So I have a personal agenda against the proliferation of the current, empty usage of ‘diversity’.”

We talked with the brother and sister duo about partnering up with Bonjay on their upcoming tour, the poster that has everyone talking, the power of pop music and why buying records is important.

Too Attached and Bonjay perform at Mills Hardware in Hamilton on Sunday, May 27th.  $12 door | 7pm doors, 8pm show | All-Ages (See our interview with Bonjay)

Can you tell me more about the tour poster (designed by Stephanie Cheng)?
We had been chatting with Bonjay about the possibility of touring together for a year or so and in one of these conversations Alanna mentioned that she wanted to call the tour “The Ethnic Tour.” Vivek mentioned to her that she had a similar idea—”The Diversity Tour”—based on one of the new Too Attached song titles “Diversity.” Both of these potential tour names partially emerged from wanting to satirize this current superficial fixation on diversity. Designing our tour poster based on old Government of Canada multicultural posters was an extension of this idea. The response to the poster has been anywhere to people reading the poster as literal, and therefore being angry, and to others laughing, understanding the implied humour.

Angry is filled with songs that have such heavy messages and yet it’s pure pop music gold that makes you want to dance and sing – is wrapping an important message in an engaging package intentional?
It was important for us to have an album that is cohesive and that tells a story. We had a bunch of demos and after sending music back and forth for months, we were noticing Vivek was tackling a lot of political issues in her lyrics. “Bare Minimum,” for example, is about people patting themselves on the back for doing just that—the bare minimum. We also felt that people of colour often don’t have songs dedicated to them or songs to celebrate with each other. Another track, “Grateful,” features the line come into your power, which repeats over and over. It’s been powerful to having POC’s sing that line with us during our live shows. We are proud of the decisions we made while making this record. As much as pop music is an escape from the hard times we face in life, we want to make music that also challenges others and ourselves to push things forward. We knew ahead of time that we would make some people uncomfortable, but since we are both in the second decades of our professional careers playing it safe is boring.

What inspired this tour with Bonjay?
Vivek and Alanna from Bonjay know each other from being in similar circles in Toronto and from Alanna singing backup for Vivek for her Part-Time Woman shows with Queer Songbook Orchestra. We were fortunate to have a powerhouse choir of 7 women of colour vocalists on two songs on our album, “Grateful” and “Love Is Not Love.” Alanna was one of the vocalists, and they were all in the music video for “Grateful” as well. Bonjay brings a dancehall and electronic vibe to their show and we bring the pop and Indian flavour to our show so it will be a fun, “diverse” combination of sounds on this bill. We are promoting our new record, Angry, and Bonjay’s new album, Lush Life, drops the week of the tour. We are both vocalist/producer duos, and we expect the flow to be dancy, political, and also soulful.

What’s next for Too Attached?
We have collaboration with Peaches which will be out very soon, plus a couple remixes. After this tour we are performing at several festivals in Canada: Sled Island in Calgary, Indian Summer Festival in Vancouver, and Hillside in Guelph. We will continue to tour our new record for the rest of 2018. In addition, we balance our band life with our individual artistic careers. Vivek has her new book; I’m Afraid of Men, which will be out by Penguin Canada this fall. Shamik is working on a new album Channeling India vol 3.

I recently saw a speaker who urged the audience to not edit their dreams – you both are so successful in multiple fields – is that a result of shooting for the stars or do you “edit” your dreams ?
Music has always been a primary focus in our individual careers but I think over time, we have both adapted into broader artists. I think some of this is about “editing our dreams”—understanding that dissonance between our ambitions and the reality of being brown musicians in a still very white-dominated industry. So branching into other arenas has not only been a means to explore other interests and grow as artists, but also a necessity to create multiple entry points into our work for audiences.

What stifles your creativity?
So far, staying in the same place creatively is the only real issue we’ve had. The exciting thing about being in a duo is that usually when one of us hits a wall, the other has ideas. As a result, trying new approaches, being open to each other’s feedback, and brainstorming is how we manage to leap over the tough hurdles. Our first record, Bronze, was all sample-based, and for Angry we challenged ourselves to not use any samples and have strong compositions. In the beginning it felt like it would be hard to repeat the magic of Bronze but in the end we feel our vision levelled up quite a lot. Some of our songs on Angry went through several transformations or took six months to a year of evolving. It definitely helped that we had a lot of rage to get out of our system! Getting feedback from your sibling isn’t always the easiest, but we both agree that our common goal is to do whatever it takes to make great music.

How can fans best support Too Attached?
The best way to support us at our shows is to buy the vinyl. We are thankful for all the streaming sites that help spread our music like Spotify and Soundcloud, but it means the world to us for our fans to have a physical copy of a record we worked so hard to create. The record features cover artwork by Hatecopy, red vinyl, and a lyric booklet. Alternatively, following us on social media (@tooattachedpop) is super appreciated as well.