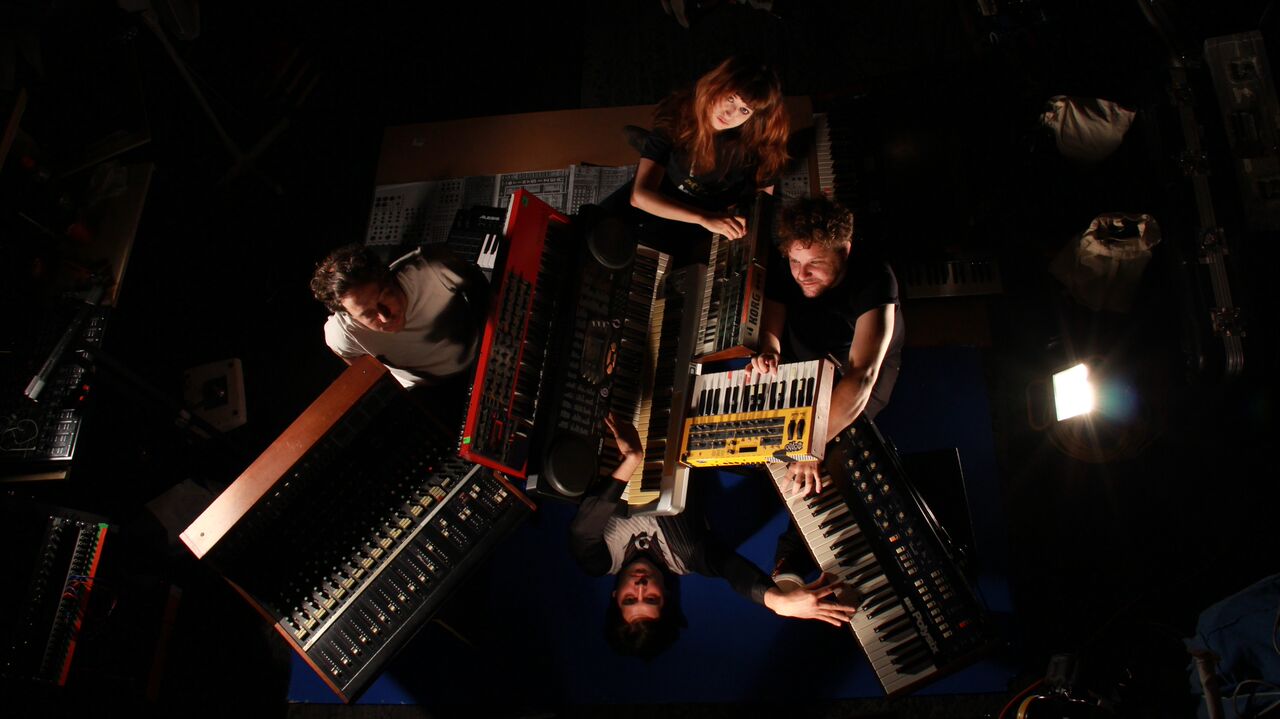 An Interview with Duchess Says

Duchess Says are a Montreal based punk-pop band who have been taking audiences by storm with their engaging and wild live shows. Almost all of the word of mouth I’ve heard about this band has to do with their live shows which is pretty impressive. Duchess Says sound like an 80’s experimental pop band who were raised by punks. The origin of this band has to do with ‘the Church of Budgerigars’ which I assume is some sort of an inside joke, or story, because when you try to find any information about that online the only results are Duchess Says interviews. Mythology is obviously important to this band and they have a clear love of music and performance.

Duchess Says are on tour right now and are likely coming to a place near you. Why not see them live and see what all of the fuss is about?

Q – Hey, how’s the tour going?
Super fun! Our album lunch is done in Brooklyn/Montreal and we’re super excited about the next gigs (Ontario, Qc, Europe)!

Q – One of the things that comes up about your band a lot is how amazing the live shows are. Do you consciously work on creating an engaging live show?
I could definitely say that the major part of our work is spontaneous and also a direct reaction to the diverse situations happening between the crowd and the band. I can also tell you, that a very strong feeling of urgency overrun me as soon as the show begins and pushes me to create something with what I see  (the people, the venue and the objects around).

Q – Do the seasons affect how rowdy your shows get? You’re from Montreal where the winter is no joke – I wonder if people are more likely to cut loose when its hot or when its freezing cold and they haven’t seen the sun in a few months?
Mmm…We never noticed major differences between seasons. Most of the time people come to our shows for mental release. I think we are dealing with stress all year long.

Q – Can you tell us a bit about the spiritual nature of the way your group formed? Can you give us a primer on Church of Budgerigars?
It all began when we first saw the Budgie (Duchess) in an old archives file found at my grandmother’s house, the folder was called the Church of Budgerigars. I had a glimpse on the papers a few years earlier but I didn’t really pay attention to the content.  Later on, we discovered the meaning of all this. We decided to make it live again.

Q – Your music sounds like a frantic tug of war between punk and 80’s pop. Can you tell us a bit about your influences?
Our influences range from cinema, visual art, no wave, punk, new wave, Krautrock etc. We love to mess up with genres and mediums.

Q – Do you have any Halloween costumes planned for this year?
Of course! Our costumes will be in relation with our next video (Negative Thoughts)

Duchess Says are playing in Hamilton On October 29th. For the rest of their tour info – click here.