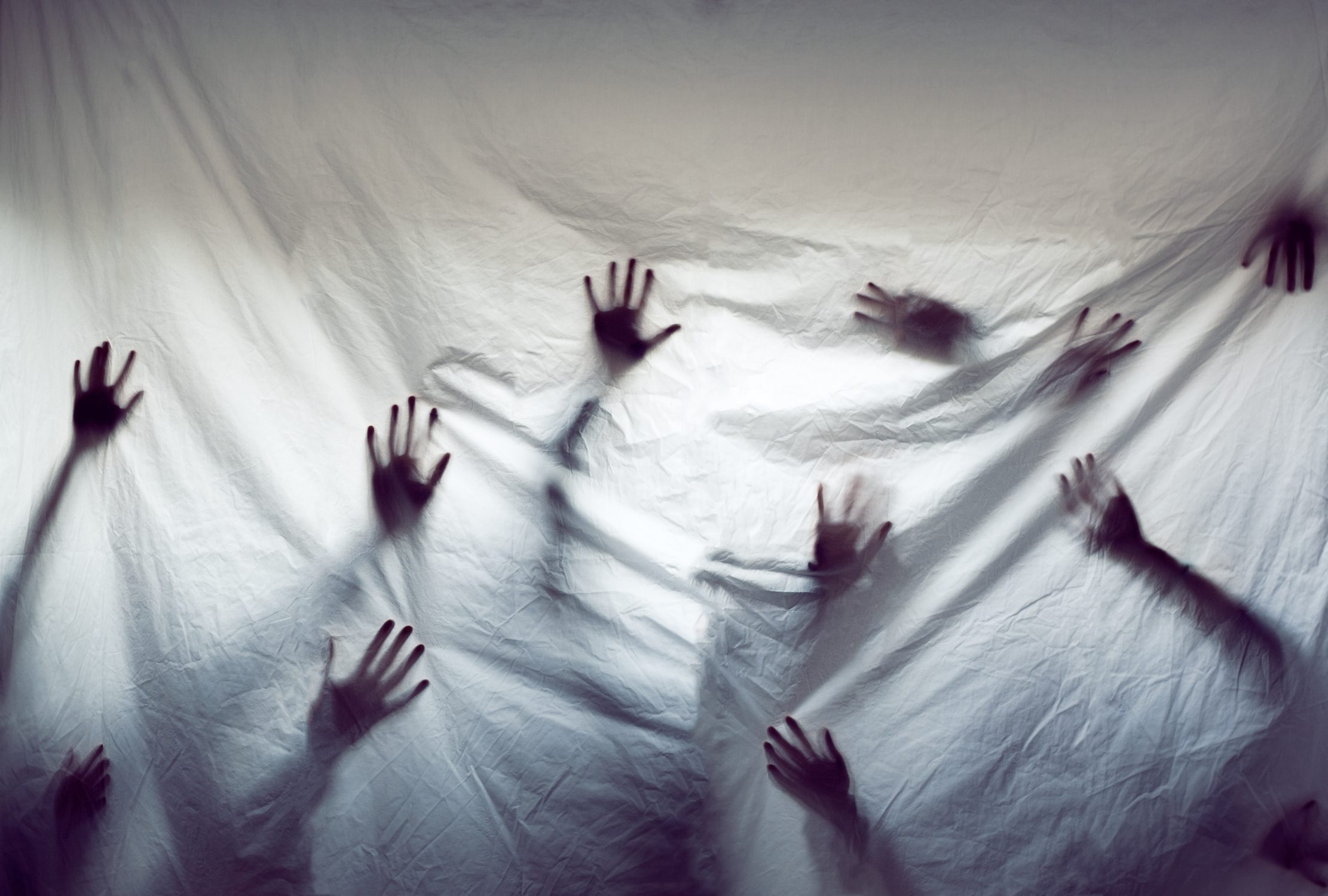 Have you ever yelled “WHY” as the last female character of a horror flick descends to the basement and her certain death? Well today I know why. It’s because of Del Bel, an awesome band from Toronto whose spooky, surprising and swinging big-band surf-pop will lure you in and never let you go. (Though in this scenario you are dancing, not dying).

Tyler Belluz got the whole project started and has agreed to talk to us about Del Bel’s scary movie origins, Tyler’s new label, and which  TV channel has the best music.

Del Bel is playing Homegrown Hamilton this Friday as part of Wavelength’s tour. Check out our event page here.

Q- As the story goes, most of the music and the band came together for a B-movie project. Can you tell us a bit more about this movie? Were there any characters or visuals that caught your imagination in particular?
Our debut record was formed not by watching scenes from the movie but from still shots that happened in different scenes. Each shot usually had a different character from the film and each scene had major contrasts in colour and themes, so it was actually quite easy to do. Although the music I wrote for the scene that had Ray Wise (from Twin Peaks fame) wasn’t used, it was pretty interesting to see when and how their editor synced up the film to the music.

Q- In other interviews, you’ve mentioned that you gave Lisa Conway the completed instrumental tracks and the task of writing lyrics for all the songs. Did you two talk a lot about themes or ideas before she got started? How did her lyrics compare with your thoughts when you were composing the score and producing the instrumentals?
We didn’t really talk at all. In general she could hear the different styles and genres being blended in each demo, but we never sat down and talked about lining up my thoughts with hers. In every case, we would go to the studio for her to record her vocals without my knowledge of any melody or lyric she composed. This was pretty cool to hear the songs form in real time, and also weird because it’s her final decision on what worked melodically. This is obviously unconventional but I’m quite pleased with the end result.

Q- Del Bel released Oneiric over a year ago. Is there a new album in the works? How will you shape the next album without a horror flick to write for?
Our sophomore album is completed and I am currently waiting for my incredibly slow internet connection to upload it. I have 7 hours left to go! This album was engineered by Ian Romano and Kenny (the 3rd) Meehan from Tapes and Plates in Welland. I believe Ian told me he thought the demos for this record sounded like death metal. Hopefully it evolved from that! Although there is a horror movie that might use some of these songs from it, all of the tunes were demo’s created with no particular influences from movie scenes. 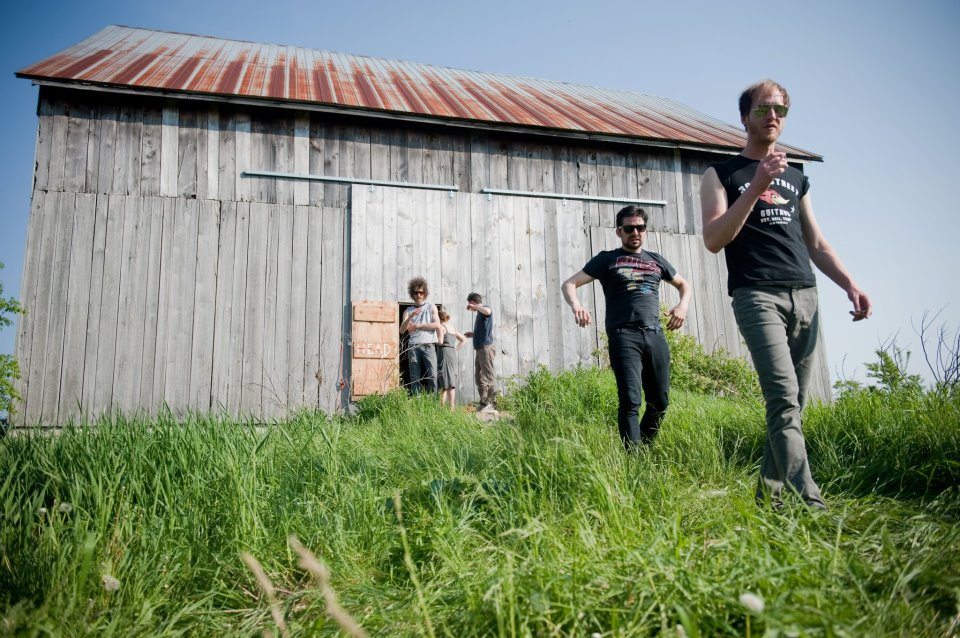 Q- Del Bel’s music is really unlike most of the stuff on the indie scene. What are some things you do to be creative and keep you thinking outside the box?
I shamelessly watch an incredible amount of bad horror and thriller movies. Most of which are found on Netflix, however their selection is awful. But I really find whatever album I listen to around the time of composing greatly affects the outcome. So I also tried to not listen to much music within these moments of being creative. I also feel that music within television has improved quite a bit. More often than not, shows from AMC have a vibe that draws me into the show more so than network television.

Q- What are some of the challenges to making such unconventional music?
I think there are less challenges creating music but less time to sit down and comfortably write stuff. However this summer I only have a few festivals to play, so I am hoping to at least dabble around with some new sounds. Sometimes I even have to cram in recording something vocally on my iPhone while I drive. That being said, I actually have a few days off this weekend and I will be heading to Manitoulin Island to visit my girlfriend’s hometown for the first time. Maybe I should bring an instrument while I’m there? (I just answered your question with a question)

Q- The Wavelength Roadshow looks pretty neat. Can you tell us a bit about what it’s been like touring with this group so far?
I have been working with the Wavelength crew for a few years now and I honestly can attest that they are they have greatly helped me on many fronts. This past weekend was a tour booked for performances at Ottawa Explosion (co-presented by the Aboretum Festival) and Montreal’s Suoni per il Popolo festival. Each event had very different vibe and feel, but overall these were some of our best shows out of town to date. It was also particularly amazing to stay in the loft above Casa opposed to someone’s random floor! On Thursday we will be co-presented by Kazoo! Fest here in Guelph. Similar to Wavelength’s influence on Toronto, Kazoo! has been functioning a organization based on mirrored aesthetics.

Q- What can Hamilton expect at the show on Friday night?
Friday’s show at Homegrown Hamilton will go off quite in similar fashion as all shows on this tour. We have be travelling with an art installment by Alexandra Mackenzie and live projections by General Chaos. In addition, Fresh Snow hasn’t played in Hamilton yet, so this will be their debut in your town.

Q- What’s next for you?
Past this little tour and festival showcases in the summer, my musical compadre Mike Brooks and I will be launching a Guelph based record label in September called Missed Connection Records, starting with Saskatoon based folk artist Zachary Lucky. In addition to the music side of label, there will an art division run by Angela Drystek who has recently been in charge running the Kazoo! Festival Print Expo the past few years. She will be in charge of the overall design and aesthetics of the label while also be running year round projects that will be announced soon.

Thanks for your time Tyler! I’m looking forward to the show!