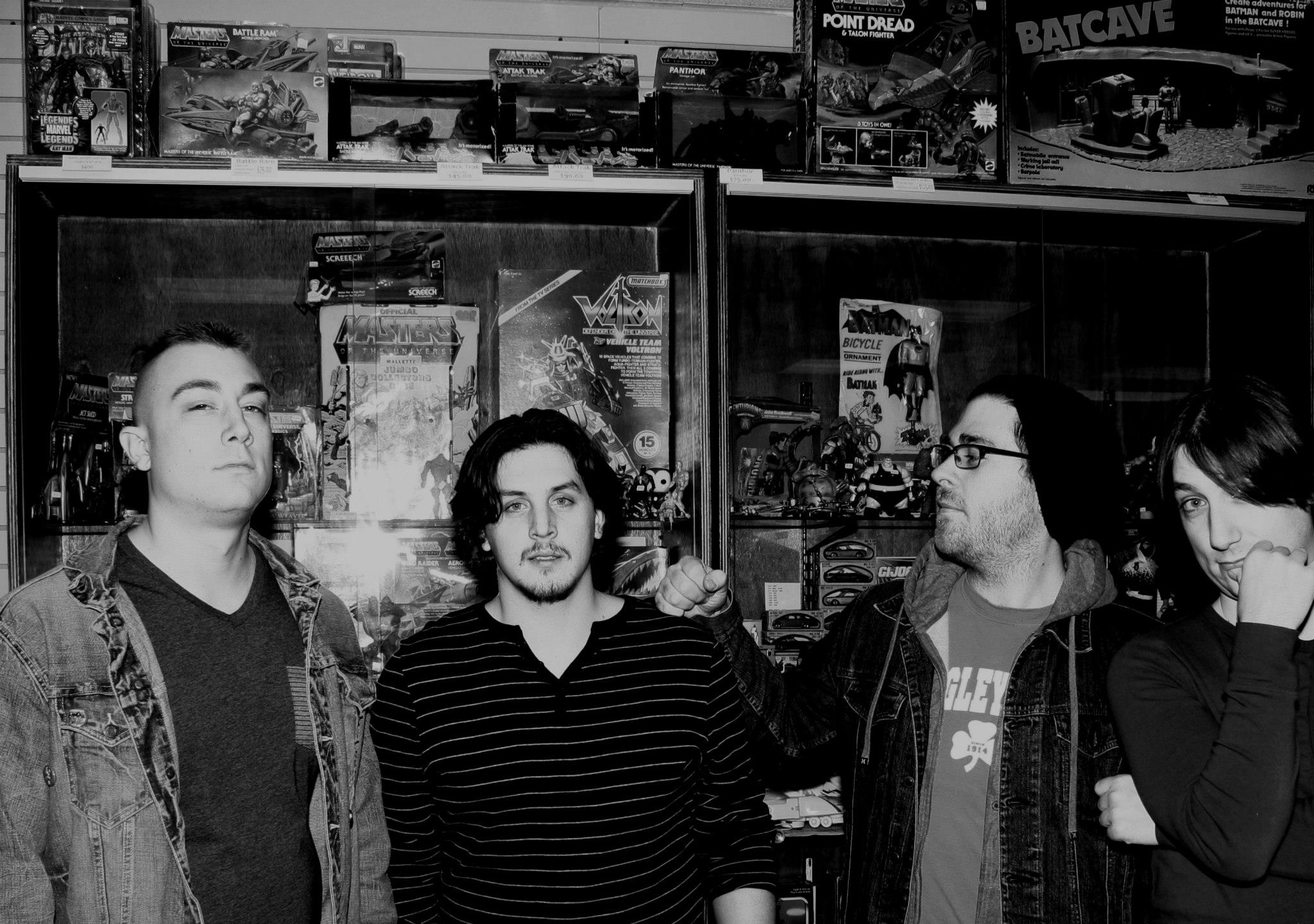 City and The Sea

City and The Sea have been a well loved rock band in Hamilton for many years. Through lineup changes and shifts in direction, the band has kept a solid following, and that is likely because they’ve provided us with a steady stream of loud rock music. Good quality, no-nonsense, music never goes out of style and it always finds an audience.

The boys have recently released an EP, ‘Action Figures’, and are gearing up to rock our worlds all summer long.

Q – For the uninitiated, can you tell us a bit about City and The Sea – how you guys formed, and about the ‘relaunch’ of the band?
We formed City and The Sea in 2009 after all being in different bands over the years. We recorded and released the “Leave A Light On” EP in 2010 and did some touring internationally. In 2011, we had a shakeup in the lineup of the band, different members went on to do different things. Our bass player Dave Marini and I wanted to keep playing and pushing the band, so we recruited Jon Daly on lead guitar and Joe Piccolo on drums. Since then it has been all systems go for the band with the release of “Action Figures”. After a few years of transition and change, we’re back in the forward position.

Q –  Where do you draw your musical inspiration / influences from?
We all have a love of the classic stuff, The Beatles and Led Zeppelin, Motown and soul, all that of that stuff influences our writing, but we’re all into modern stuff as well. Bands like Oasis, Foo Fighters, I Mother Earth, Black Crowes and Muse are some of our influences. Inspiration can come from anywhere, it’s all about having that songwriting antenna out ready to catch inspiration, whether it be a cool song title or a strange situation in life. Anything can be turned into a song, and it’s important to always be on the look out for the next great idea.

Q –  Can you tell us a bit about how song writing works in your band? Does one person do it – or do you collaborate? How does it work?
It’s a little bit of both to be honest. Some songs are written individually and then brought to the jam space to flesh out as a full band. Other songs can come out of a cool riff being played over and over in a jam. Wherever the song may come from, the process of adding the instruments and the final arrangement of the song is always done as a band. Once we’ve jammed the song and work it out I’ll go through and write and finalize lyrics.

Q –  Who are you favourite local bands? Are there any that you love seeing live?
Our guitarist Jon Daly plays bass guitar in another local band called The Great Machine, who will also be playing the Casbah Lounge on May 3 with us. They have a wild and frenetic rock ‘n’ roll show that is always fun to see. 40 Sons are another great straight up rock band in the city that are doing cool things.

Q –  What are you listening to these days, in general? Any good recommendations for us?
As band we all went to see Muse and Biffy Clyro at the ACC a few weeks ago. Biffy Clyro are a Scottish rock band that just put out their sixth record, and they are amazing. Also digging new stuff by Surfer Blood, Jake Bugg and the Sound City Soundtrack.

Q – What do you guys have planned for the rest of 2013, musically? What can we expect from you guys?
More live shows! May 3 at Casbah Lounge for the launch of Gunnersmith.ca, May 16 at the Drake Hotel in Toronto. Then jaunts to Ottawa and New York City also on the horizon this summer which we’re really excited about. On top of that we’re writing and demoing new music for release later this year. We’re excited for everyone to hear these new songs and we’ll be playing them at the live shows this summer!