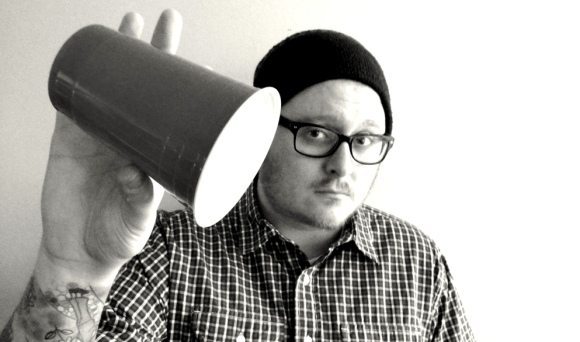 Catching up with D-Sisive

This week I got to do one of my favourite things – interview a musician that I’ve really liked for years. D-Sisive (Derek Christoff)  puts on a great show and he is easily one of the best MCs in Canada. His latest EP The Raging Bull has been getting rave reviews across the board and it isn’t difficult to see why. The combination of Tone Mason’s production with D-Sisive’s lyrical prowess is fantastic. D-Sisive has been making music for well over a decade and he, like a fine wine, gets even better with age.

D-Sisive plays This Ain’t Hollywood tonight (January 17th) with Adam Bomb and a host of great DJs. Find the details on our events page.

Q – Congrats on The Raging Bull being received so well. It is fantastic. Can you tell us a bit about how this album came together and what it was like working with Tone Mason?
I was at work, logged into Gmail. Mellenius sent me a message through Gmail chat that simply said he’s going to send me some new beats in a bit. I thought he messaged the wrong person by mistake. I have always wanted to work with him. I replied, asking if he had the right person. I waited a few hours for a response, and I was convinced it was a mistake and was heartbroken by hour one. He finally replied, telling me it wasn’t a mistake. I was stoked. He sent me a bunch of beats and we dove in. Working with him was / is amazing. He’s done some massive projects, but truly respects what I do. I love what he does so we focused on what we’re in charge of, and both, I believe, brought incredible results. I’m super stoked with how it turned out. And the response has been insane!

Q –  Critical Acclaim vs. Commercial success is a tough thing to think about when it comes to talented artists such as yourself. Your track “thoughts from an office cubicle” comments on this a little and it is certainly a theme that’s persistent in a lot of your music. What is up with this? Do you think that this is a hip hop thing? A Canada thing? Is this happening because radio play is bought and paid for by record labels and everyone plays the same crap in every city? I’m just curious to see if you have any theories…
I have a few theories as to why it happens to me, but I’d rather not go into it heavy. It ends up ruining my day. As frustrated as I am, I’m also not a delusional person. I’m an underground artist and don’t make commercially viable music. I don’t expect myself to be on top 40 radio, though I do believe I’ve made a few songs that could have at least been played on Flow. They’ve shut down every song I’ve tried to serve them. And that’s fine. They don’t owe me anything. But it definitely gets frustrating when you turn it on and hear complete Canadian diarrhea. You can’t help but feel slighted. Like, why am I being ignored and this is being played? With that being said, I’m grateful for the attention I do receive, though I wish it could be a little more. I’ve more than paid my dues.

Q –  Toronto hip hop is a bit of a mystery to me.  I have a hard time getting a grasp on what the Toronto sound is and if there is one. What’s your take on this? Is there a Toronto sound?
The Toronto sound is whatever is popular. There’s a lot of people that will probably be offended by that, but prove me wrong? Drake is hands down the most successful Canadian rapper ever, and it’s questionable whether someone will pass him. I highly doubt it. What’s commendable about him is he created his own sound. A sound that is cohesive throughout his albums. And with that comes 80 percent of Canadian rappers copying the fuck out of it – singing every forth bar of their verse. And they’re so bold about it. That makes me sick. Drake’s sound may be the biggest sound in Toronto, but that doesn’t mean it has to be Toronto’s sound. I don’t get why everyone wouldn’t try to pave their own lane. That always boggles me. And these copycats will all burn. You’ve seen it a hundred times. 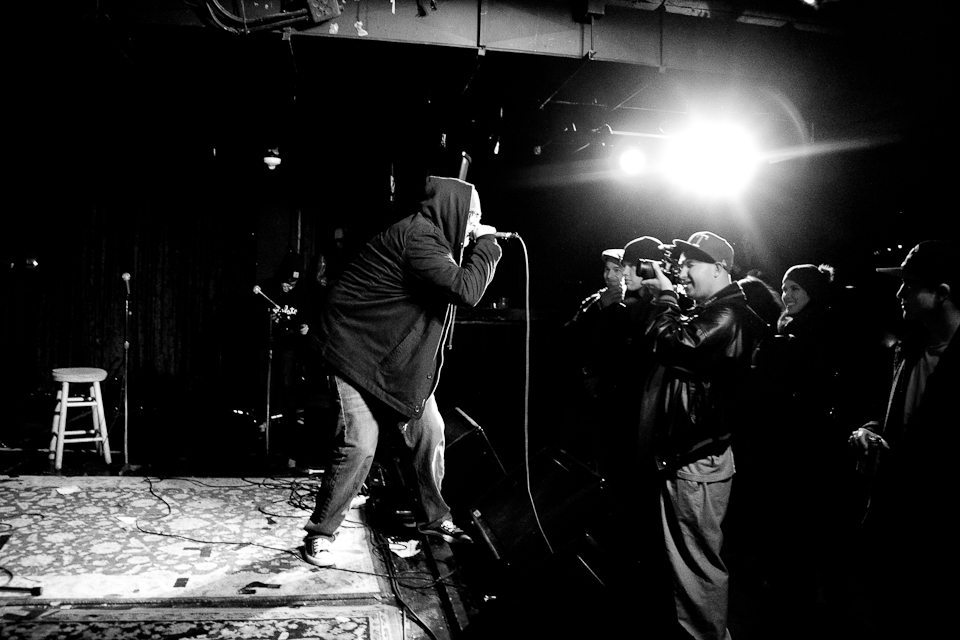 Q – Do you have any plans for your plague doctor mask-wearing character Orville Knoblich?
Yes. Big plans. Orville is going to be very, very prominent in 2014. Knoblich is for the kids!

Q – What do you have planned for 2014, musically speaking?
This year, I’m planning on releasing more music than any other year. I need to seriously go in. I’ve always been working on multiple projects, but I want to seriously crush this year. Do shit nobody has ever done. What do I have to lose? Nothing. I’m already in the meat grinder. Fuck it. Go out shooting.

Q –  I really like your song “Tito Jackson” – can you tell us a bit about that song?
I really like that you really like it. It’s mostly a shit talking song for the kids. When I first heard it in Norm’s [arkeologists] basement, I lost my shit. It has a certain groove to it. A strange energy. Made me think of the Jacksons. I wanted to talk about an embarrassing Jackson. Michael gets all the love. I remember googling their names and laughing with Norm. It was pretty ridiculous. Tito seemed the most flop. I love that song.

Q –  If D-Sisive from 2000 came to a D-Sisive show this month, what would he think? What would younger you make of the type of shows and music you do today?
He’d probably think I suck. 2000 D-Sisive was filled with an undeserving arrogance. 2014 D-Sisive has an arrogance, but 2014 D-Sisive has a giant catalogue in his knapsack. 2000 D had fuck all. A chipmunk voice and a dozen battle victories under his belt. He was given the opportunities too early. He had no music. Nothing of substance. All mud. I’d kill for the opportunities I had then, now. Another thing that ruins my day when I think about it.

Q – I’ve been reading your twitter and after some internet sleuthing I came across the phenomenon that is Corey Feldman’s “Ascention Millenium“. Can you shed some light on this? I watched the video a few times and I’m left with a lot of questions.
The only question you should be left with is Corey Feldman is a GENIUS! And that’s not even a question, so DEAL WITH IT!! Google: Corey Feldman Figure Skating. It’ll take you to a Battle of the Blades-type reality show he competed in in the UK. The man is a fucking swan! It’s like he’s not even on skates. He’s floating two inches above the ice. He even puts on a bit of an accent!! Then google: Corey Feldman Wendy Williams. He’s definitely high on something. Something cheap. His haircut is Crispin Glover chic. He’s a beautiful sculpture.

Q -What are you listening to these days? Can you recommend a track for us to check out?
Well, I haven’t really been listening to a lot of music. All I really listen to are the instrumentals to the songs I’m writing. I’m a little embarrassed to say this because I’m super late to the party, but I’ve recently discovered Action Bronson. Discovered may not be the best word. I’ve always known he was there. I heard too many people pull the Ghostface card, so I stayed away, which I now can admit was an enormous mistake. He’s fucking insane. I’m just getting familiar with all of his material. I’m excited to have something new to learn about.

Q –  The last show you played in Hamilton was awesome, and we are really excited to have you back! What is your relationship to Hamilton? Do you listen to any music from Hamilton?
I love Hamilton. I remember going to WWF wrestling at Cops Coliseum when I was kid. Maybe 10? 11? Mr. Perfect, who was one of my favourite wrestlers at the time, hopped on the mic and referred to Hamilton as Canada’s armpit. And he can smoke by sucking on a straw. I remember feeling uncomfortable about that. A week later my cousin told me he said the same thing about Sudbury at the Civic Centre. My brain couldn’t process any of it. I threw all of my straws in the garbage and smoked my grandfather’s cigarettes like a real man.

It’s no secret that I love Motem. He’s a fucking genius. He’s special. A true original. I did a show with him in Guelph and at that point I had never heard of him. Vish Khanna booked us on the same show. I really didn’t know what to make of him at first. Then I let it all go and let myself drown in his art. He made / makes my brain fucking explode. Definitely expect music from him and I this year. I want to tour with him. That’s my dream.

Thanks a lot, Derek!