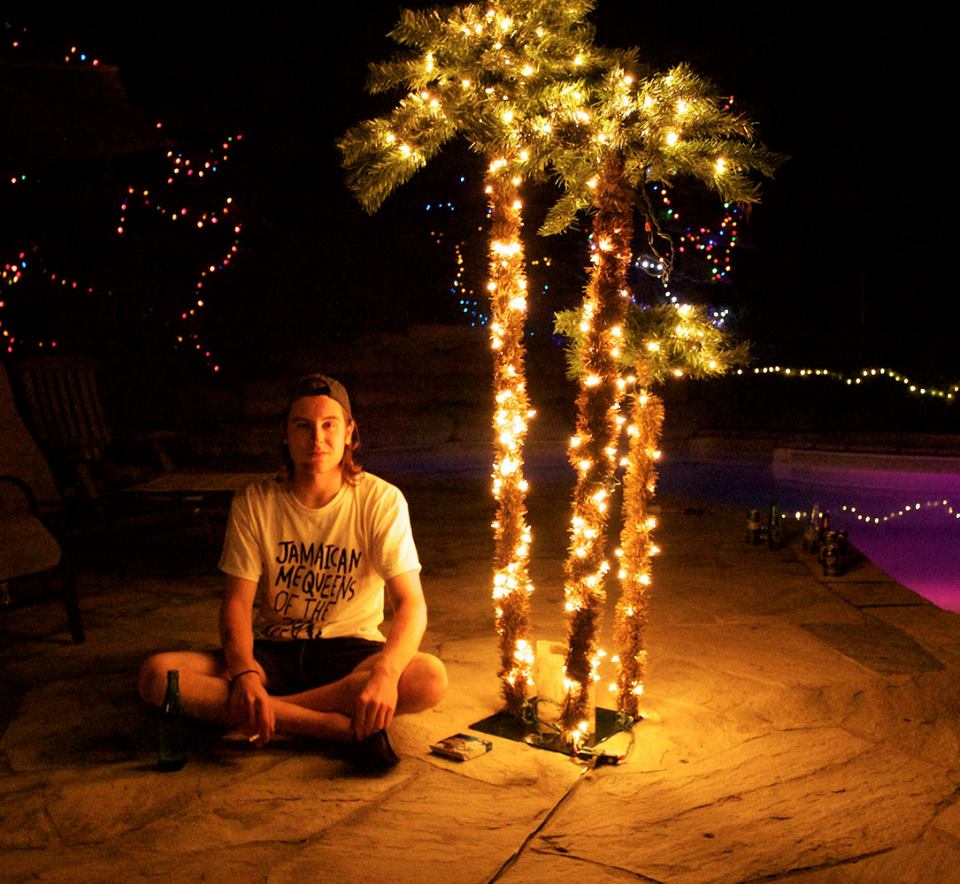 Right now is a great time to be a music lover in Hamilton. We’ve got an incredibly healthy music scene with fantastic bands in virtually every musical genre. From secret bedroom DJs, to weekend rockstars, we really do have a great selection of music in Hamilton. One example of this can be seen in Billy Moon. The brainchild of McMaster student Graham Caldwell,  Billy Moon is a surf/garage/pop band that’s been getting a lot of stage time lately.

I caught up with Graham to learn more about the band, and his thoughts on music.

Q –  How did you get started making music?
My Dad’s really musical and I started getting piano lessons since I was probably two years old, I think. I think there’s some video of me dancing around my family’s fireplace singing about how I’m going to be a rockstar.  I’m wearing some sunglasses in the video so I was probably looking pretty legit. I started playing guitar because it just made sense.

I liked music so I started playing it.  In high school I had this band called the Record Club, and it was all really poppy tunes. Back when indie rock was all about the “jingle jangle” guitars. After I went to university I kept writing songs and recording them. I’m pretty terrible at organizing people so I just tried to do as much of the writing and recording process myself. On stage it’s just me and Patrick Ryan, my dear friend and drummer and it has been really great so far. I just sing and he hits shit.  Patrick and I  met through friends and it wasn’t until after I found myself drinking with his landlord over reading week that i decided it was time to join forces. Ladies, take note that boy is a heart breaker.

Q –  Where do you draw your inspirations from?
Anything that makes a good song. I like to write about things that really happen, but there is something awesome about creating a sexy narrative. Most of my songs are about anxieties or failed relationships, I’m trying to move out of that whiny-kid-from-the-suburbs thing and just write something good for its own sake. I love how Frank Zappa was able to just goof around constantly when he was talking about how media saturated American society is, or how he wrote a song about anal sex and one about a pancake house. I’m not 100% sure what I want to write about right now, but if I think you can make a chorus or you get a line that sounds cool out of it, then I’ll try to write the whole song.

Q –  What is your writing process like? Do you write constantly – or do you write in focused efforts for certain projects?
Given my schedule right now (I’m still in school) I’m trying to get to a point where I can just sit down and hammer out a bunch of tunes. I try to keep a journal and write in it constantly, when you get out of practice with that kind of thing you’ll find yourself lost. School’s good for that, because class makes you bored and when you’re bored you write. Work just tires you out and suddenly you’re too drained to touch anything. When I’m actually writing a tune sometimes it’s the faster the better. Some of the best songs I feel I’ve written came all at once. If you’re writing pop songs and you can’t get something into your own head and figure out within half an hour, then sometimes it’s not really gonna fly.

Q –  What are you listening to these days? Can you recommend a track to us?
Oh god, lots of Mac Demarco, Tame Impala, the Sadies, OutKast, Deerhunter, Television. Sometimes an old song from my iTunes just gets in there and won’t go away. Haven’t been able to really sit down and listen to a record for a while, so I’m just waiting to get back into that kind of groove. Until then: Ghettomusick- Outkast, it’s just so groovy. Your shoulders are set into motion and you groove out.

Q –  What can someone, who has never been to a Billy Moon show, expect?
People usually expect an all female Guns’n’Roses cover band. But then two pasty white dudes playing guitar and drums come out. It’s a pretty confusing affair.

Q –  What do you make of the Hamilton music scene, as a musician?
It’s fairly small, but that makes it really tight. I’m a student at Mac and what really gets me is that not a lot of kids from the school are really into the scene (unless you’re an Arkells fan). Of Gentlemen and Cowards are great for what they do, but I felt as though they stayed too much within the McMaster bubble. I think the kids in school are kind of an underused resource of an arts community. You see a lot of the same faces in the same places which has it’s own strengths and weaknesses.

A lot of the bands are great, Dirty Nil are fucking great, Haolin Munk are groovy as hell. I recently discovered Lee Reed‘s stuff and thought it was great. The Great Machine and Redanda are both really good too. I’m happy to say that I’ve played with them. Right now, I’m just happy to say that I’m a part of the scene and I’m stoked to see what the future holds.

Q –  What do you have planned, musically, for the rest of 2013?
I’m currently in the middle of working with a small label based out of Sault St. Marie called Tidal Records. So, hopefully I get some studio time within the year and we’ll put out a record together. I’m excited for this year because suddenly all these things that were just a lot of talk are now starting to feel tangible.