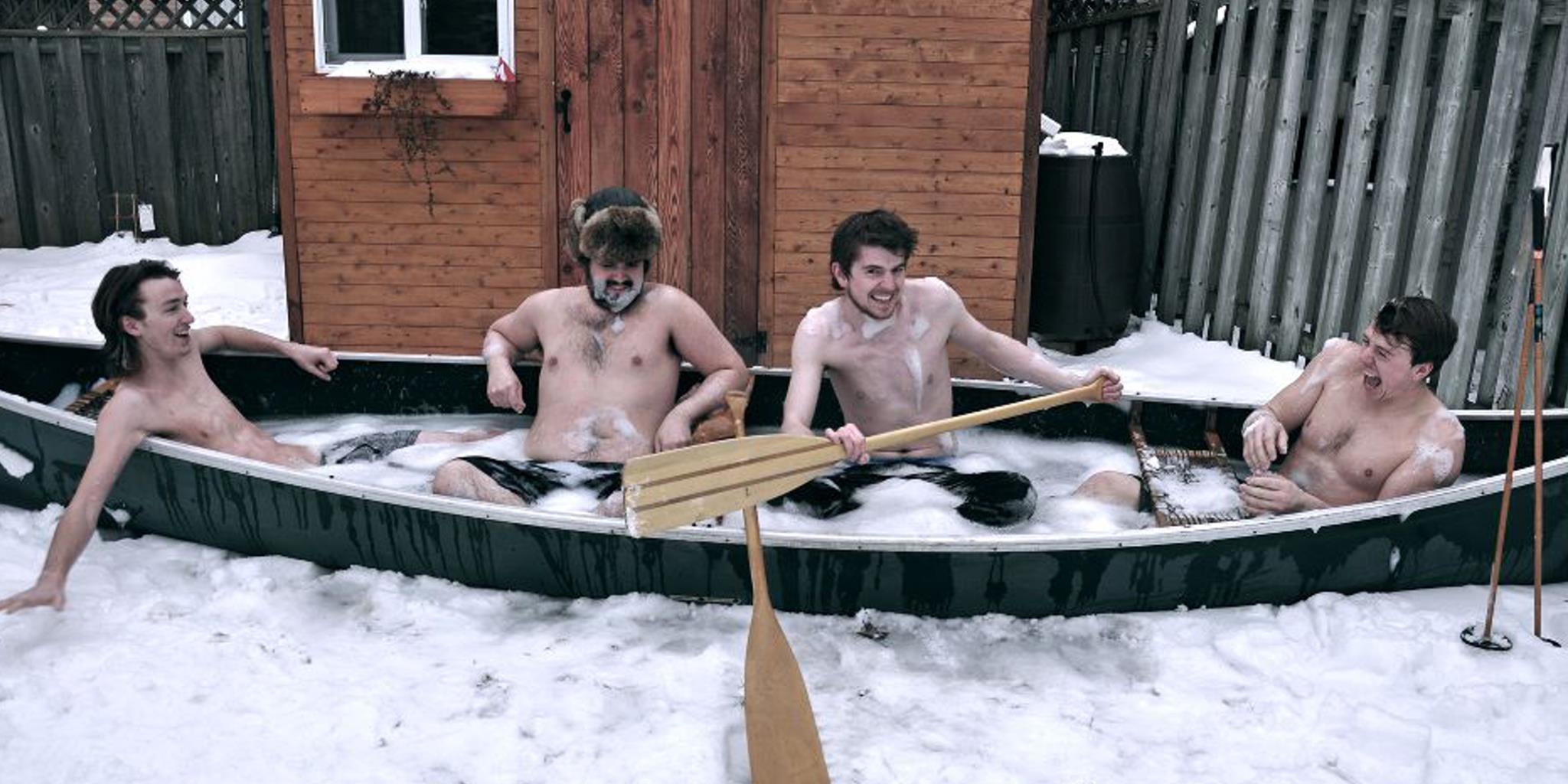 Let me introduce to you another solid band from our neighbour across the bay. Big Lonely is an energetic indie rock outfit made up of Jake Heise (Guitars, Vocals), Ciarán Downes (Guitars, Vocals), Cole Mortillaro (Drums) and T.J Bowman (Bass). Listening to their stuff, you can tell that they have a lot of fun, and the audience probably does too. If you have a chance, you can catch them at the Doors Pub in Hamilton Friday, July the 19th or Boston Manor in Burlington on July the 5th (more details to come).

In the meantime, check out what Jake has to say about being a Burlington band, and canoes!

Q- Your webpage says that you’re from Burlington. It’s great to hear another awesome local band! How did you guys get together?
Well we all grew up in Burlington playing in different bands throughout high school.  We became great friends through finding each others music, so when each of those bands fell apart we naturally started playing music together. We’ve known each other for a while now so it was only a matter of time before we started playing music together.

Q- What do you like about having Burlington as a home-base?
Burlington is a great place to come from, so many great bands have come from Burlington that have really put us on the map a bit. We’ve been a band for just about a year now, and for the majority of that year we have been stretched across three cities because of school.  So when ever we do get the chance to regroup in Burlington, it just always feels great to be home and away from all of that turmoil.  We’re all back home this summer so its been really easy for us to get together and work on new material.

Q- How was playing the Sound of Music Festival this year?
Amazing. We’ve always loved going to the Sound of Music Festival and it was a huge deal to us to be a part of it this year. It’s my favorite time of the year to live in Burlington, and It’s one of the great things Burlington has to offer to local musicians as well. We were a part of the street festival which means that we got to play three sets throughout the night, and that was perfect for us because we got to showcase our music to so many different people who hadn’t heard us before.

Q- You guys have a really fun sound that seems like it would be awesome live. What we expect at a Big Lonely show?

Thank you! Hopefully, our music will take you to the same mindset that you fall into during your Sunday night shower. Self-reflective. Lonely. Until you realize where you really are – and then you will dance.

Q- You guys are in a snow filled canoe in one of your promo pictures. What’s the story there?
Things definitely escalated quickly on that day I think. We were thinking of what we could do for a photo, our two ideas were sitting in a bathtub and sitting in a canoe.  Neither of those ideas really did the trick for any of us, so I suppose we just decided to combine the two. It was a cold morning but it was a lot of fun.

Q- Now that there’s no more snow on the ground? Is Big Lonely going to take the canoe on the lake?
Most definitely. We like to take the canoe up to our drummer Cole’s cottage in the Kawarthas and use it as it was intended by the First Nations. Last year we went up to the cottage and worked on a couple of acoustic tracks as well, so perhaps we’ll do some more of that between strokes.