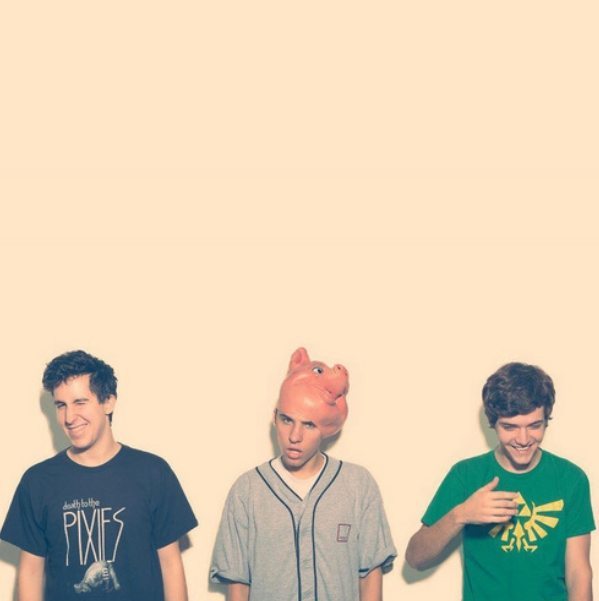 Toronto’s BADBADNOTGOOD are guys that met in the music program at Humber College. The group includes Matthew Tavares on keys, Chester Hansen on bass, and Alexander Sowinski on drums. The guys bonded over a love of playing music, and rap.  A natural bond between classic jazz sensibilities and dirty rap beats formed, and the result has been spectacular.

From forming relationships with the likes of Frank Ocean, and Tyler the Creator, to playing one packed show after another, BBNG have done very well for themselves in the relatively short time they’ve existed.

Q – How do you guys select the stuff you cover?
Our decision process when finding material to cover is different every time. Sometimes it’ll be a song we all love and want to see what playing it would be like. Other times, one of us will suggest a song that no-one else would have known or thought of. It’s exciting to play songs with many different sounds that take us out of the realm of just bass, keyboard, and drums. Songs that have insane synths, drum machines and samples are great because it’s a challenge. We like to work with music that gives us plenty of room to add to and re-interpret. That’s why hip-hop and beat-based music is great because generally it’s pretty minimal.

Q – You guys emphasize your age, and hype the ’90s generation’. What is the response like from older people? Do they come out to shows?
Totally! I suppose most people that listen to us are young but we’ve definitely seen some cool older people at our shows that aren’t our parents.

Q – The 90’s generation is getting exposed to crazy Jazz through you guys. How are people at the clubs  responding to the jazz part of what you do?
People have been very open and receptive of all the weird shit we play! It’s definitely an awesome thing to be part of a band that somehow plays jazz solos and simultaneously starts mosh pits. We just try and put as much energy as possible into everything we play. We’re very honored actually because a lot of people have been hitting us up and saying we introduced them to jazz and they’re checking out a bunch of jazz stuff because of us. It is pretty humbling!

Q –  What was it like having Tyler the creator in your basement?
Really cool! He’s a super nice dude and really funny. That was an awesome experience.

Q –  Jazz gets played in elevators a lot. What kind of building elevator would you allow to use your music?
Any building with good vibes!

Q –  What’s the first song you guys remixed / covered as BBNG?
The first song we ever covered was Lemonade by Gucci Mane. We actually played it the first or second time we all jammed together, before we were even a band.

Q – What’s up with the pig mask?
Nothing really, it was a cool mask that Alex had and he decided to wear it in some videos and shows!

Q –  What was playing Coachella like?
The fish tacos ruled. Coachella was absolutely crazy. It was one of the best experiences we’ve ever had. We got to play with Frank Ocean in front of a few thousand people, which was insane. We also played a lot of wild sets in the campground. It was a really great vibe and we also saw some amazing bands. Flying Lotus, Dre and Snoop (and 2Pac), and Death Grips were awesome.

Q – That sounds amazing. What was it like seeing the 2Pac hologram in real life?
We were really far away and it was hard to see, but hearing 2pac’s voice say “What up Coachella” kinda gave me shivers. It was definitely an experience I’ll remember.

Q – I know Hamilton’s godfather of Squee, Motem, has opened for you before. Are there any other Hamilton musicians you guys dig?
Major shoutout to our boy Motem! A little while ago I went to a show at the Casbah and discovered a sweet band called Illitry. Their sound was really neat.

Q – What are you listening to – today?
Right now we’re into this guitarist named Baden Powell. Also on repeat: Abner Jay, Rhye, Chicago rapper Tree, vintage reggae covers of soul songs, and “My Type of Party” by Dom Kennedy.

Q – What’s up for the rest of the year?
We’re currently working on our third album and it’s finally almost done.  We also have some cool collaborations in the works, and we’re getting ready to head to Europe in the summer for a few weeks which we’re super excited about!