An Interview with SUUNS 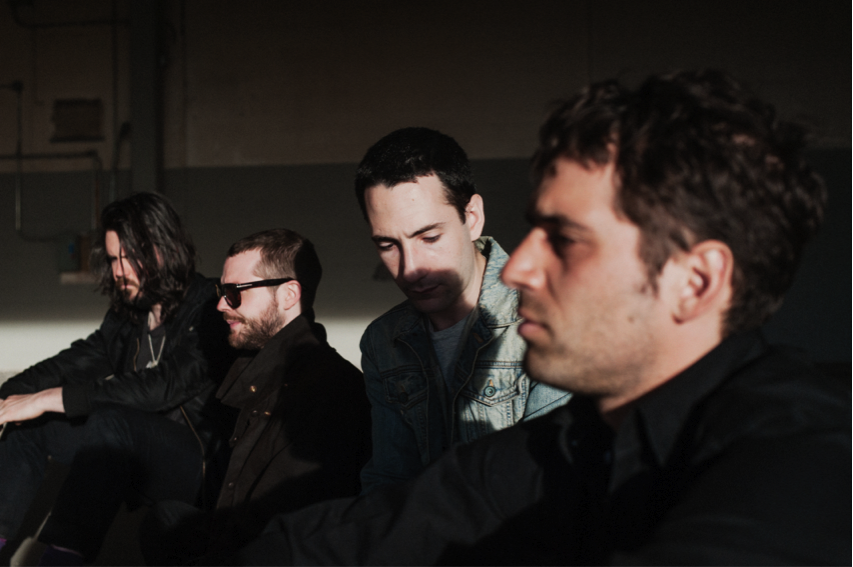 Montreal’s SUUNS are a key member of Canada’s dark and noisy music sector. It’s not all bro-rock and beards up here and great bands like this help to add a necessary balance to our music scene. Over the last 10 years  (and 3 albums) SUUNS have given us consistently great music and memorable live performances.  Made up of Benjamin Shemie (vocals, guitar), Joseph Yarmush (guitar), Max Henry (keyboard), and  Liam O’Neill (drums and percussion), SUUNS have gotten more exact, minimalist and tense with each record. SUUNS present a calm and confident side of chaos – the vocals aren’t used to scream or yell at us and yet the music still manages to be heavy and intense. The 2016 release “Hold/Still” is incredibly captivating. The relentless waves of music, noise, and (unexpected) groove are fantastic, and the song Paralyzer off this album is one of the best songs I’ve heard in the last 12 months. We caught up with Joseph Yarmush to talk about this album.

SUUNS are playing some shows that you should try to attend. You can find all of their show listings on the SUUNS Facebook page.
March 2nd @ Zaphod Beeblebrox in Ottawa
March 3rd @ The Casbah in Hamilton
March 4th @ The Mod Club in Toronto

Q – How did Hold / Still come together?
It came together like a normal record in the sense that it was mostly written and some what road tested before being recorded. What was new for us was recording and mixing the album in Dallas in what ended up being three weeks. We lived there, drank the local spirits and worked on a record.

Q –  You have an unexpected, sort of off-kilter, song arrangement approach that has a great effect on the listener. Are those horns that come in at some point? Can you tell us a bit about song arrangement / production and how you put your songs together?
Ben Shemie writes a lot of demos. Most of the time songs come from him and the band just works on them. Usually, they come together fast then we live with them and play them and they start to take on a Suuns’ sound and feel. We work hard on each song and take them where we feel is natural for us.

Q – Paralyzer is the most unique song I’ve heard in a long time. It takes this chill vibe and then there is a sort of horror-esque sound scape that comes at you and the effect is so good and so unsettling. Can you tell us about the production of this song?
That was a song that came from jamming a lot. It started to take a form in 2014 or earlier I believe. It was very different for a long long time. There’s a live version out there called NYJ somewhere. We even tracked it with Steve Albini, and you can find that on the Secret City 10 year compilation. It was good to us but never great and it was something about recording it with John Congleton in Dallas where we hit it on the head, so to speak.

The groove presented itself when we stripped back all the noise and guitars essentially. The “horn” section is actually done on synths and that was the main hook before. Anyway, all this to say that for us as songwriters etc, a lot of the songs show their true potential when we work on them and sit on them for awhile. Maybe that’s why we only have three records in ten years.

Q – Do you think that these politically turbulent and conservative times will have an impact on music? Is that really a thing in your opinion?
I’m sure it will. Liberal minded people will need a more aggro outlet I believe. Being comfortable has lead us down this path of rehashing every 70’s band imaginable.

Q – What sort of art makes you excited these days?
Anything that is trying to push a new idea forward. I mostly yawn when I hear yet another yacht rock sounding band and shit like that. If there’s an attempt at creating something new, then I can get excited.

Q – Can you recommend a song or a band for us to check out?
Pang Attack‘s newest EP is great. They’re from Montreal.  Exploded View from England released a great record this year. I could go on and on but those just came to mind.

Q – Why is it that so many old people look good in Quebec and yet everyone from teens to geriatrics seems to smoke?
Smoking keeps you thin I heard.