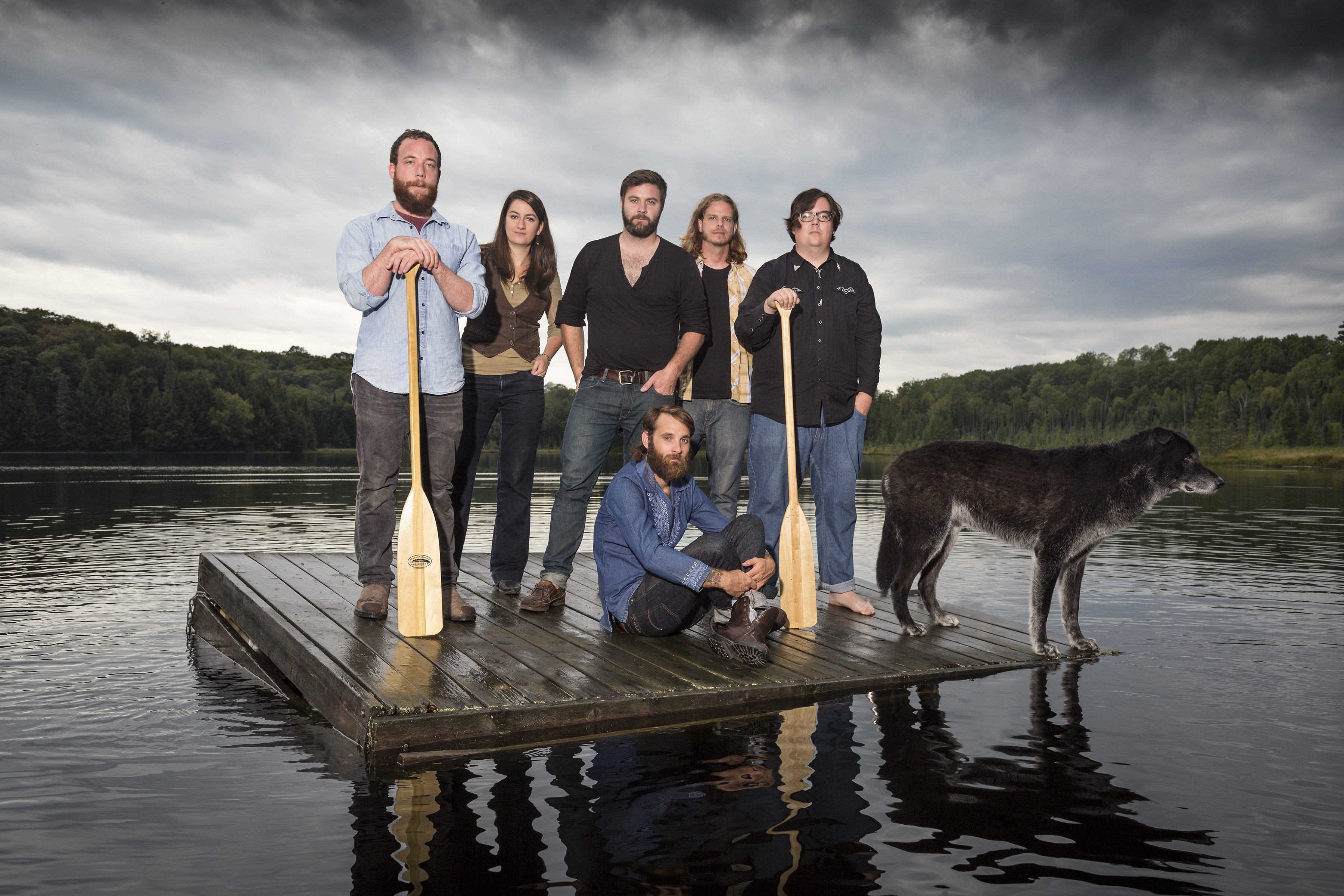 An Interview with Simon from The Strumbellas

Juno nominated The Strumbellas are a Toronto based (although originally from Lindsay, ON) Alt-Country band that makes beautiful music.  The most recent release, We Still Dance on Dance Floors, is fantastic and has been playing regularly at my house. If we had to draw comparisons, you could say that The Strumbellas sound a bit like Edward Sharpe and The Magnetic Zeros, or some Mumford & Sons songs. All comparisons aside – The Strumbellas are doing a bang up job of making Alt-Country their own.  I’m not sure if / when Alt-Country fatigue will kick in, but I feel confident that quality music sticks around regardless of what’s cool at the moment. The thing that makes The Strumbellas stand apart from the rest is Simon Ward’s haunting songwriting. Haunting because much of it delves into issues of death, loss, depression – -some real life issues.  The Strumbellas make music that makes you feel something real.

Q – How’s the tour going?
It’s been going really well, thanks. We are just in the van right now driving away from Cleveland. The weather is nice and sunny although it has been pretty crazy over the past few weeks.

Q – You’ve been playing a serious of shows in the US – how has that been?
It’s been really good – the crowds are understandably smaller here, since we are new  in the states, but everyone has been so nice and so supportive. It’s been great to play NYC and to do touristy things and check the city out. Chicago was also a lot of fun – that city is so cool. And I’ve gotta say that there is something uniquely special about the people in Cleveland. They were so awesome and incredibly nice.

Q – Congratulations on ‘We Still Move On Dance Floors”. I’ve been listening to it since I got it and I think it is really good. Can you tell us a bit about how this album came together?
Thank you, that’s very kind. We had a similar process for this album as we’ve had for our previous releases. It starts with me writing songs in my apartment. Alone.  At midnight. I send my demos to the band and they ad their parts and that’s that. We recorded in the woods in Seattle and it was a really great experience.

Q – How do you approach songwriting? Do you write in journals all the time – or do you sit down and write in focused efforts?
I write all the time. Sometimes I wake up in the middle of the night in a hotel room and sing into my iphone and record little hooks. I have thousands of voice memos on my phone / computer. I’m always writing.

Q – What inspires your writing?
I draw inspirations from my pain! (laughs). I get inspired from everything.. life.. friends.. my youth.. death..

Q – With The Strumbellas having 6 members – how do you navigate 6 voices and opinions and keep things harmonious?
We’ve talked about opening up the writing to the whole band but it hasn’t happened yet, I’m still the one doing the writing. I mean, our band is mostly a democracy. We’re all agreeable and there are levels of compromise, but I’m sure that not everyone is 100% happy with everything all of the time. We try. It is a lot like a marriage.

Q –  It is no secret that Alt Country, Neo-Country, etc, has been having a huge moment over the past few years. With the success a band like The Strumbellas is seeing here, and of course bands like Mumford and Sons, Edward Sharpe and the Magnetic Zeros, etc, I’m wondering if you have any personal theories or ideas for why this type of music is so popular at this time?
I think it’s all because of Global Consciousness – there is no rhyme of reason to how it works. If you look back when rock’n’roll was starting to form , it happened simultaneously in two places in the states. These two places weren’t connected yet, and yet the people gravitated towards the same type of music. The world wanted it. That’s one way of looking at it – the other is that Mumford and Sons released a really popular song that paved the way for the rest of us. You choose which answer you want to print.

I think both work!

Q – You guys have held residencies at The Cameron House and the Dakoda Tavern in Toronto, can you tell us what its like to have a regular place to play like this?
I love it because I am a homebody and I don’t really like to travel! It’s great because you can easily see and measure a growth. It’s cool to see a few more new people at each show and see the crowd build. It ends up being like a meeting place for people, and I think that’s wesome. It’s like Cheers or something, you know? Every Wednesday come out and watch some music and have a beer. We are holding a residency at the Dakoda Tavern this February actually.

Q – What are you guys listening to in the van while on tour?
We listen to a lot of stuff but lately our favourite band seems to be The Moondoggies. They are amazing and we’ve been listening to them non-stop. We discover a lot of new bands while on tour, which is great, so we listen to some of their music, too. We met this awesome band in Chicago called St. Paul & the Broken Bones – they are great.

Q – What do you guys have planned, musically speaking, for the rest of 2014?
We are planning a Canadian tour in April / May. We will spend most of the summer out West in the BC area. We’ve managed to book several festivals there so we will most likely be there for the majority of the summer.

Q – Let’s play a word association game. When I say Hamilton – you think?
The Hammer! I love that nickname and I want to be from a city called the Hammer. I like Hamilton – the people are nice and we are always happy to play there. Looking forward to the show.