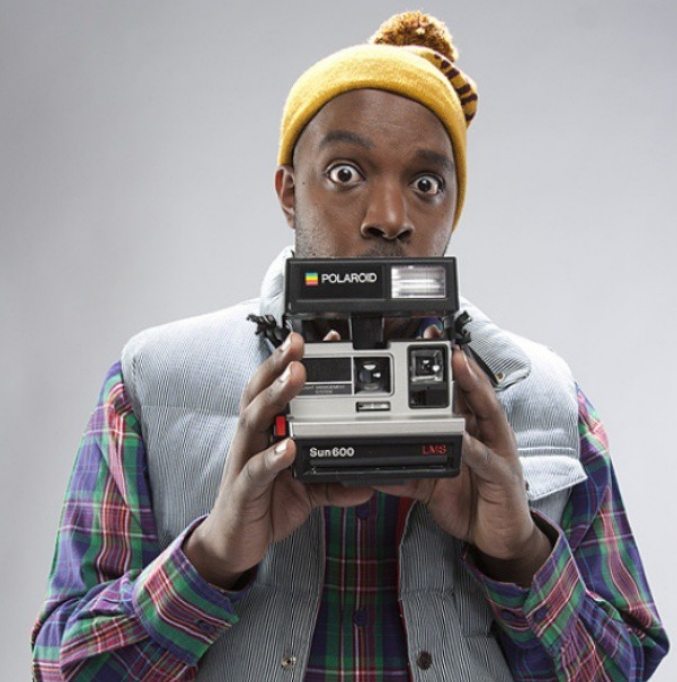 An interview with Shad!

Legendary Canadian rapper, Shad, is in Hamilton on November 13th with We Are The City. Shad is well loved by music fans, that’s no secret. His albums are award winning and his shows are packed.  The impressive thing is how well loved Shad is by other musicians; his name comes up often when I do interviews with both Canadian and international artists. Shad’s name was brought up three times just this week.

Shad is one of those rappers that attracts a wide audience; people who like good music like Shad, his fans aren’t exclusively hip hop fans. As a rapper who frequently mentions social injustice, political corruption, and other failures of society, he is able to walk that fine line between informative and preachy. Let’s face it: no matter how intelligent or lyrical a conscious rap is, nobody will hit repeat if the track doesn’t sound good.  Shad is refreshing because he is somewhat of a veteran of Canadian hip hop, he is critically acclaimed and respected, and yet he still makes fresh albums and  is very cool and friendly.

Shad is clever and funny in his writing and he somehow imparts a vibe of being totally at ease with himself, his subject matter, and with his audience. Check out Flying Colours, it is one of the best albums I’ve listened to this year.

Q – I’ve been listening to ‘Flying Colours‘ a lot this week and I really love it. Thanks for putting that out into the world! Can you tell us a bit about how this album came together?
Thanks! I worked on the album off and on for about a year and a half. A lot of awesome musicians and friends contributed; Skratch Bastid and Ian Koiter were instrumental (excuse pun). It was a really special project for me, a lot went into it.

Q – I especially love “Fam Jam” – As an immigrant I find it refreshing to hear some of the lines in that song. For a country largely made up of immigrants we don’t really get a lot of those themes in popular music. Does representing your roots in Kenya come in to play when you choose beats and write lyrics?
Thanks, I’m glad you felt that one. For me, hip hop has always been about finding ways to represent who you are and represent for your community. There’s a lot of joy in that. The Rwandan community has definitely been supportive and  I’m glad I get to do something positive for us and share a piece of our story.

Q – What is your approach to writing? Do you write constantly, or do you write in focused project specific efforts?
I tend to write more when I have a project but I’ll put words down if something good comes to me out of season too.

Q – The beats on ‘Flying Colours’ are great. From classic boom-bap style hip hop beats to more modern samples.. it is all great. What is your approach to sourcing beats and working with DJs? Where do you find the people you work with?
On this album I was a bit more involved with building the instrumentals. I’m not a beat maker but melody is important to me, it conveys a lot so I wanted to make sure the melodies and tones were saying what I wanted them to. Fortunately I’ve met a lot of great musicians and producers at this point, a lot of people who helped make this album were just a phone call away.

Q – Stylin is another amazing track on ‘Flying Colours’. Your delivery, and the beat on that song is crazy. What was it like working with hip hop legend Saukrates?
It was a real pleasure to have Sauks on the track. I told him wanted to do a sort of Force MD’s on Daytona 500 kinda hook for this song which is a bit of a strange reference/idea so I was glad he was down!

Q –  I understand that you’ve been working with an American label and you’ve made efforts to get your name out down there. How is that going? What’s it like playing shows in the states?
I’m happy to get my music out more there (the US). It’s close by, they speak English, etc. It only makes sense to try and branch out there. I’m not there much and my audience there is still small but I find heads are the same everywhere; crowds have been very cool.

Q – You were named the 2nd greatest Canadian rapper of all time by the CBC! A huge… and well deserved honour! There was a lot of debate in hip hop communities about that list but there was no doubt about you deserving that spot. How does it feel to be at the top of the Canadian hip hop scene?
It feels great to get to contribute my little piece and be appreciated for that.

Q – Further to that – what does it say about our music industry that we still insist on using the pronoun ‘Canadian’ before punk / hip hop / pop star. There has always been that distinction between American and Canadian rap. I’m sure that Drake’s success has smudged those lines a little bit, but no doubt there is still a huge distinction. What do you think needs to happen to get our rappers more respect and attention outside of Canada?
I think hip hop is becoming less regionally-defined. Not too long ago there was NY, LA, and then everything else. Now you have big Toronto artists with a Houston influence, Pittsburg artists, LA artists with Outkast and Bone Thugs influence, Seattle artists, etc. Cats are popping up from everywhere and that’s becoming more normal, and where an artist is from is becoming a less and less useful descriptor as far as sound.

Q – What do you think it takes for an MC to find success on a large scale, in Canada? There seems to be a better infrastructure in place for other genres, indie rock for example. A lot of great underrated MCs tend to get stuck at a certain point and further success is sometimes seemingly impossible. What does it take?
That’s definitely true. Very few rappers in this country have found careers in the last 10 years. A handful, at most. There’s very little radio play for rap which hurts as far as spreading music nationally and building up artists’ profiles. It’s gonna take a lot to build the infrastructure. Or else artists will continue to have to go south first which is sad, in my opinion.

Q – I was interviewing Sole, from Anticon, recently and he was talking about the need for hip hop to move away from “laptop karaoke” style live shows. The sentiment was that as opposed to musicians in other genres who master instruments and work different arrangements – much of hip hop tends to be a person on a mic with a backing track. What are your thoughts on this and on the way hip hop translates to live performance?
I disagree. I’ve seen tons of rap shows with big live bands that are just as uninteresting as laptop karaoke type rap shows, if not worse. I think good performance is good performance, whether that’s solo a capella or a full orchestra. I think rappers just need to think about how to keep things live and entertaining, regardless of the set up.

Q – Many people describe your style of rap as ‘conscious rap’. What do you think about that label?
I don’t mind it. I wouldn’t put any label on myself obviously but I understand people categorizing music. I do it too.

Q – I like that you mix in relationship songs, and words about women, in your tracks. I’ve also read a few of your interviews where you mention paying attention to the females in the crowd at shows. You even feature Eternia on a track on this latest album. As a female hip hop fan I find that live shows tend to be boys clubs for the most part.
What’s up with that? What can be done about this huge disparity? By the artists? Fans? Blogs? Anyone?
I don’t know. I wish I knew. If you have ideas, let me know!

Q –  What are you listening to these days? Can you recommend a song?
I’m liking Heartbreaks and Setbacks by Thundercat, Mercury by Kathleen Edwards, Elevate by St Lucia, and Numbers on the Boards by Pusha T.

Q – What is the first thing that pops into your mind when you read / hear “Hamilton”?
I think of  all of the good people I know there.

Thanks so much, Shad. I’m really looking forward to your show in Hamilton.
Thanks for listening and for the thoughtful questions!