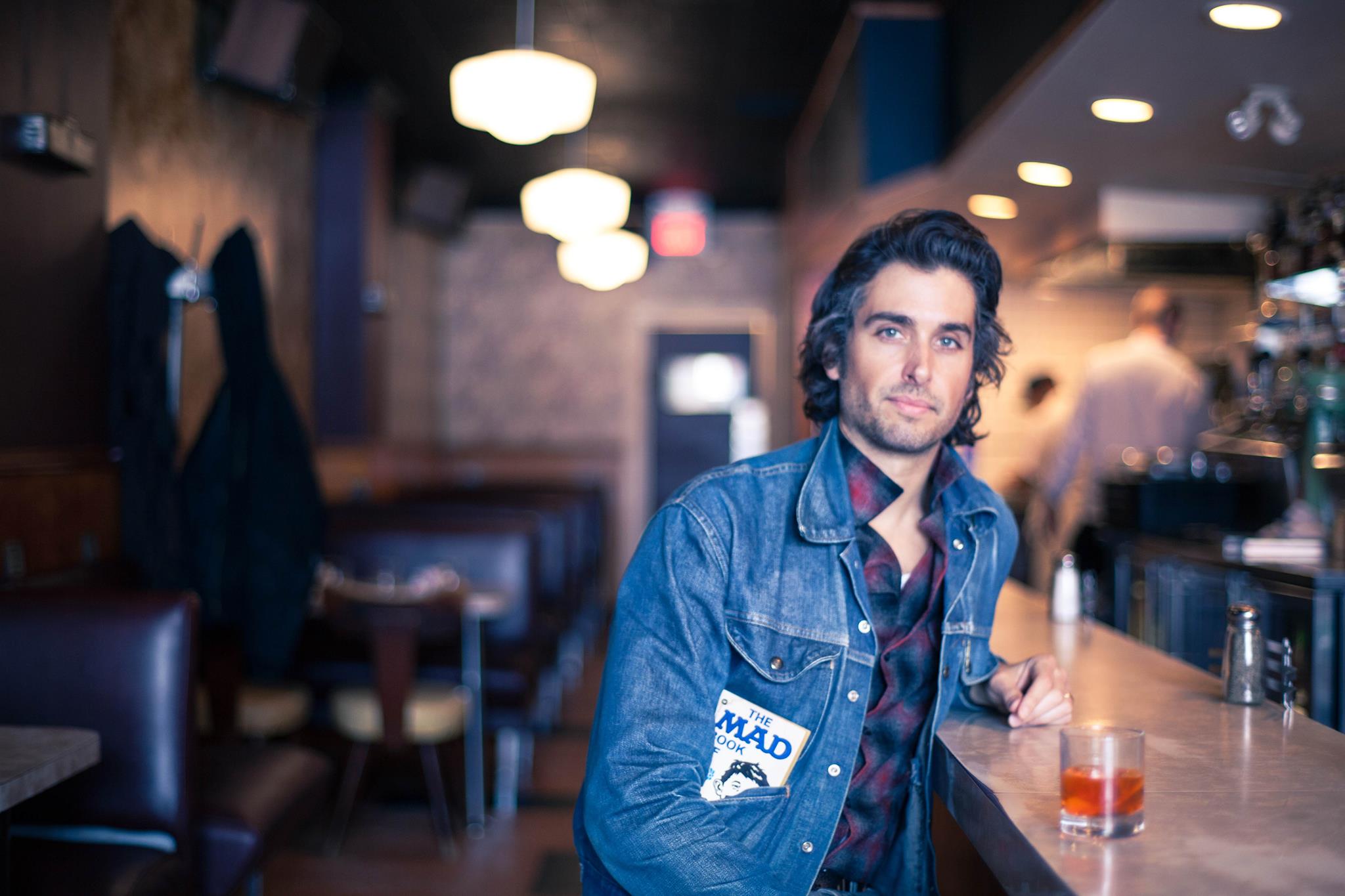 An Interview with Peter Elkas

Peter Elkas has been a respected figure in Canadian music for a long time. Peter made a splash in the indie rock scene in the 90’s with his Montreal based band, Local Rabbits.  That band stopped making music as ‘Local Rabbits’ but Peter never stopped. From solo projects, to his work in various other bands, Peter’s influence and involvement in indie rock is noteworthy.

Light of Day Canada works to raise money and awareness for Parkinson’s research. The fifth annual Hamilton fundraiser is happening this weekend (on Saturday) at Molson Canadian Studio at Hamilton Place. The fundraiser will feature performances by Peter Elkas band along with The Trews, Bry Webb (The Constantines), The Dinner Belles, and Jake Clemons of the E Street Band. Light Of Day Canada gets its energy from the collective love of Bruce Springsteen and the tireless work of Hamilton’s Andrea Rehill. Andrea is a passionate volunteer, helper, DJ, cool gal, and a long time friend of Cut From Steel.

Don’t miss out on your chance to support an important cause through a jam-packed rock show. Details are available here. Check out our interview with Peter Elkas to learn more about his music and why he is involved with this important cause.

Q – Can you tell us a bit about how you got involved with the Light of Day foundation?
In 2012 Andrea Rehill and Lou Molinaro asked me to perform at what I thought was a Bruce Springsteen-themed event to benefit the fight against Parkinson’s disease. Being a huge Boss fan, I gladly accepted and also managed to wrangle Joel Plaskett into it as well. We managed to raise about $5000.00 at what was my first Light Of Day Hamilton concert. Even though I didn’t personally have a Parkinson’s story, I was drawn to the people involved and felt like I had found a great organization to which I could lend some help. The next year, Joel got on board again along with fellow East Coasters, The Trews. We bumped up the show to a two-night event at This Ain’t Hollywood, one of the country’s best rock bars, which had become the home to LOD Hamilton. For 2014, my old friend Sam Roberts volunteered his band and crew to sell out Molson Studio at Hamilton Place for us. The concert was a huge step-up, raising over $25,000.00. In the meantime, my personal reward has been to perform in Asbury Park, NJ each year at Light Of Day Asbury Park, ground zero for LOD.

Three out of the four trips have included joining my hero Bruce Springsteen on stage at the Paramount Theatre not to mention fun and inspiring personal exchanges with Bruce (he entered the audience to watch my two-song set before the curtain in 2013, and said “you sounded good” – I thought I was going to fall over.

For Light Of Day Hamilton 2015, it’s our 5th anniversary and we are back at Hamilton Place with our friends The Trews. The bill is an embarrassment of riches which also includes Bry Webb, Hamilton’s The Dinner Belles, the Peter Elkas Band, and Jake Clemons of Bruce Springsteen’s E Street Band. Lending my music to fight Parkinson’s disease and working with some of the country’s best musical acts has been a hugely rewarding experience. I hope to remain a part of Light Of Day Hamilton for years to come. My hope is to build the brand of Light Of Day Hamilton into a trusted, quality benefit-concert series that will continually draw a faithful audience regardless of billing.

Q – What can we do year-round to support Parkinson’s research – after your yearly shows are over, what can people do to keep helping?
Light Of Day has become an international movement, so as far as helping through music, people can check out thttp://lightofday.org/ to see what shows might be happening in their neck of the woods. Beyond that, folks can always make donations through http://www.lightofdaycanada.com/donate/form/.

Q – When can we expect new solo music from you?
Today! Check out my new single – STURDY LOVE – on Zunior.comIn fact, proceeds from sales made between now and April 26, 2015 will go entirely to fight Parkinson’s through Light Of Day.

Q – Can you tell us a bit about Oldies990, how did this get started? I love the youtube videos and really hope you will come and play in Hamilton sometime soon.
Oldies 990 is the new chapter in the life and times of Montreal’s Local Rabbits. The Rabbits are my first band from Montreal. Ben Gunning and Ryan Myshrall and I made albums and toured heavily in the ’90s on Sloan’s Murderecords. We stopped making Rabbits music in about 2002 but remained close. We wanted to jam together without the emotional baggage of our original music. We turned to doo-wop and 50s/60s tunes we felt we could interpret easily. We became obsessed with amassing a giant set-list of well-known songs that would both please audiences and ourselves. Easy-interpretation became attention to detail and now we are one of Toronto’s best cover known cover bands. We haven’t yet taken a request. I hope to play at This Ain’t Hollywood for Supercrawl.

Q – You’ve been making music in various forms for a long time – what do you think 19 year old Pete Elkas would make of the type of music you make these days?
First, I think he would say, “what happened to your pants? Those can’t be comfortable.” Then he would say, “I’m glad to see that you still play our red telecaster and that you have a post-Local Rabbits band that you love dearly and have been with for over ten years.” Finally, he would say, “I’m glad you are moving on from your soft-rock period; nice guitar solo on Sturdy Love.

Q – Light Of Day has a good relationship with Hamilton, thanks in part to the great Andrea Rehill. What’s your relationship to Hamilton like? Do you listen to any bands / musicians that hail from here?
Andrea is my hero, she tells it like it is. She has become one of my dearest friends in the relatively short time we have known each other. I keep finding out things about her like she was citizen of the year at one point. I hope to work with her in any capacity for years to come. I love Terra Lightfoot, her new record Every Time My Mind Runs Wild is great. I also like Harlan Pepper, we have played together a bunch. This Ain’t Hollywood is literally my favourite Canadian venue.

Q – What are you listening to lately? Can you recommend a song, or an artist for us to check out?
Ryan Myshrall (Oldies 990, Local Rabbits) is often my portal into great music. He turned me on to Lou Courtney I’m In Need Of Love from 1974. It’s the kind of thing I shouldn’t be listening to because I’ll try to emulate it and fail.