An Interview with Kathryn Calder of The New Pornographers

The latest release from The New Pornographres, Brill Bruisers, is awesome. If you’re looking for more from Kathryn after this, check out the playlist she curated for the Jean-Michel Basquiat exibit at the AGO.

Q – What are you up to? How’s lovely southern BC this time of year?
I’m at home in Victoria, and it has been a gorgeous day. The weather has been very mild. It’s that time of year where it gets freezing everywhere else and our mild temperatures really stand out.

Q – Do you have a process of getting ready before tours?
I have developed a bit of a routine over the years. I usually spend about a week before the tour playing through our material. I don’t do the whole set each day – I tend to play through a selection of songs each day. I’ve learned how my brain works over the years and I know that I need to take time to run through the material and have it be fresh in my mind. I don’t want to have any blank moments on stage! It is also good for warming up the voice and getting my vocal chords in shape.

Q – You guys have so many songs – I can imagine that it is quite the feat to remember it all.
We do have a lot of songs! And it keeps growing. Each album that we release adds about 13/14 new songs. I’m always thinking “how does this all fit into my brain?!” It is a lot of lyrics, arrangements, song structures, etc.

Q – Can you tell me a bit about how “Brill Bruisers”, which is wonderful came together?
Oh, thank you very much. The main thing I kept hearing was ‘no ballads on this one!’. We consciously worked hard to make an upbeat, uptempo album. Carl had released “Shut Down The Streets” and he put his slower songs on that. It took care of his slower material and it pushed us in the uptempo direction for the new album. We wanted an album that’s jam packed with fun and I think we got that. However, I do love slower songs and especially “Challanger” and “Advice in Solitude” I can say that because I didn’t write those! haha. We are at a point where we have a lot to choose from for our live shows and it is important to have a mix of  uptempo fun songs and slower more serious songs. They all have their place.

Q – Can you tell us a bit about your writing process?
Well, Carl writes all of our records and I usually come in and improvise my part. For, Bill Bruiser, I arrived to Woodstock to record without having heard any of the new material. I listen through the songs a few times and start adding my parts. As for writing my own solo stuff, I tend to write all the time. I believe that creativity creates creativity.. something will usually inspire something, you know? The more active you are in your creative pursuits – the more you will create. Even if what you are creating isn’t great – it will lead to something. I like to be writing all the time,  I think that it helps all of my projects.

Q – “Creativity creates creativity” that’s great. This method reminds me of the Jerry Seinfeld productivity method. Have you heard of that? The goal is to do a thing (write a joke for example) every single day of the year, and to track it with an ‘x’ on a calendar.
No, but that sounds great. I think it would actually help me to see the ‘x’ on a calendar. Although I don’t think I could ever write a good joke.. especially not one per day.

Well, I’m sure that Jerry Seinfeld isn’t much of a songwriter. 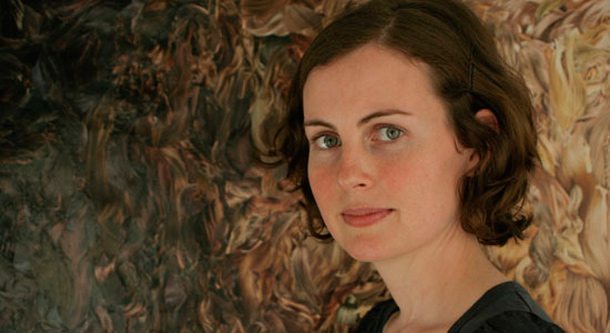 Q – Music fans refer to The New Pornographers as Indie Rock Gods. You guys are responsible for so much great music, through the band and through all of your individual solo work.  How does it feel to be a part of that?
Well, thank you. That is really sweet. Being in the band, thats not how it feels at all. I go about my day, and do whatever it is that I do, and it never comes up. When I’m out I don’t get recognized. It’s a quiet existence. I only notice this when I’m on tour and when we’ve gotten off stage and I’m across the street from the venue eating a slice of pizza or something. It is really great to be a part of something that is respected for musicality. It’s so sweet when people approach us and are nervous to talk to us. Ultimately our music means a lot to people and that’s why they want to meet us.. and that is real nice. The ultimate purpose is to be able to create and to have people appreciate that and to find meaning in our music. I love that.

Q – Do you have a band, or artist, in mind that has that affect on you?
I get intimidated all the time! I saw St. Vincent in Victoria and I got back stage to meet her and it was so funny. You would have laughed! I was nervous and out of breath when I met her. She’s like a musicians musician, you know? Such an accomplished guitar player and an amazing performer. I was so nervous, it was silly. I get like that all the time – everyone makes me nervous. So, I get it when people get nervous meeting us. I experience that same thing all the time. As for influential bands – I’d have to say Joni Mitchell, if I met her I don’t; know what I would do! Also Brian Eno – I love him.

Q – In regards to the album and the sort of ‘retro future’ feel of it –  I want to ask if you guys consumed any specific media while making it? Were you up all night watching Xanadu?
Yes, we were up late many nights watching videos. There was a night where it was Jon, Carl, and me and Jon casually got on youtube got us to listen to “The Stranglers“. We listened to that a lot. I think that an important part of the record is the stuff you listen to while making it. It’s not that we are copying anything, but the things you listen to tend to set a mood and find small ways of creeping into the music. It influences the sound.

Q – Can we expect a solo album from you any time soon?
Yes, I am planning to release a record this year. Sooner rather than later.

Q – The tribute to your mother and the work you’ve done for ALS is beautiful and touching. Having your song used for the “Because I am a girl” campaign was very cool, too. Can you tell us about your involvement in these causes, are you planning any more work like this?
Well, I mostly do a lot with ALS, That “I Am A Girl” thing just came from a Christmas song I wanted to do that involved my listeners and the campaign was just a good one that I wanted to be invoked with. I felt really good about that – being involved with the I am A girl campaign. I am actually doing something at the end of January, or beginning of February in BC for ‘eating disorders awareness month’. People will approach me and I do love doing things like this and helping out worthwhile causes. I am in the public eye and I like to use that to help. Eating disorders is a big one. Unrealistic depictions of men and women are so harmful and it is good to keep that in mind and to know how harmful it is to so many people.

People will approach me and I do love doing things like this and helping out worthwhile causes. I am in the public eye and I like to use that to help.

Q – What are you listening to these days?
Some things I’ve been listening to lately are: Dan Mangan’s new record is beautiful. It is dark, moody, and incredibly creative. I also really like the High Ends. It is the side project of Yukon Blonde. It is fun and synthy. I also really like Hannah Eperson, she is a really cool violinist who has been playing with Juliana Barawick. The music is dreamy. Besides the local stuff – I really love Brian Eno. I mean, I’ve loved his music for a long time but I am in a particularly intense Brian Eno phase right now. There is something about the winter that leads me to minimal, warbly, moody music.

William Basinski – he took tape loops he created years ago and has been playing them over and over again as they fall apart. The tapes are disintegrating and something about that is incredibly soothing. haha – disintegration? What does that say about me, I don’t like pop songs I like disintegrating tape looping in my little cabin in the woods.

Q – Do you really live in a cabin in the woods?
Yes. We’ve lived here for a few years and its really nice. When I “come into town” (and that’s what we say here… go into town) it always takes me a while to get used to being surrounded by so many people. I’m used to like 4 or 5 people being around me at home and to go to the ‘city’ is overwhelming. I can’t concentrate when I’m around so much human stimulation! We just live 30 mins out side Victoria, so it’s not like we’re out in the clearing? or anything, but still I’ve gotten used to being a little removed from the buzz of the city.

Q  – Do you have the internet in your cabin?
Yes, we do, and we have neighbours and everything! haha. We’re not like Hansel and Grettel or anything. I don’t think they had the internet. Or they could have called for help.

The internet would have solved all of their problems!

Q – Finally, do you sing Karaoke?
Yes, I do like Karaoke. I like The Pretenders, although that’s more for myself than it is a crowd pleaser. I also like singing Abba.. I love Abba. I like “knowing me knowing you” .. Its not one of their main hits that everyone would know, even though its on Abba Gold!

You should get the Mama Mia DVD they have a Karaoke option that includes all lyrics.
That sounds great.

Thanks so much Kathryn, we look forward to having you in Hamilton.
Thank you for the interview. That was a fun talk.