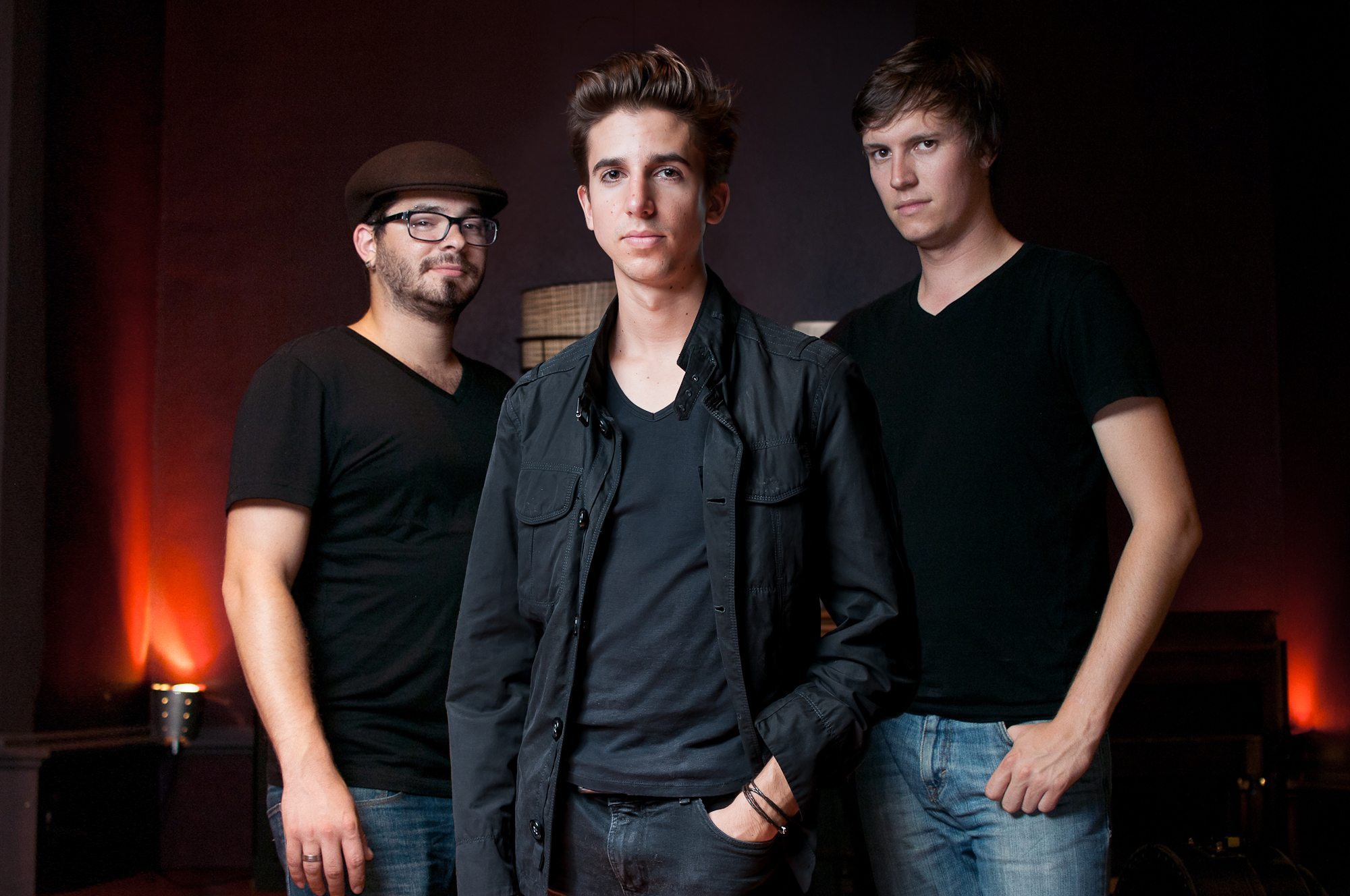 An Interview with Jordan Haller

Jordan Haller is a Burlington based singer song writer who makes gorgeous pop music. After speaking to Jordan it became clear that he is a guy who cares about the fine details. Perfectionism isn’t something that gets brought up a lot in these interviews but it is definitely a factor in Jordan’s music. The debut EP “Drifting” sounds perfect. I was blown away after listening to this for the first time by combination of technical mastery on the recording side, and the well written and performed pop songs. Jordan is a part of the new ‘diy’ generation that’s benefited from access to technology and the easily available training. Rather than waiting for a ‘record deal’, people like Jordan figure out how to record and edit and then seek professionals for the last step. Youtube and social media are also hugely beneficial to young artists and taking a glance at Jordan’s Youtube page makes me wonder why more artists don’t take advantage of that audience.

We caught up with Jordan to get to know him and his music a little better. Make sure you check out his EP release show Saturday, January 10th at This Ain’t Hollywood. Details here.

Q – Congratulations on releasing your first EP. Can you tell us a bit about how this EP came together?
Thanks! It kind of just happened as a natural next step. I’d been playing a few shows around town with my band, and I just really wanted to have a physical product out there that I could give people and show them what I’m all about. So I took a few weeks off from playing, locked myself in my studio for six hours a day, and made it happen.

Q – When, and how did you get into making music?
About ten years ago my parents told me that I had to take music lessons, and they gave me the choice of either guitar or piano. I chose guitar, and after the initial few weeks of hating every second of it and not being able to feel my fingertips, I started to love it, and I’ve loved playing ever since. It took me a while to find my singing voice. Sometime in 2010 I started writing some songs halfheartedly, just as something to do to make playing the guitar a bit more entertaining, and then after a couple years of that I started to get more serious about writing and carving out time in my day just to write, and it kind of just snowballed from there.

Q – Who are some of your main inspirations?
John Mayer is a big one that everyone seems to pick up on right away when they hear my stuff. He’s definitely my biggest musical inspiration. Other than that I have a pretty wide range, from the singer-songwriter types like Jack Johnson, Damien Rice, and James Bay, to the more upbeat poppy stuff like Gavin DeGraw, Andy Grammer, Sara Bareilles, Vampire Weekend, etc. I think as an artist, what you’re listening to has a huge impact on what you create, so I’m always trying to find new stuff to listen to and get inspired by.

Q – Your sound is very polished and professional – how hands on are you with the production of your music?
Thanks! I recorded most of the album myself in my home studio. Then we did drums and bass at our jam space in Burlington, and one track – Second Chances – at Catherine North Studios in Hamilton. So I’m pretty heavily involved in the whole process. After recording was done and everything was sounding pretty close to how I wanted it, I took the whole thing to Mike Monson in Hamilton and spent a few days mixing it with him, and then a few more days going back and forth with tiny changes and tweaks until it was all perfect. Then for mastering I sent it off to the wonderful folks at Mojito Mastering in Toronto and they turned it into the final product that you’re hearing now. I’m a bit of a perfectionist in most things I do, which usually means I end up procrastinating or just scrapping a project entirely if it’s not at the level I want it to be at, but I think that’s actually a good thing for the kind of music I’m making. In some genres it’s important to have that grungy, under-produced feel to it, but I think with this more pop-oriented stuff there’s a certain level of polish that people expect, so I wanted to make sure I delivered a product that was up to par with what I’d want to hear myself.

Q – I’ve spent some time on your youtube page and you have really good looking videos. Do you do these yourself?
Yeah, the videos are a fun little side project that I do when I get stuck on original material, or sometimes I just hear a super catchy song on the radio that I want to play with and turn into something of my own. The earlier videos I had some help with filming, but these days I just throw the camera on a tripod and do it all myself. I do some video stuff on the side for local bands sometimes. I think a lot of people in the music scene around here are multi-talented, either by choice, or by necessity – needing something that can pay the bills. I like the idea of people with different skill sets helping each other out and exchanging services with each other where they can. For example, I recently filmed a music video for Quails in the Nest for their song “These Days,” and then a couple months later Mikey helped out by playing trumpet on The Otter Song for my EP. So it all kind of goes around if you let it.

Q – What’s it like being a relatively new artist in the Hamilton / Burlington music scene these days?
Burlington has a pretty booming punk scene these days, but there’s not much room for an acoustic pop artist like myself, at least not that I’ve found yet. Hamilton on the other hand is absolutely incredible right now for new acts. There are tons of open mics/coffee shops happening all around the city, and all the venues are great about booking new acts constantly. There are so many great people contributing to the scene right now in Hamilton, it’s awesome!

There are so many great people contributing to the scene right now in Hamilton, it’s awesome!

Q – What do you have planned for 2015, musically speaking?
2015…Well it’s pretty early in the year to tell right now. We have the album release show this Saturday at This Ain’t Hollywood, and we’ll probably play a few more local shows in the coming months to support the EP. After that, who knows. I’d love to break into the Toronto scene a bit and get some shows going in the big city. Maybe a full length album later in the year? I’m always working on new material, so I’m looking forward to whatever 2015 brings!

8) What are you listening to these days? Can you recommend a track?
I just got really into this duo from New Zealand called “Broods” this past week. They’re so good! Their song “Bridges” is definitely my number one jam right now.