An Interview with Del Bel 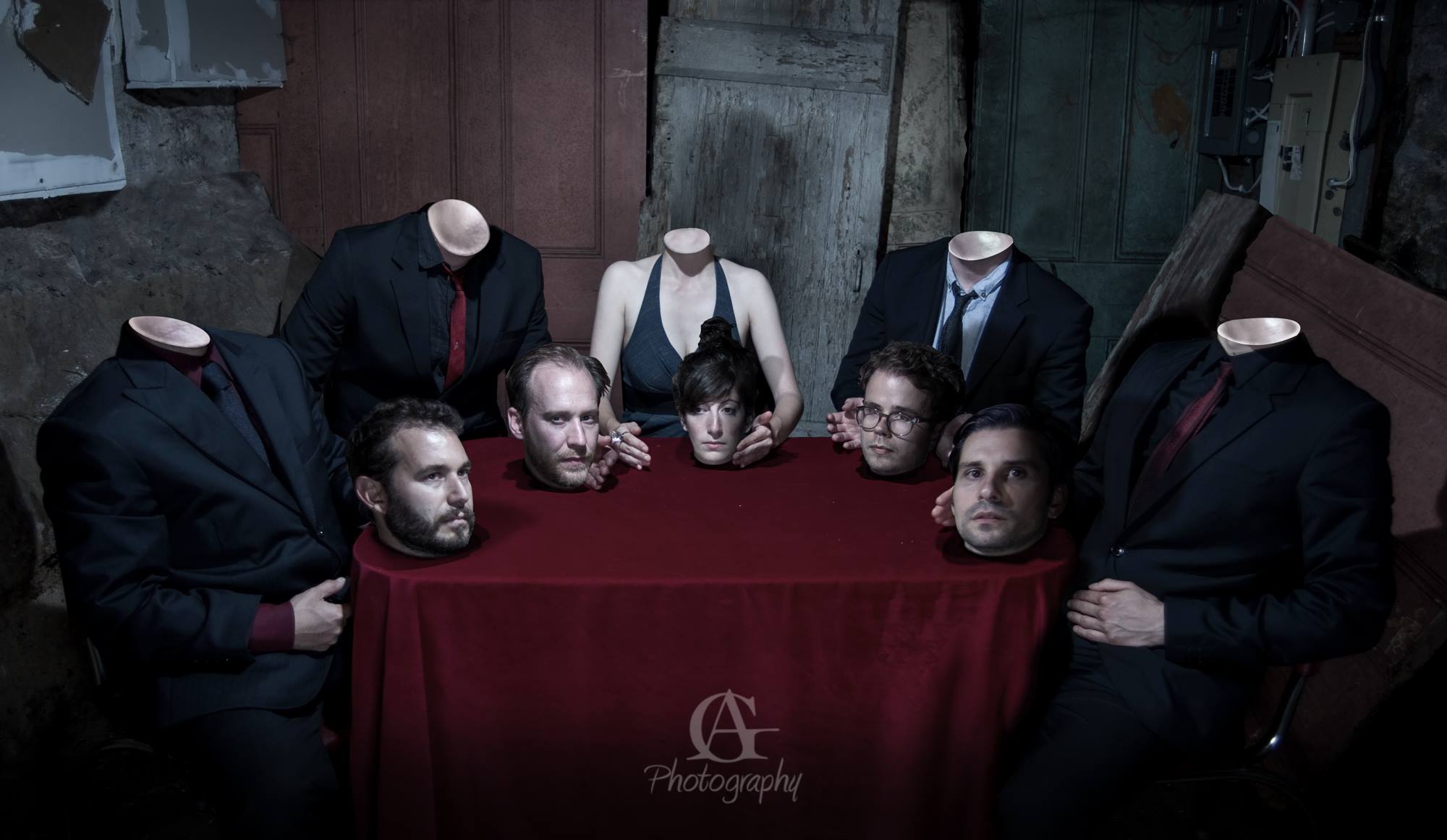 Del Bel is a Toronto / Guelph based band that is often described as ‘pop-noir’. That seemingly strange label makes a lot of sense if you listen to their music. Each song sounds like it was ripped out of a movie scene- and that is because some of them have actually been taken out of movie scenes. More on that later. Del Bel’s composer and fearless reader, Tyler Belluze, took some time to talk to me this week about the newest Del Bel album. Tyler is a busy guy. Besides his work with Del Bel, he manages to find the time for his other musical projects Legato Vipers, as well as playing with Fanfare Ciocarlia and Gregory Pepper and his Problems. On top of all of this Tyler is a classically trained musician who has played with various symphonies and who currently teaches music as a private music teacher. All of these different projects, and the classical training, is apparent in the music of Del Bel. From the sweeping epic tracks, to small quiet moody tracks, each of their songs tells a story and each song is full of technical mastery.

Q – Congrats on your latest album, it is fantastic! Can you tell us a bit about how it came together?
It took several years to get the album finished mostly because I took my time working on it and judging it. At one point, it sat on a shelf for a year because I wanted to get some distance from it. I guess I didn’t want to second guess myself and the choices I made on the album. I usually obsessively listen to the songs over and over again, every minute of the day. I wonder “Would anyone else like this?” Eventually I get the band together to flesh out some of the ideas. There is no exact formula for the way we do things. One thing that was different this time around was that Lisa, our singer, was involved in the album earlier on in the process. She was able to write the songs as they were being formed and I think that was a good decision. She came in after the album was done, for the first album. I don’t know how she does it.

Q – How did you come to this sort of ‘pop-noir’ sound? Was this an intentional choice?
I’ve never really had the opportunity to be musically creative like this in my previous work. I’ve always played with symphonies and I’ve learned other people’s music. This was the first real chance I had to create something with my own imagination. I went through a bit of a rough patch in my life when Del Bel was formed. I lost my career and had to move back home. Times were dark and the music I started creating reflected that. I guess that’s where the sound first started coming together.

Q – I’ve read online that you’re a hip hop fan. Is this true?
Yes, I love hip hop. I like repetitive loops of beats and sounds that makes up a lot of rap music. I enjoy the fact that the music doesn’t always focus on individual sounds but the overall feel and vibe.

Q – The use of horns in your music is such a great touch. Horns are under utilized in my opinion. How did you get a brass section into your band?
It happened by chance. During my ‘dark period’ of moving back home after loosing my career I played with the Kitchener Waterloo Symphony and I met a trumpet player. That trumpet player and I became friends and we hung out a lot while I was depressed. We’d drink, recording music, and hang out in my parents basement. That’s how we got brass into Del Bel. We tour with one trumpet player but there are actually several brass musicians that come and record with us. We had 11 members in Del Bel at one point and it became a logistical nightmare. It’s hard to make it work with 11 people. Traveling alone was a huge challenge. Now, it is the six of us and we are a more compact travel friendly unit. 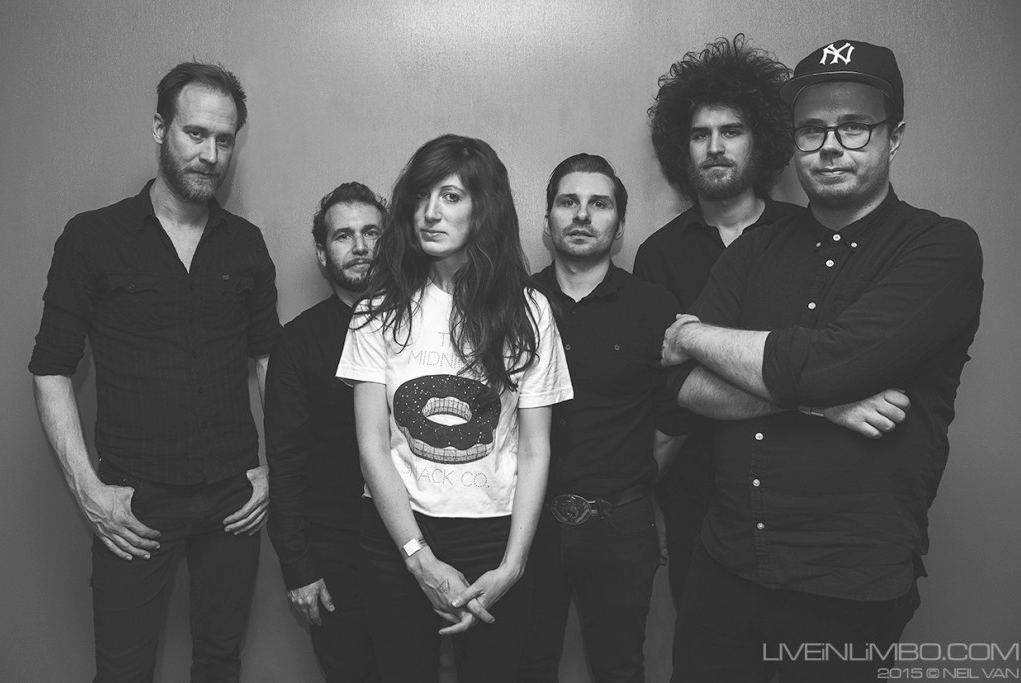 Q – Can you tell us about your connection to B-Movies, and the film industry in general?
My university roommates moved to Los Angeles to work as editors for film / TV. We kept in touch and at some point one of them was working on a B-Movie and asked me to contribute a score. I was sent a series of still images (no video) and I had to create a vibe and a feeling based off those photos. Each scene became a song. Luckily everyone liked what I came up with and I was asked to do something similar again. Since then I’ve dabbled in playing live scores to classic horror movies and things of that nature.

Q – If you could re-record a score to a horror movie which movie would you pick?
It would have to be the classic Rosemary’s Baby

Q – Have you seen Babadook?  That is an Australian made indie horror movie that’s probably the best horror movie to come out in many years. The movie is great and the soundtrack is great, too.
No I haven’t but that sounds cool. I’ll definitely check it out.

Q – How was your experience on the CBC?
I was nervous as shit. I’ve never done that kind of interview before and I didn’t know what to expect. It’s a whole other animal. We had to be there so early to load in and find parking and everything. I think we showed up around 7am, which is super early for musicians. I clamed up a bit in the interview but we got lots of nice messages from people afterwards, so I guess it went better than I thought. We got lots of CD orders and half were from the US which was neat. It shows the wide reach that the CBC still has.

Q – What do you guys have planned for the spring / summer?
Well, I will be going on a bit of a tour with Fanfare Ciocarlia at some point in the summer. Otherwise we are in the works of confirming a few festival appearances. We’d ideally love to travel to the East and West coast at some point this spring / summer.

Q – Do you listen to any bands from Hamilton?
I really like Harlan Pepper. My band Legato Vipers has played with them and I think they are great. They are quite a bit younger than me and it was neat to hang out with them. They are incredibly talented guys who deserve more recognition.

Q – Can you recommend a song, or an artist for us to check out?
Check out Nujabs – it was recommended to me by one of my 10 year old music students.